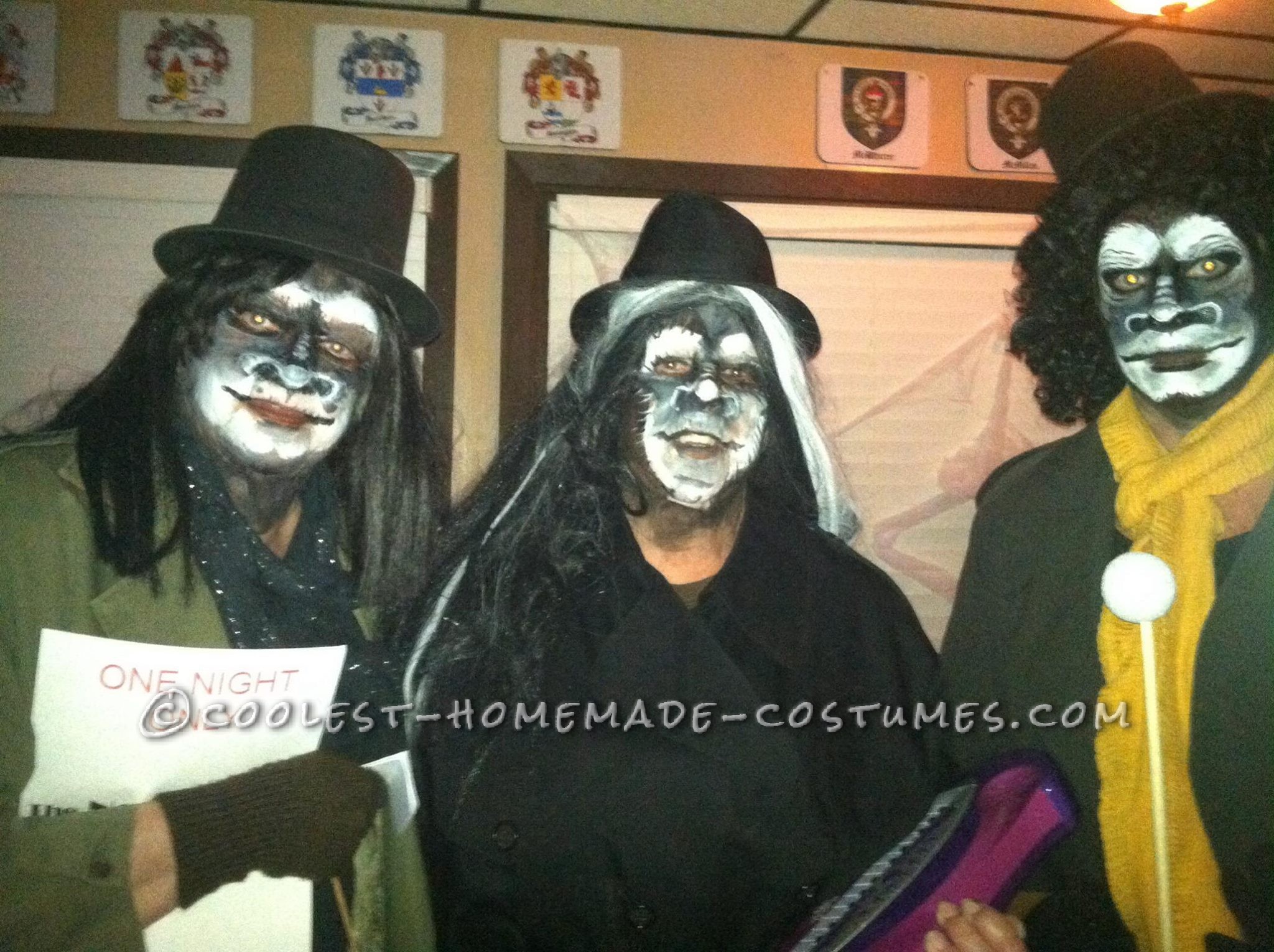 I always loved Ernie Kovacs. He had a TV show and was in movies when I was in my heyday in the 50’s. The Nairobi Trio was a group he had on his show, they were three monkeys playing in a band. Sometimes they had secret guests inside the costumes. Frank Sinatra did it once. Usually it was Ernie, and Edie Adams .

The monkey heads looked too hot so I decided to use face paint. I ordered it off line. We bought hats that were similar and got coats from Good Will. The props we used were a wooden baton, kiddy piano, and knockers we made from styro foam, a plastic banana and a fake cigar.

We arrived and handed out peanuts in the shell and placed printed foldovers on tables saying “Nairobi Trio” one night only. Later we do the routine like on the TV show. We taped the music from the Video online and played it for the skit. Nobody knew who the Nairobi Trio was but they laughed and laughed at our act. We won first prize. I did this with my 75 year old friend, I am 78 and my 50 yr old daughter. 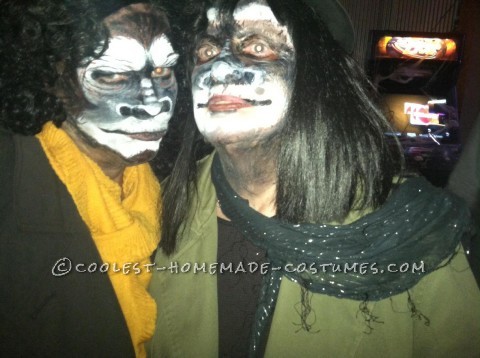 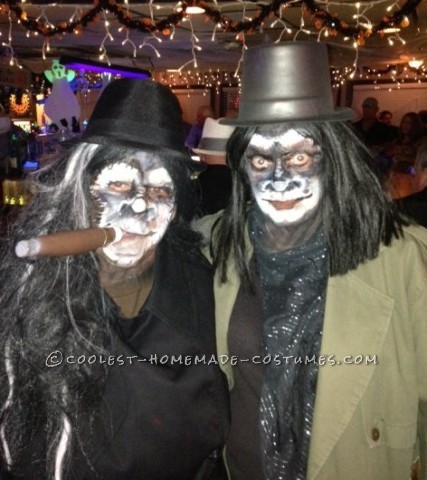 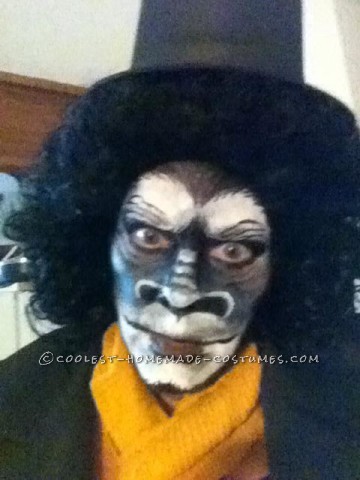 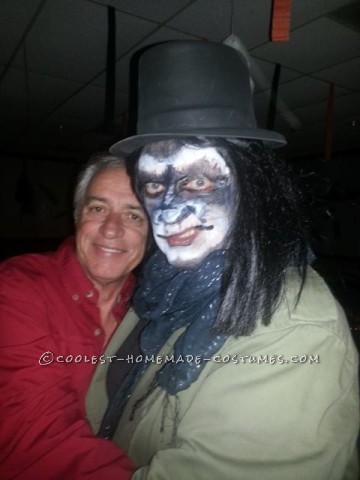