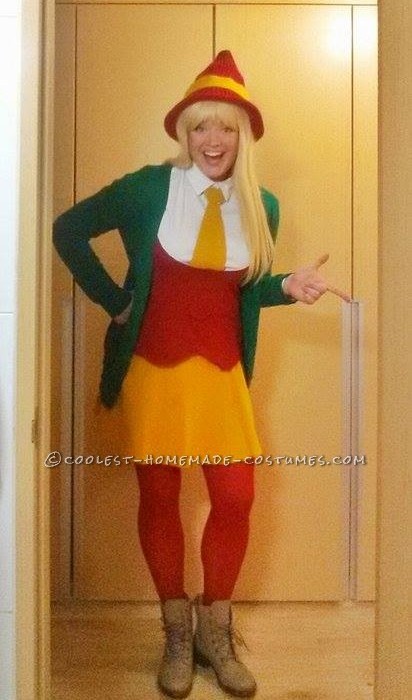 Living in a foreign country has always proved to be a bit challenging. It takes much more effort to find what you need to produce a costume then going to your local thrift shop or craft store. Supplies are limited, and finding things that fit you is even more difficult, not to mention the hours you work and the hours business operate never seem to be in your favor. I always want to do something really cool, but then before I know it, Halloween is at the end of the week, I have not been able to find what I want and I am stuck scrambling for an outfit that is awesome, original, and makes people say something.

This year while scouring the internet, I came across an idea to be a Keebler Elf, I have seen it done in male form, but the idea of making Ernie into a female sounded like something new and fun. As mentioned earlier, my supplies are quite limited here living in Korea, so a sewing machine and making my costume from scratch was not an option. I went to the local “fashion” store and began my search for things that would work.

I ended up buying: one white button down shirt, red tights, a red tank top, two yellow skirts, brown boots, and a red stocking cap; I already had a green cardigan. I used the red tank and cut it up and glued it together to become a waist vest. I then used one yellow skirt to make a tie. I cut out a template from paper and then ended up fixing the tie around the paper to make it a little more sturdy. I then used another part of the skirt to form the yellow band that goes around his hat. I wanted it too look as much like Ernie as possible, but give it a feminine twist. I changed his yellow knickers into a yellow skirt and then added a long white/ blond wig with white eyebrows to add girly charm.

I always want to have a costume that makes people look and see things that are less clique. I unfortunately had to explain who I was a lot, as The Keebler Elf and his products are less popular these days, and as mentioned earlier, I am currently living in Korea, but once I showed the picture, everyone was amazed at how well I did. I ended up winning one costume contest for a $100 dollar bar tab the day before Halloween, but unfortunately I work at a bar and just had to go with the compliments the night of Halloween! 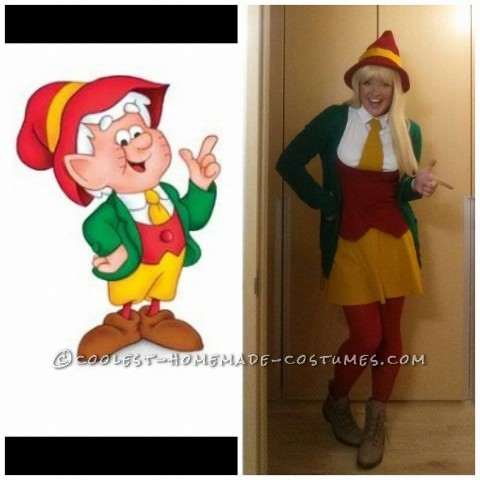 The Real Annabelle: The Living Dead Doll from Your Nightmares!