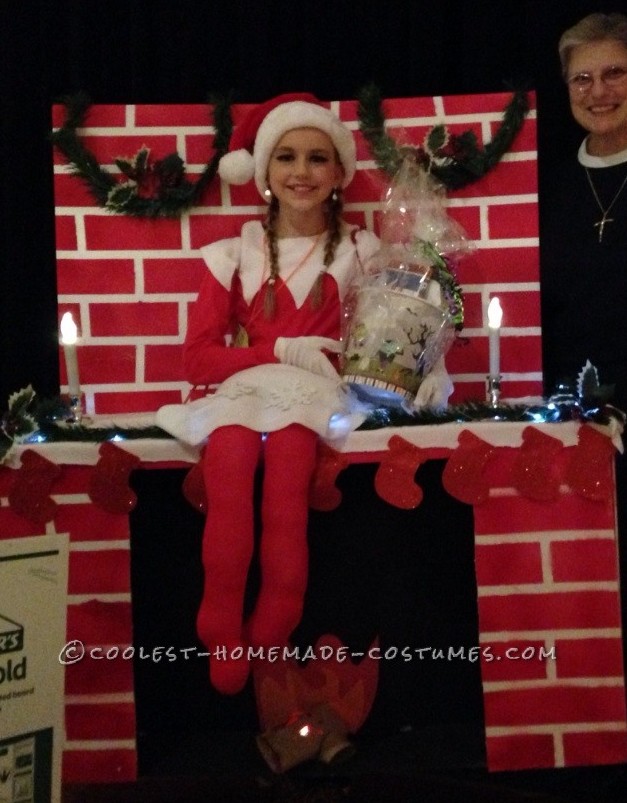 This Elf on the Shelf costume idea was foes after my daughter won first place in the school costume contest at last years Halloween party! I created a demon! Haha! She was determined to win again this year so the pressure was on!

I brainstormed and somehow came up with an Elf on the Shelf idea! I did some internet searches for ideas but could not find this costume with a movable shelf. So that is how the idea of the functioning fireplace and mantle came to be! The costume was fun to make with 98% of the materials used purchased at the local dollar store!

The most frustrating part was peeling the tape off without it ripping the spray paint off with it. To avoid this from happening I would use blue painters tape! Otherwise it went with ease and took about 3 hours! T

he best part was all the traffics she stopped while walking to school with the costume on! It’s not every day you see a fireplace with an elf on the shelf walking down the street!

Elf on The Shelf Costume for a Boy