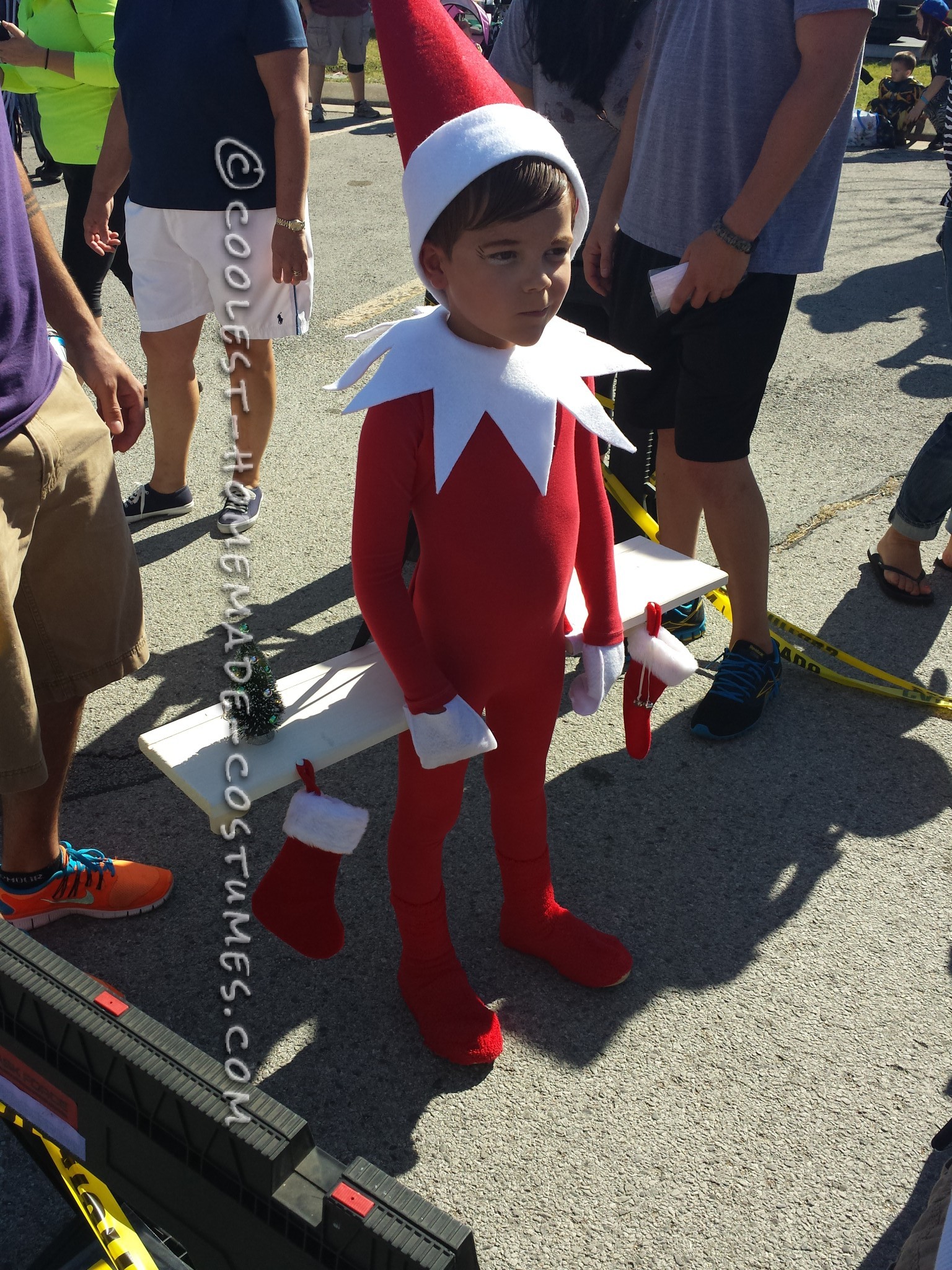 Well to start off, my son Trace who is seven came up with the idea of being the Elf on the Shelf. He has one; his name is Woody the elf and Trace absolutely loves him. He really wishes he could be around all year.

So the search for the elf on the shelf stuff started with trying to find a body suit. I looked online and thought about getting a morph suit. Ended up going to a girls dance store and getting a white body suit. I got some dye and dyed it. I ended up having to dye it four times to get the perfect color. I had to mix a cherry red with a little bit of orange. That really was the most time consuming and difficult part of the costume.

Next I got some felt and hobby lobby just red and white. I just free handed the white hands and the collar. I used hot glue to put them together.

For the hat I used a poster board for the cone and hot glued felt onto it. We bought the wood shelf at hobby lobby. I originally thought I was going to use Styrofoam, but it ended up being just as much as the wood shelf. We painted it white and glued the stockings and the tree to it.

We cut a U-shape big enough for his body to fit into to make it look like he was sitting on a shelf. Stapled straps to the shelf for it to go around his shoulders. We entered him in the Boohaha in Tulsa OK. He won first prize in his age group (7-8) and won the best over all costume at Boohaha.

Everyone kept telling him he looked just like the elf on the shelf. He was a pretty excited boy!

Elf on the Shelf Costume