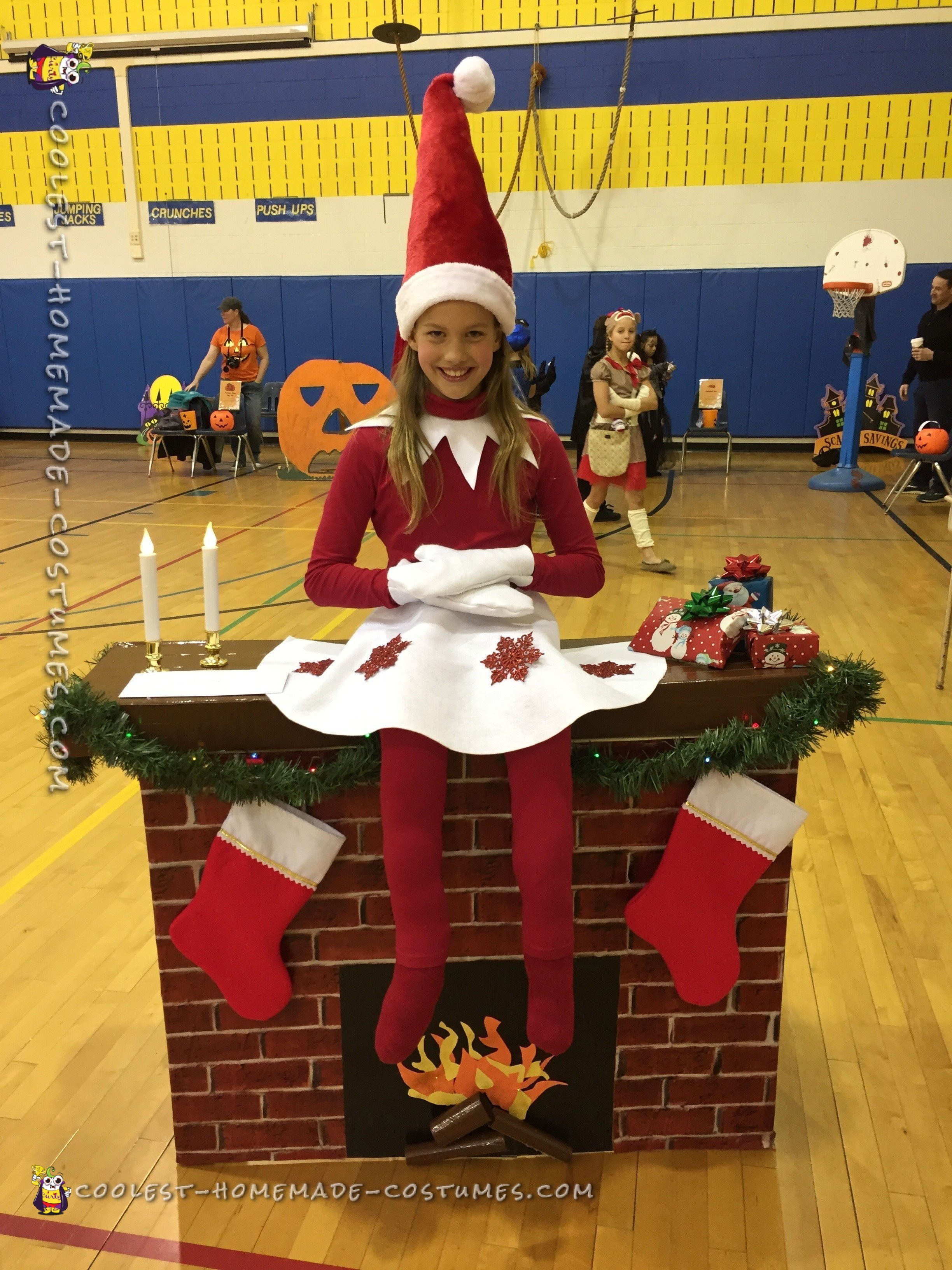 I made this DIY illusion costume for my daughter. I always enjoy trying to come up with unique costumes for Halloween but this year winning the school Halloween Fun Fair Costume Contest was all my daughter could talk about. It had to be GOOD and it had to be different!

After numerous hours of searching the internet I came across an Elf on the Shelf costume and since my daughter loves her elf it was a GO! Boy did we go all out!

Then came the challenging part. How to make a fireplace that she could move but it didn’t look like it was attached to her. I racked my brain for days and then decided to just go for it.

Next came the fun part, decorating the fireplace.

Everyone came running up to my daughter as soon as she arrived. They LOVED IT!

I honestly got tricked more than once when I looked at my daughter. I thought she was actually sitting on the mantle and I yelled at her saying it was only cardboard and she was going to ruin her costume. LOL!

My daughter won BEST IN SHOW, the top prize and was extremely happy!

The nice part was she didn’t have to take the fireplace with her during the entire Halloween Fun Fair. There was no way it was making its way through the haunted house, so she was able to “park the fireplace” and she still had the elf costume on. Plus, she used the stockings as her treat bag.

This DIY illusion costume was so much fun to make and it was so rewarding to hear all the comments from parents, teachers and my daughter’s friends! It was a HUGE SUCCESS!!!

People are still coming up to me and commenting on how creative and amazing the costume was.

Coolest Deer over a Fireplace Costume

Elf on the Shelf Costume

Elf on The Shelf Costume for a Boy