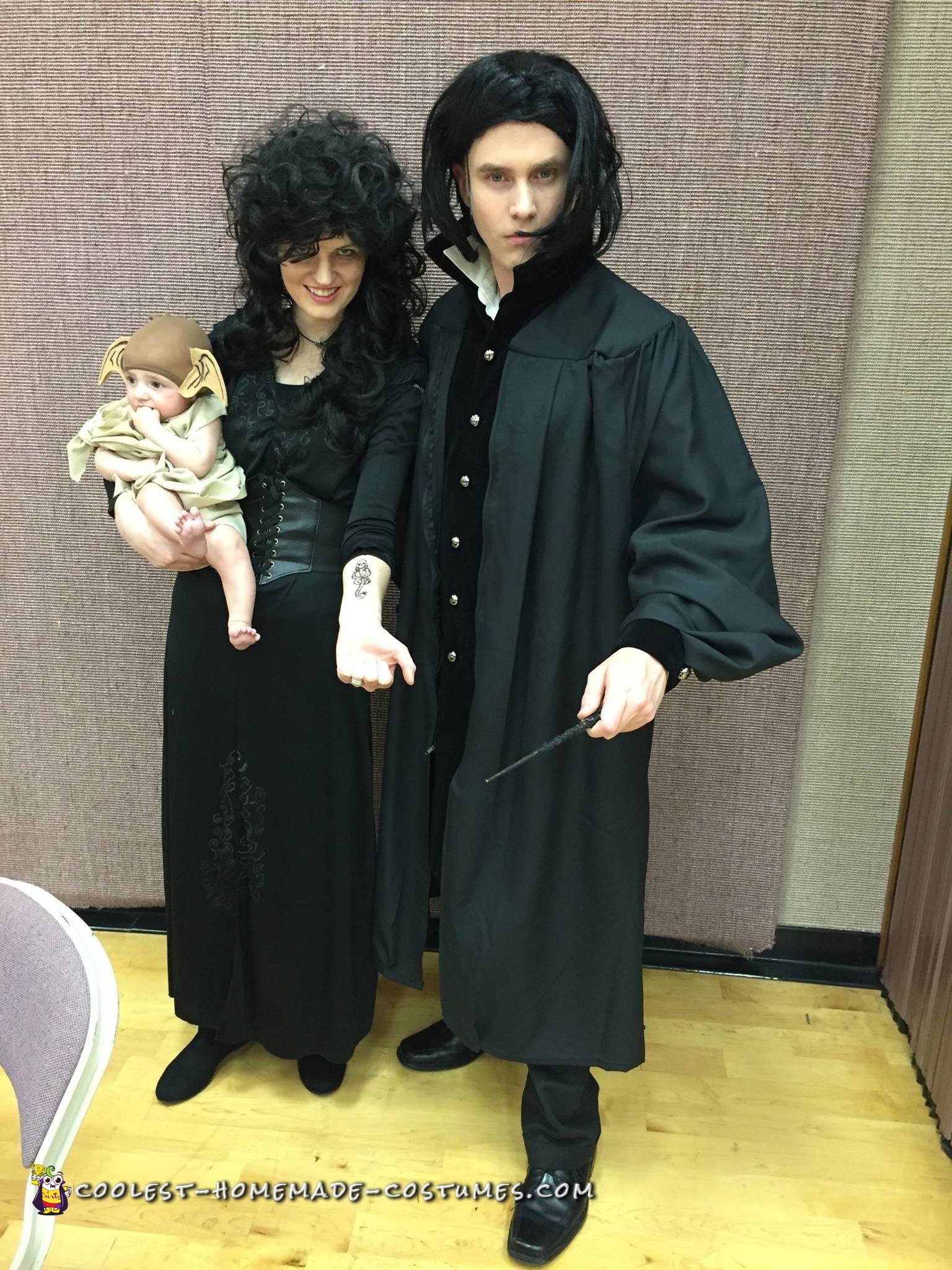 This year was my son’s first Halloween so I didn’t want to disappoint. My husband and I are known for going all out in our Halloween costumes (only though we only attend friend’s parties) and we were beyond excited to get our son in costume! We researched online and we got the idea for him to be Dobby the House Elf. My husband and I are huge Harry Potter fans and this idea was perfect for us!The next difficult part was coming up with who we were going to be. We both didn’t want to be main characters, because adults as main characters can look kind of weird. We came up with my husband as Severus Snape and I was going to be Bellatrix Lestrange.

My sons’ costume was by far the easiest and the most adorable! For his ears we made them out of felt and hot glued them to a wig cap. We then found a pillow case at a thrift store, dirtied it up and cut it to fit our son. We also made little shorts out of the spare pillow fabric in case of a diaper emergency. He looked beyond adorable and he didn’t mind having a hat on! Score for the parents!

The Snape costume was a little more difficult. We were building it all around my husband’s Master’s Graduation robe. We combed thift stores until we found the jacket and then we just added a white shirt and black pants. We used a Michael Jackson wig that we bought online. We made wands out of chopsticks, hot glue and paint.

My costume was Bellatrix. My wig was also one we bought online. I believe it was a “California seductress” wig. It was suprisingly cheap (less then $15) and I just needed something that was black and crazy curly. My dress started out as a costume “sexy sorcercess” that I found at a thift store. I pulled out my mad sewing skills (AKA called a friend who could actually sew) and cut up the sleeves and sewed them back on with leather cords. Kind of a huge pain but that’s what Bellatrix’s dress looks like. I then made some swirly designs with a silver Sharpie. I then just had to throw on another black skirt for layering, black boots and I was set!

We did not go to a party that had a contest but were told by multiple people that if they had one we would have won. We got the best reactions from people! Our friends had to do a double take to see that it was us under those wigs! Everyone loved our son’s costume. He was just so happy and made for the perfect Dobby. I kept telling people that the best part of his costume was that the more he spits up on it the better it looks! It was a magical evening. 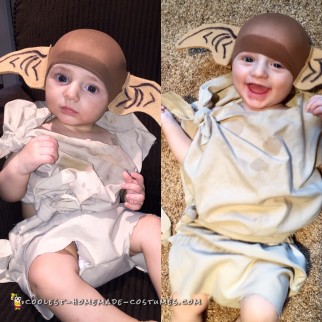 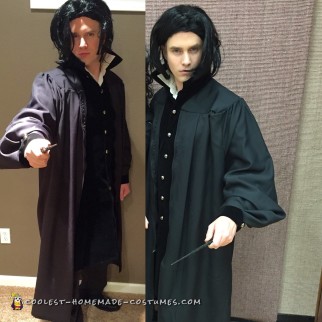 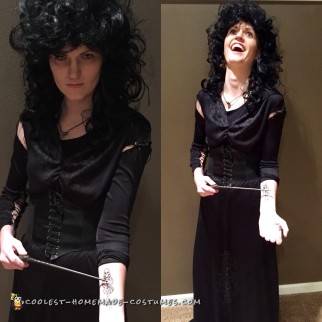