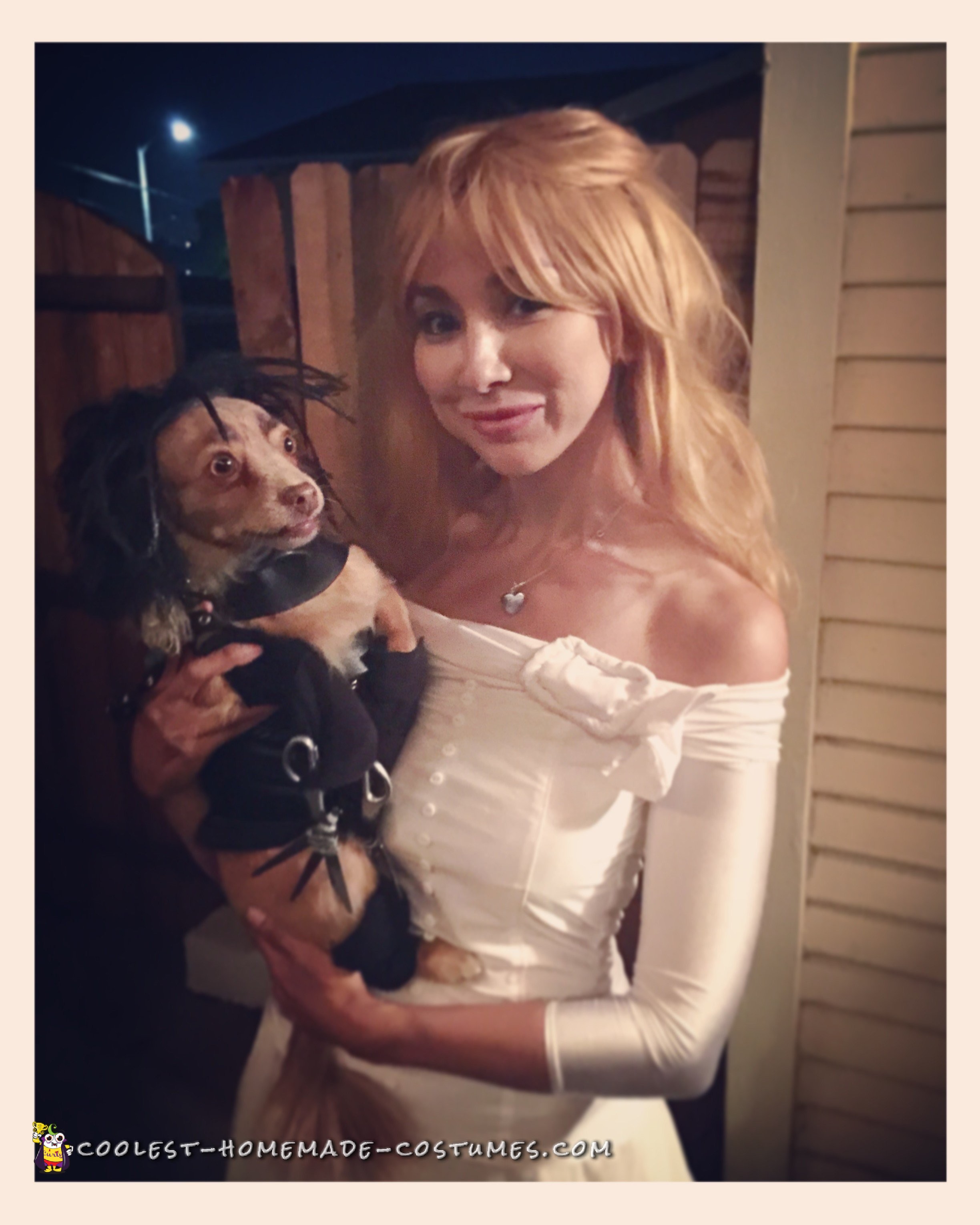 Ever since I started needing a service dog, I knew Halloween would be annoying with people asking me about my dog. So I decided we would always wear duo costumes so people would focus on the costume instead. I had another costume in mind for Halloween this year, but Danny Elfman brought Halloweentown to the Hollywood Bowl this year, so I decided a Tim Burton character was more appropriate.

I wanted to re-create the scene in Edward Scissorhands where Kim wants Edward to hold her but he can’t, because of his scissors. She then puts his arms around her anyway and they share a warm embrace. My dog is small enough that I can carry her everywhere so this seemed like a natural choice.

I had ideas for everything immediately, except for the scissors. I considering trying several different items-including silver hair clips and cardboard cut outs painted with acrylic. I couldn’t fathom not using actual scissors so I ordered the smallest and safest ones I could find. I had help breaking them apart and removing the handles.

The true fans of Edward Scissorhands knew who I was supposed to be, but anyone who saw my dog knew instantly that she was Edward ScissorPaws. A lot of people wanted her photo and though at times she was too happy to believably pull off the stoic look that Edward is known for in the film, she would play the part for the photos!