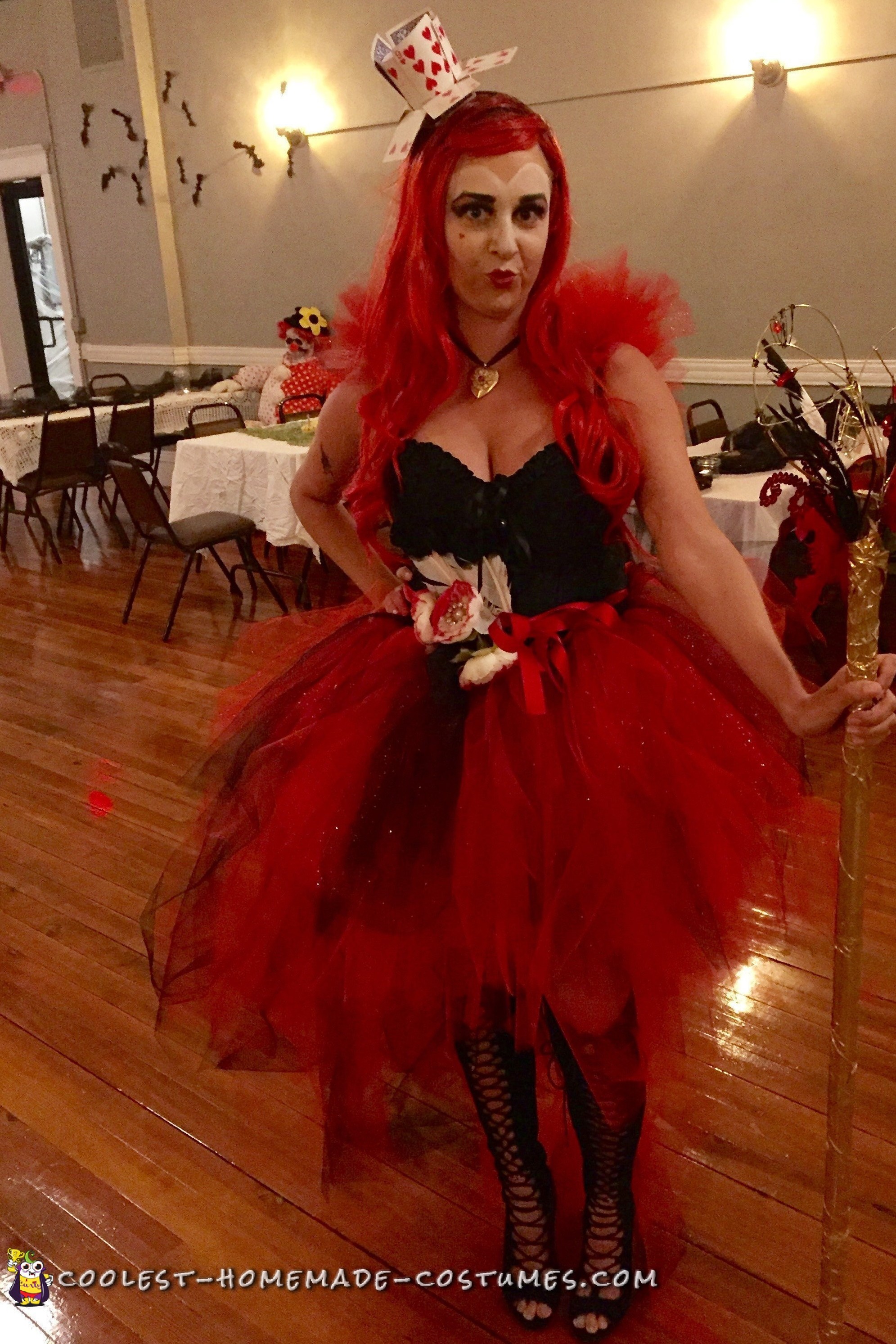 This DIY Queen of Hearts costume is hands down one of my favorite costumes to date!

I bought the wig, corset, and shoes online, but made everything else.

For the skirt, I just used 4 different kinds of tulle (black, red, red with glitter, black with glitter).  You can buy rolls of tulle that are like 6 inches wide, so i used that and then just cut it to all different lengths (long in back and short in front) and then looped it around a piece of ribbon (kind of like how you’d tie a luggage tag to a suitcase) that I had measured for my waist.

I made sure to leave plenty of extra ribbon and just tied it around my waist.  I also tied little short pieces of tulle to my bra straps to make the poofy shoulders.  For the roses on the skirt, I bought some white ones and then just sharpied some of the edges red, and then wrapped the wire into the tulle skirt so they’d stay in place.  I felt like it needed a little more white, so last minute I just tucked some black and white feathers in the skirt behind the roses too.

I made a playing card back piece/tail thing to go over the skirt by just taking a bunch of old decks of cards that I had lying around the house and stapling them together into kind of a long diamond shape.  Then to attach it, I just took two cards and folded them in half, then stapled them to the top of the diamond to kind of make a pocket that I fished more ribbon through and then just tied that around my waist as well.

For the hat, I stapled some playing cards around a red solo cup and then just kind of bent them into the shape I wanted.  Then I super glued that to a headband.

For the scepter/staff thing, I just bought a pole (it’s actually fake bamboo from Hobby Lobby because it was on sale, but you could use a broom handle or whatever) and then cut it to the length I wanted.  I made the top heart out of gold wire that I just bent into shape and then continued to wrap other pieces around until I liked how it looked.  I added some felt roses, red and white feathers, and just other random things that I found in the floral section of Hobby Lobby, and then attached all of it to the top of the pole with duct tape.  Then I used gold duct tape and wrapped the entire pole so that it looked like metal.

For the makeup, I used white eye liner to outline the heart on my face, and then just filled it in with white face paint, kind of blending it down so it was really opaque at the top but wasn’t so harsh at the bottom. I used red and black eyeshadow to do a super intense smokey eye, and then red liner and lipstick to do the heart on my lips (which lasted until I had my first drink and then you couldn’t tell it was a heart anymore haha).

I think all and all I probably spent 15-20 hours making it, and got tons of compliments on this DIY Queen of Hearts costume. 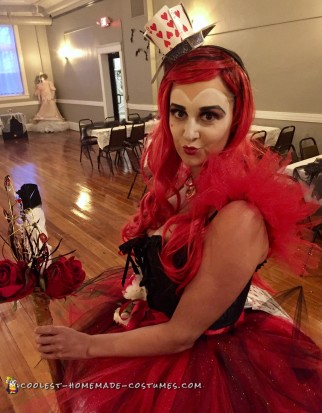 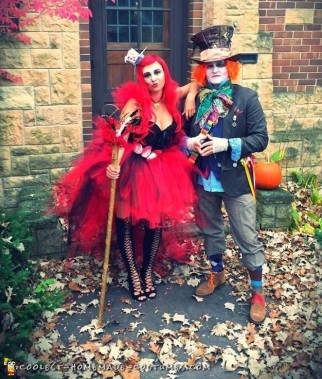 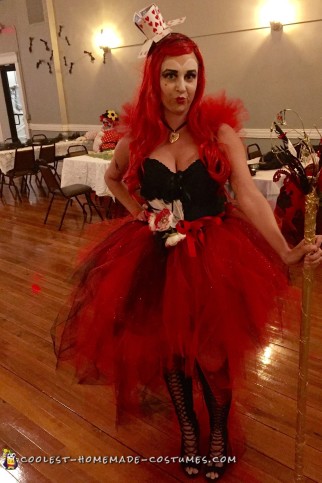