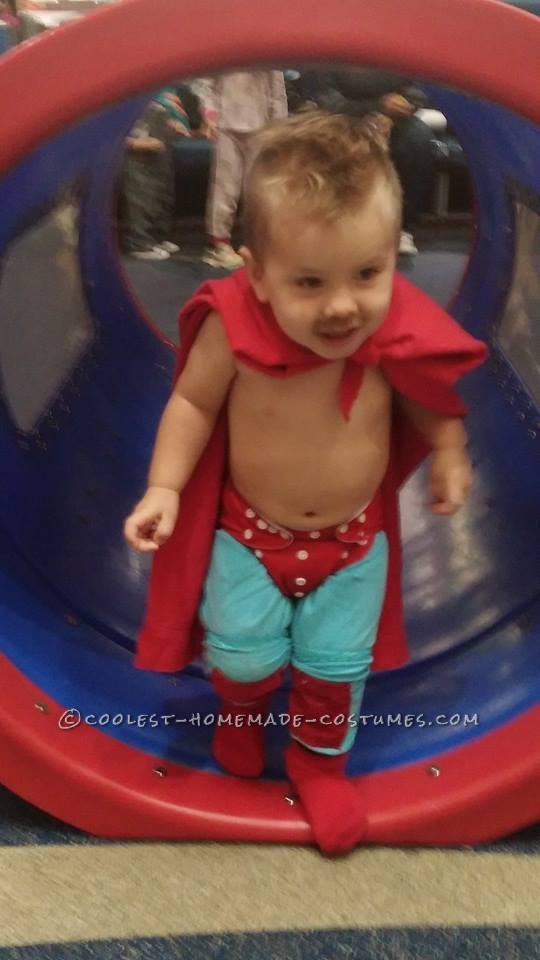 My girlfriend had done a search online for ideas for baby and toddler costumes. She has not seen Nacho Libre and has no reference to the character, only the look and it’s simplicity to duplicate. I was sent to accomplish this using as little money as possible, and “hurry, it’s a week before Halloween”. Naturally I sought out a Goodwill store in our area. I asked the cashier for help among all the racks and sizes in the store. I was shown a cape, which is hard to find in a second hand store. Also pointed out was a pair of red tights to match the cape, and a blue girls pair of underwear. The colors were all wrong but in a pinch it could all work. However, I planned to take inventory at home and come back on half priced Saturday. So I took the items and bunched them together and hid them or so I thought, in an obvious but not incredibly obvious location that I could easily remember two days later. When Saturday came I returned to the scene, but was disappointed to be unable to find any of my previously selected items. I had to start over. It was however for the best as I quickly found an appropriately colored pair of girls tights, they were too long but they could be altered. I found a red pillow case and envisioned it perfect with again some alterations.

I texted pictures to my love and was told to go ahead, and she pointed out that we had red cloth diapers to complete the look. Only thing missing were red socks and a brown mustache. Using brown eyeliner pencil we had our mustache. Using socks that were bright red and meant to be used for a five year old, we were nearly complete. Last piece of this point sized puzzle was to attach some cloth to the tights that would look like red knee pads. My girl’s mother is visiting and is pretty crafty with a needle and thread. I returned home from work to find a sewn outfit, patches and all. I applied the mustache and when my girl arrived, she cut the pillow case to fit over baby boys head. Off we went to the local mall that was having candy giveaways , live music, and a costume contest. Of course by the time we fought traffic and arrived when we did, the entry time for the costume contest has come and gone. The stores were mostly out of candy, no one sat still for the perfect picture to show how happy the baby was and how proud we were of his first real Halloween. Baby had fun, got lots of looks, burned off a lot of energy and got rewarded very little candy. All in all, a good night. 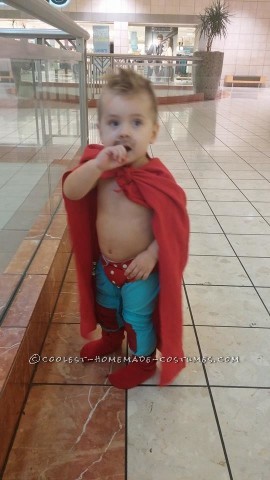 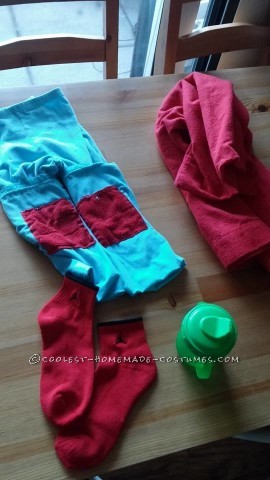 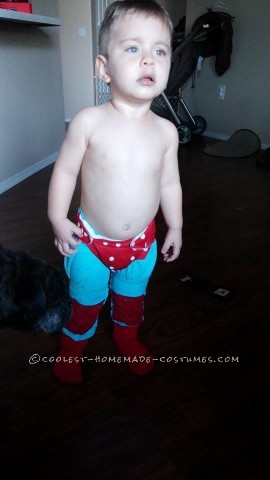 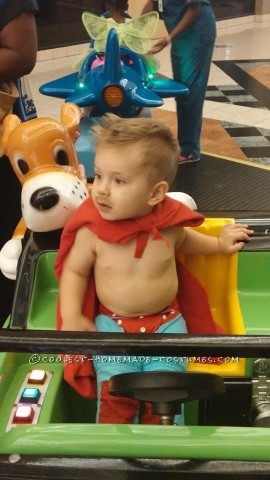 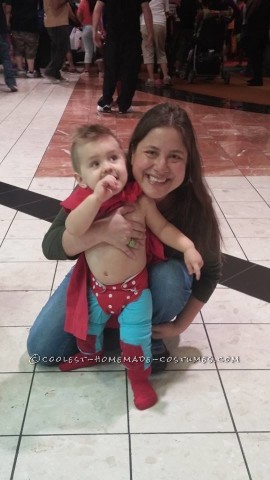 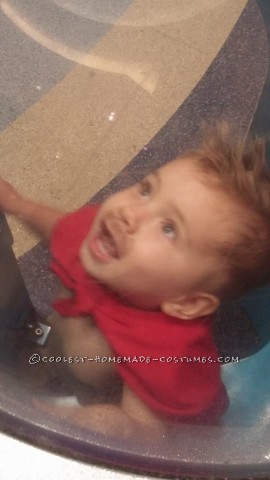 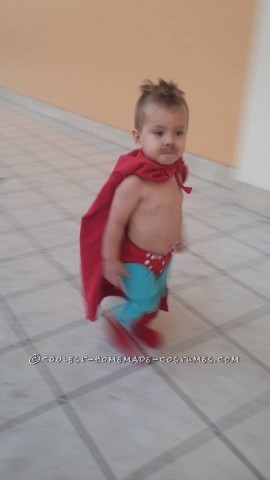 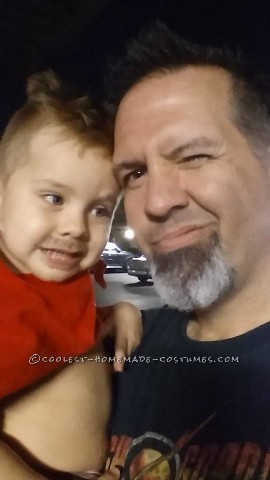