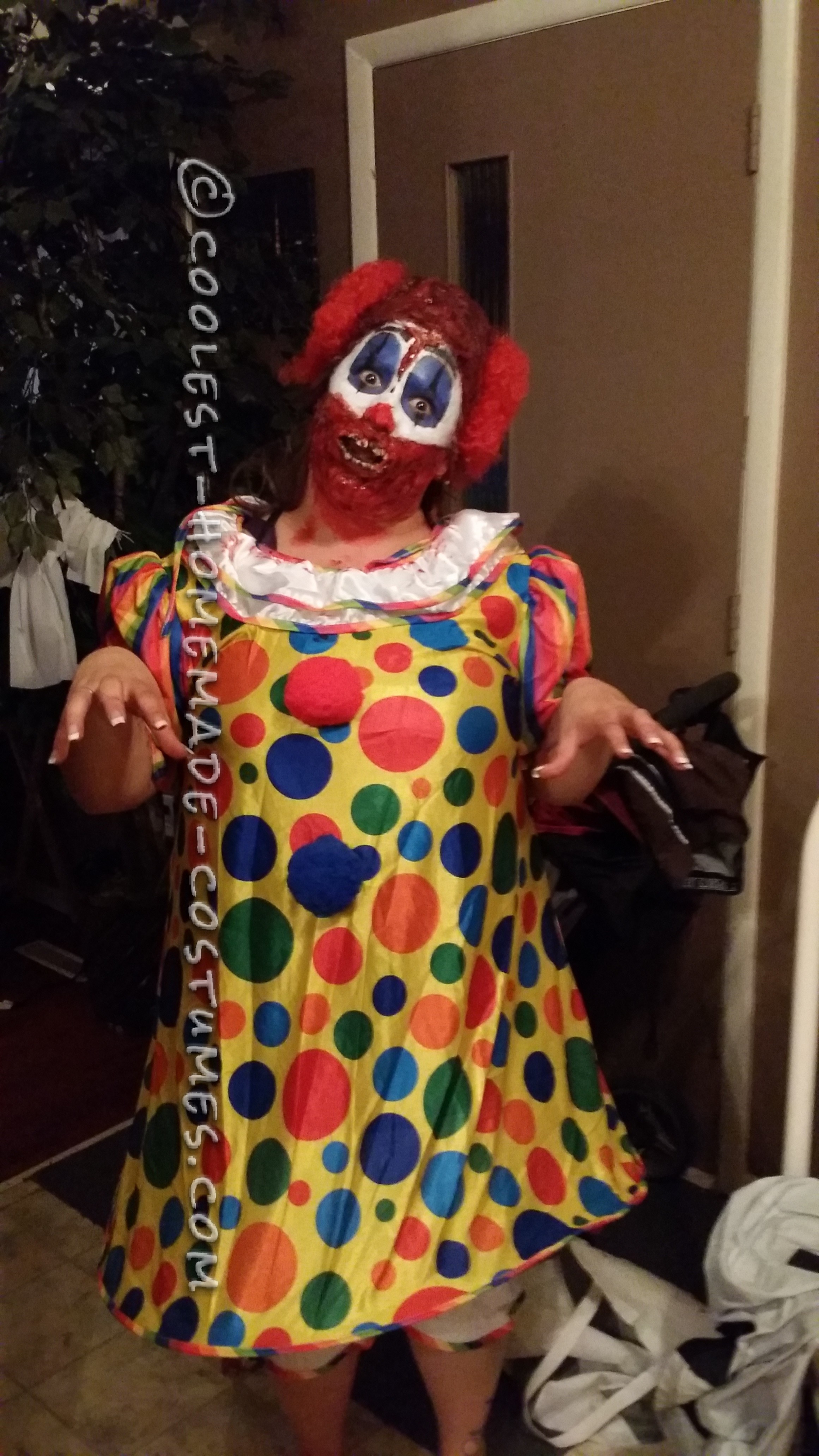 This Clown costume was the first in a long time as I usually don’t go out and dress up. My sister did this for me and it was definitely a lot of work.

We started making the wig a few weeks ago , we used gelatin and glycerine to make the bloody wig and proceeded to color in with paint all of the open parts to make it look bloody, it took a few hours. Then we practised the whole thing a few nights before Halloween. We started mapping out where everything would be placed (nose , eyes ,and mouth) she then colored in the eyes and nose, then the mouth piece which was made out of toilet paper and latex and lots of it — she put a layer on and let it dry and then another until she was happy with it.

She then put holes and scrapes in it to give it the desired rip look and then taking an ebony color and colored in the holes and scrapes. Then we took spirit gum and made sure it was completely stuck on. When we had the practice trial done, the mouth piece came off easy.

Halloween night we repeated all the steps except the mouthpiece just needed to be readjusted and latexed on, with more blood added . The hardest part for us was reattaching the mouth piece as it didn’t want to stick in a few areas ,the easiest part was doing the initial mouthpiece as she is wonderful with latex and loves doing what she does on Halloween.

People were grossed out by it as it’s a human fear for many (they really don’t like clowns), the ones who weren’t scared of me were amazed it wasn’t a mask or a bought wig and absolutely loved it. I didn’t win a prize but I was happy with the reactions and my sister did an amazing job!!