The idea of this costume came from the hit show American Horror Story; Freak Show. In this season, there is a new, terrifying character named Twisty the Clown. My boyfriend [Ryan] insisted that he dress up as the clown for Halloween. I thought “Greaaattttttt.” Two problems: the show premiered October 8th so I knew this meant there wouldn’t be a mask or costume to buy and next, I’m absolutely terrified of clowns.  This could be the challenge that breaks my fear, plus I love being creative.

The mask is the focal point of the character, along with being the most difficult piece to make. I started with a base of tin foil followed by paper mache layers made with newspaper and liquid latex. After about 5 layers, I added fake fingernails as teeth. I put hot glue along the top of the nails to make it look like gums. I didn’t think it was 3D enough so I used air-dry modeling clay to shape the lips, chin, and surrounding area.

Next, I put down a couple more layers of only liquid latex on top to keep everything together. All of the materials held up great! After all was dry, I painted the mask with acrylic paint. His attire was found at local thrift stores and the clown accessories were sewn on.

Being the artist behind it all was the best part because of  everyone’s reactions. Most thought that we purchased the mask from one of the local party stores because how great it looked. Others were extremely bewildered that it was Ryan. He was asked to take pictures with everyone, even people he didn’t know. The reactions were priceless and make me feel really proud about this costume. It didn’t help me overcome my fear of clowns but I might have found a new profession. 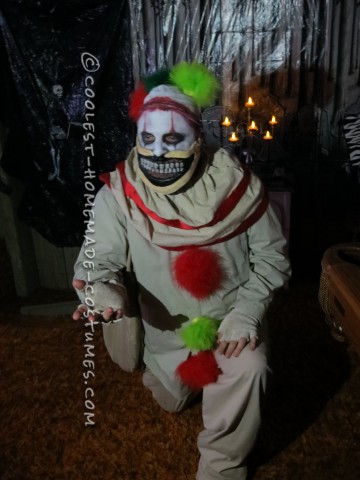 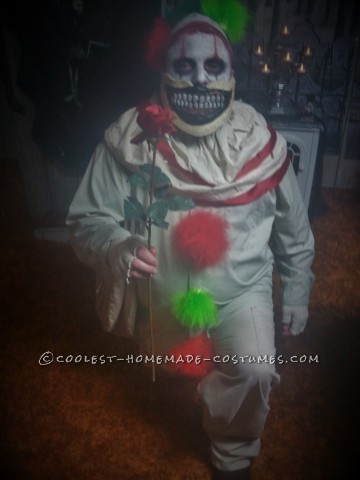