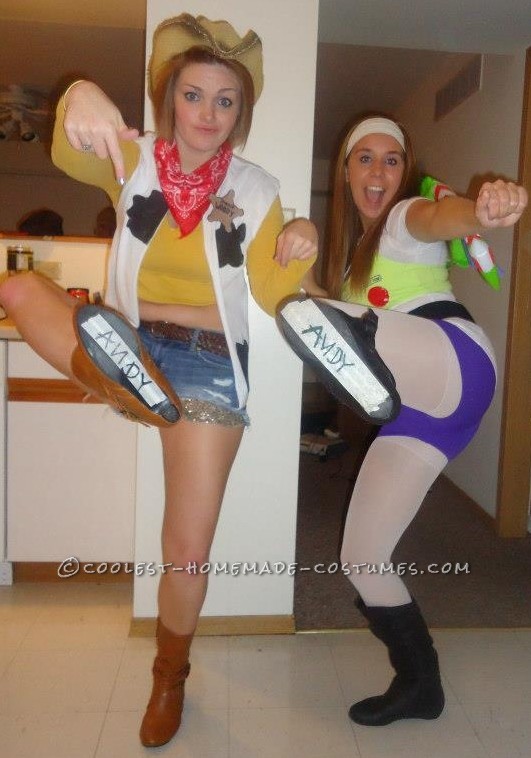 My friend and I were Buzz and Woody for Halloween. This couple costume was very easy to make and everyone loved them!!

For the Woody costume, my friend cut the sleeves off of a plain white T-shirt and cut it down the middle, making a vest. She used black fabric paint to add the cow print. She bought a cheap yellow shirt at Wal-Mart and cut the bottom making it shorter. She cut a star out of a cardboard box and wrote Sheriff Woody on it making a badge. The red handkerchief was bought at Wal-Mart and tied around her neck. Top off the costume with some cowgirl boots, shorts, and a cowgirl hat and you have an awesome Woody

The only thing that I needed to buy for the Buzz costume was the wings. I got inflatable wings for $10 off of Amazon.com. I had white tights and purple spandex that I wore. I used a green sport’s bra to put over the white shirt and used puffy paint to paint the “buttons” on. I wore a black belt around the waist and black boots. I got tons of compliments on this costume! You can make it as revealing or covered up as you would like. To make it more revealing, the white shirt could be cut shorter and you can wear it without tights.

And some masking tape to the bottom of the boots, write Andy, and you have two amazing costumes that are sure to get tons of compliments! 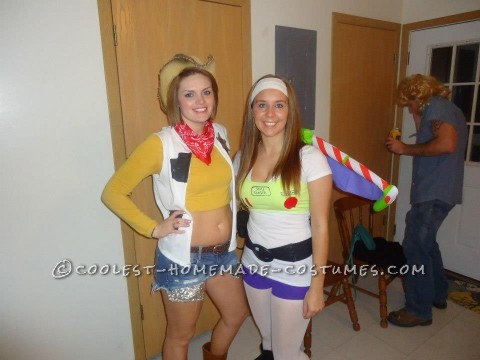 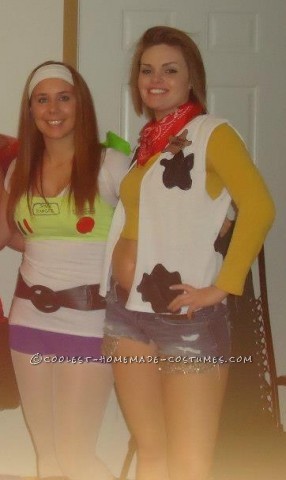