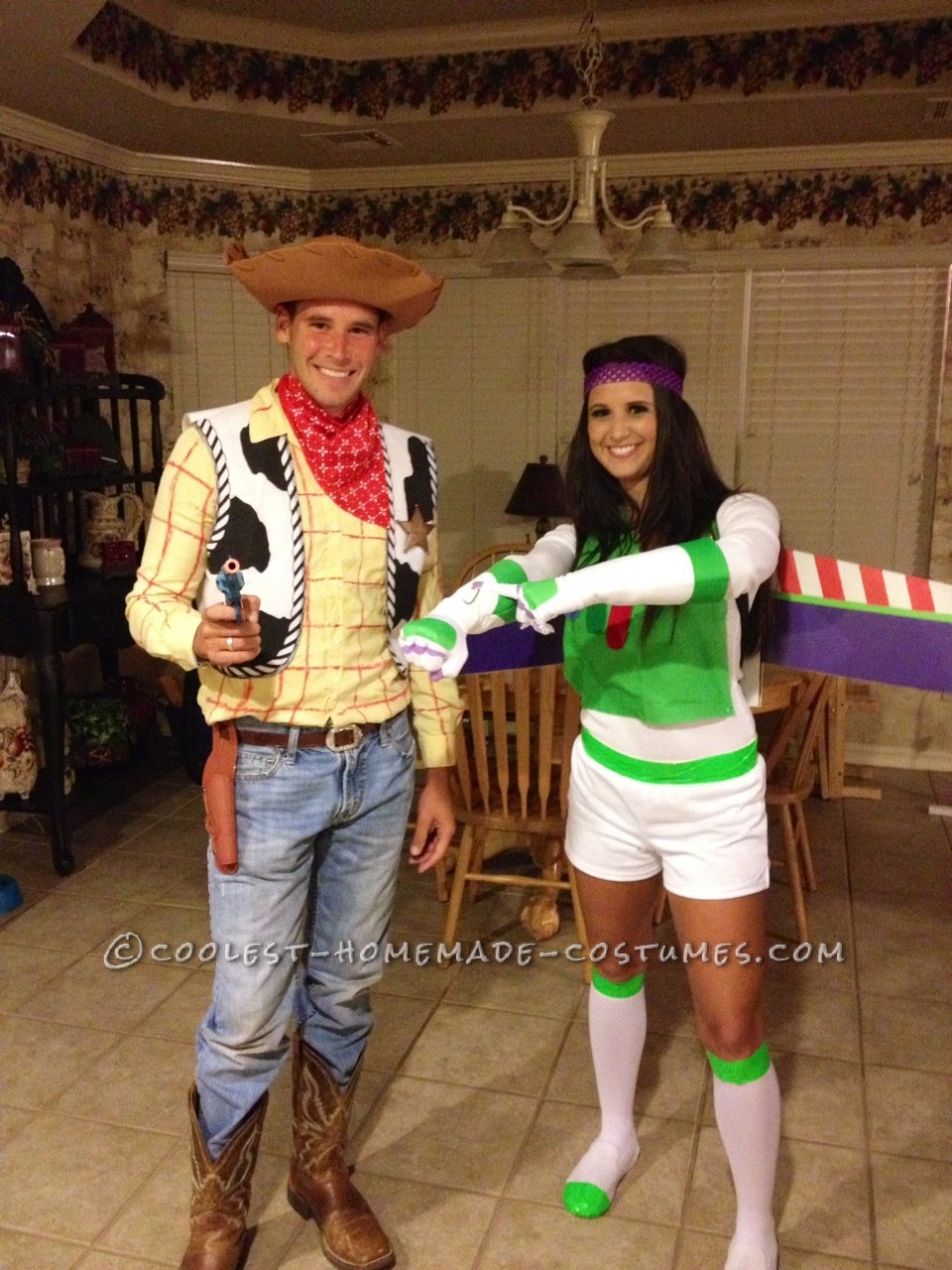 Woody was the easier costume to make out of the two  Woody and Buzz Lightyear Costumes. I just went out and bought a cowboy hat and a vest. My little brother had a sheriff’s badge that we used, as well as a holster with a gun. I also bought the red bandana from Hobby Lobby. The shirt was the most difficult, because we waited until the week before Halloween, I could not seem to find a yellow shirt anywhere. First, we tried to dye one of his white shirts and that did not work at all. I finally found a yellow shirt at Salvation Army and bought a red fabric pen and we drew the lines onto the shirt. Voila, we had Woody up and running.

Buzz, was the more time consuming of the two for sure. My dad made the wings out of a very light wood (I am not sure what kind, but it was so light that I could forget the wings were on my back if not for the noise of the string hitting the wood). So he cut out the wood and used to different plates to basically sandwich the wings together and he used some nuts and bolts and string so that I could move my wings either up or down. I then went to Lowe’s and bought three samples of paint of red, green, and purple. We primed the wings and then we painted the whole thing. That took two days because we measured everything out exactly and let certain parts dry before we could move on.

When we were finished with painting, we had to take the wings back to my dad and he put it back together and attached the straps (from an old backpack) so they would fit me. I bought the gloves from the Halloween store in the kids department. Then I used some knee high socks that I already had and put those over my white shoes and used green duct tape on the toe of my shoe to look like Buzz, as well as on my knees to help keep my socks on.

For my shield, I bought a green bandana and red, green, and blue felt from Hobby Lobby. I cut out all the fabric according to size and then my mom sewed on the felt to the bandana and then the whole shield onto a white thermal I had. I printed “Buzz Lightyear” off of the computer in color and laminated it and clipped it onto my shield. I used white soffe shorts and a purple headband from Hobby Lobby that cost only 69 cents. We were a big hit at both of our Halloween parties we went to. Definitely will not forget this year!

I didn’t take a video of my wings actually moving, but I have a separate picture to show them what they look like when they are down, which was how I wore them most of the night so they wouldn’t hit people. 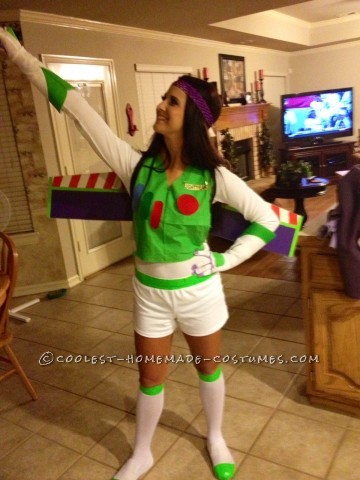 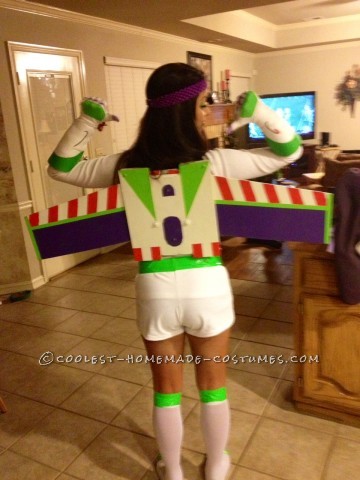 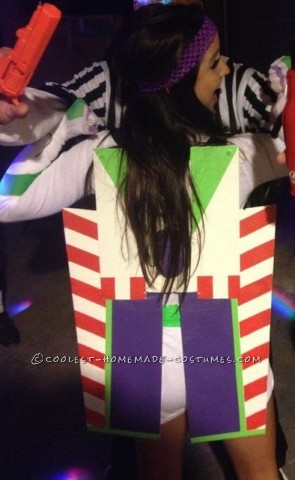