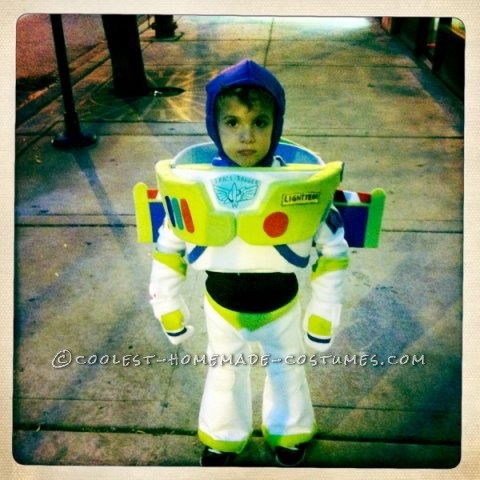 My grandson wanted to be Buzz lightyear and I set out to make him a Buzz different than most Buzz lightyear costumes. I didn’t want it to be just out of material, I wanted to have him feel like he really was Buzz so I decided to make it three dimensional which was by far the hardest thing I ever did, I wish now I had taken pictures of it step by step, but when your doing it I just didn’t think about that. I used a bucket to help form the chest  and made it out of cardboard I cut and formed, glued and taped. After the form was finished I covered the whole thing in fabric to match his suit. I am not a professional so it was a trial by error experience. The hardest part was getting it round. I worked on it for about a week till I was happy with the outcome. He was beyond excited and was by far the most unique Buzz Lightyear. People again stopped him on the street to take pictures of him, I even added a red battery powered light to his sleeve  that was his “Laser” that made it even cooler. Their were many Buzz Lightyears but none were like his real suit. People kept asking where we bought it and could not believe I made it from cardboard. He did not want Halloween to end because he din’t want to take it off! All the hours I put into making it was worth it when I saw his face light up when he put it on. 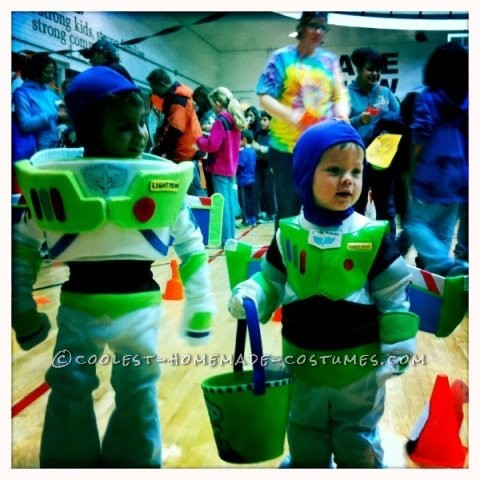 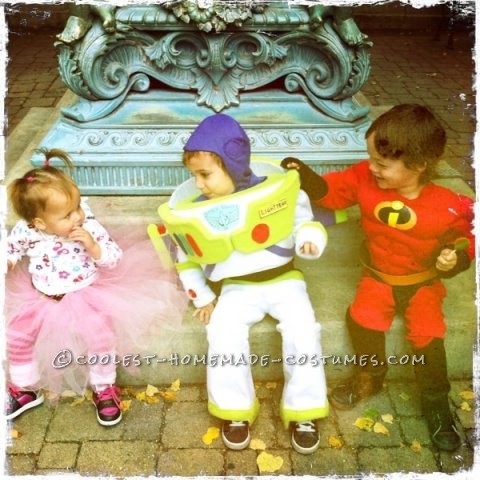 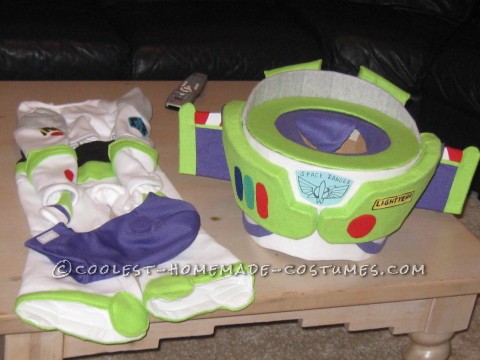