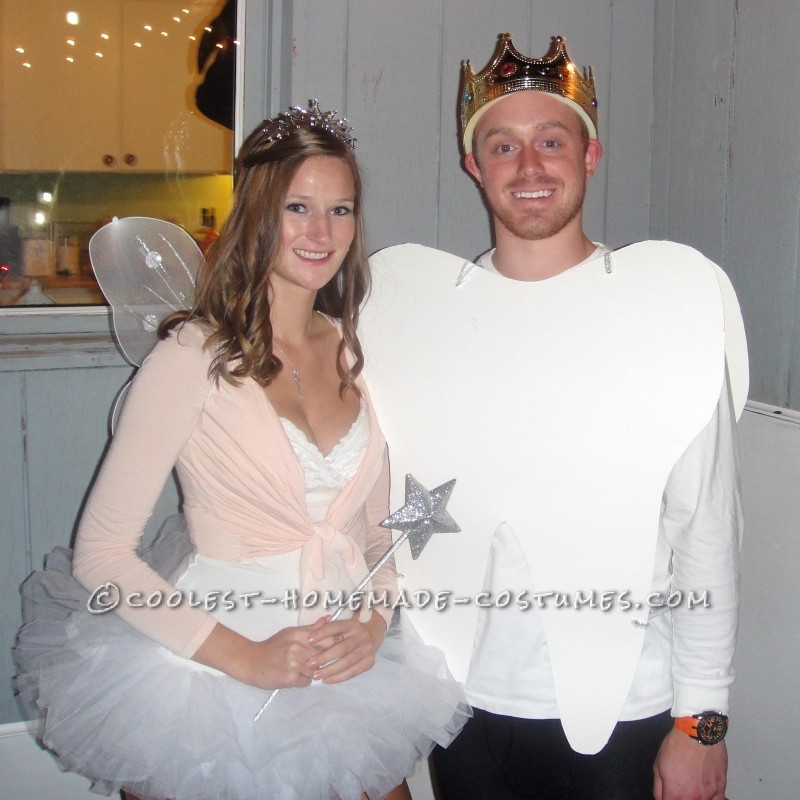 At the time, my boyfriend was in dental school so we thought it would be fun to go as a tooth and tooth fairy.

Tooth Costume: It was easier to make his costume than I thought it would be. I bought white poster board and cut it out in the shape of a molar. I attached the front and back together with thick ribbon. I purchased a cheap crown for him, but only a few people got that he was a crowned tooth.

Fairy Costume: I wore pink and white clothes I already owned and reused the tutu from another costume. I purchased a cheap crown, wand, and wings online for my costume.

Altogether, I spent maybe $20 on the parts of the costume we didn’t already own and it took me under 15 minutes to cut out the molar and attach the two side. It was super quick and easy to put together.