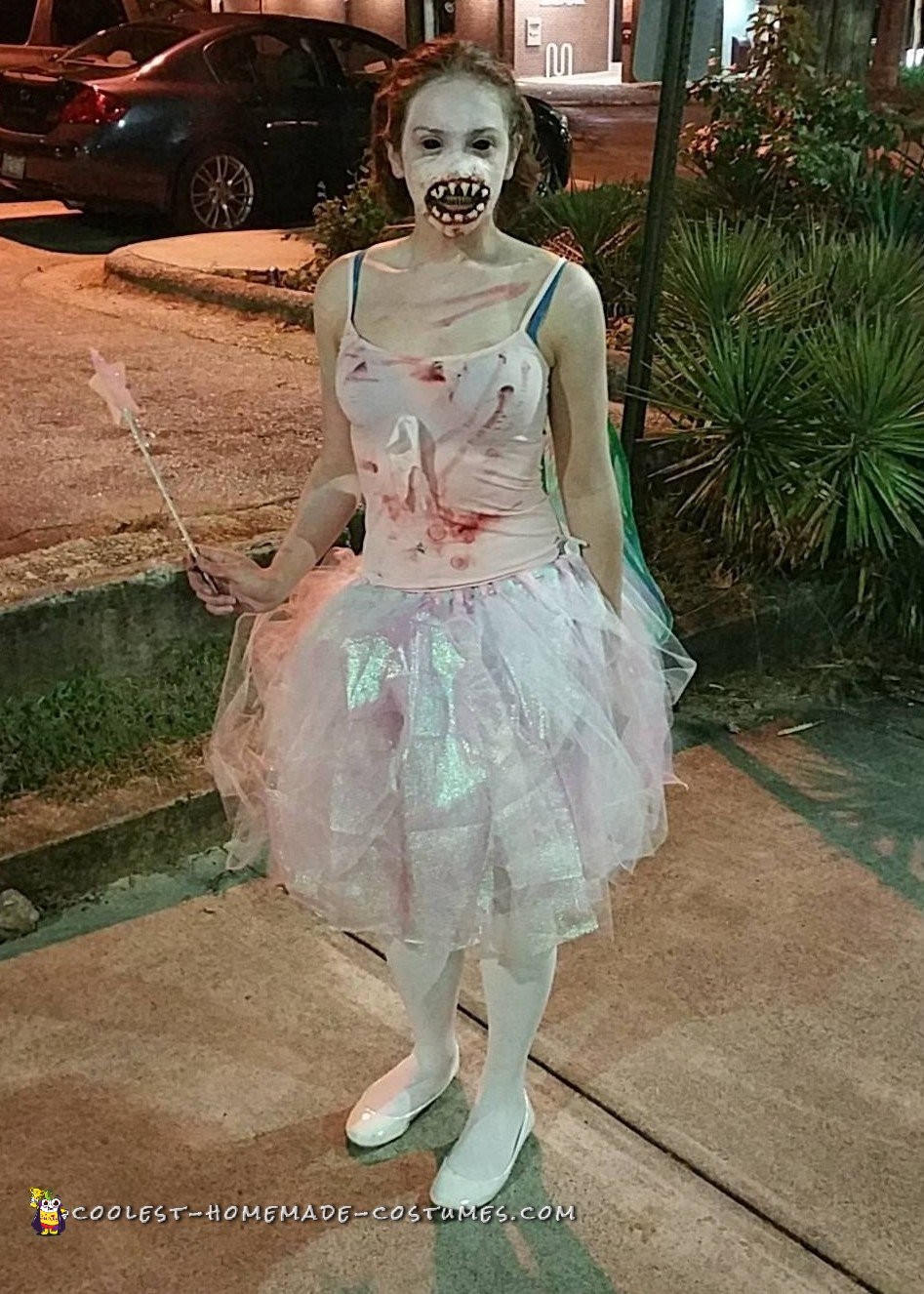 I decided I wanted to be something creative this year, as well as scary, and the first thing that came to mind was the scary tooth fairy! I made my wings with poster board, cellophane, and glue.

First I drew the veins of the wings on poster board (6 sets in total), then I cut them out with a box cutter and colored them black with sharpie. Then I used a glue stick to attach them to a sheet of opalescent cellophane. I did 3 sets of veins and 4 sheets of cellophane for each wing, layering them on eachother so they wouldn’t be too flimsy. Then I cut the excess cellophane off the outside of the wings and bent a coat hanger into a loop with the wire coming off of either side and taped it to the top of the wings. That way I was able to put the looped part into the back of my shirt.

Cutting out the veins for my wings was the hardest part of making my costume because it was so time consuming, it took around 6 hours and made my finger hurt from pressing on the box cutter. I made the skirt by cutting pink, blue, and lavender tulle as well as shiny fabric into strips. I measured the distance from my waist to my knee and doubled that length for each strip of 5 inch wide fabric. I took a peice of elastic and measured the distance around my waist and subtracted 4 inches (so it would stretch) and tied the strips around the elastic with slip-knots. Then I sewed the elastic ends together.

I made my scary teeth by using latex to attach cotton onto the sides of my nose. Then I used masking tape over my nose to keep the cotten balls on. I covered the masking tape with latex. Then I attached cotten strips to my chin with latex, taped over them with more masking tape, and latexed over it. This created the “gums” for my teeth. I painted around my real mouth black to give the effect of the inside of a mouth, then I painted the “gums” red. I took white Crayola modeling clay and made pointy teeth shapes with it, then used latex to stick them to the “gums”. I painted around the new teeth red to give a small lip-like effect. Then I covered the masking tape and the rest of my skin with white grease paint to blend it all together.

I ran around downtown scaring people all Halloween night! Some people screamed, others couldn’t help but stare, a police officer looked at me and yelled “Holy Crap!” People were asking to take pictures with me all night! It was well-worth the effort it took making my costume myself because I really stood out of the crowd. I was too late to enter any contests but a lot of people told me I would have won, and I got a few free drinks from terrified bartenders! 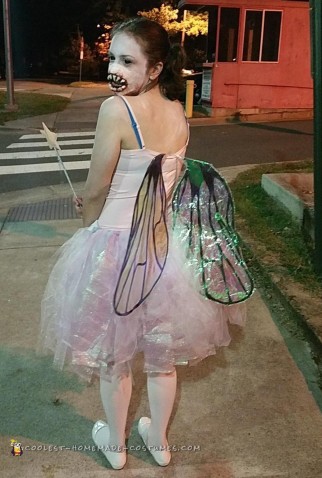 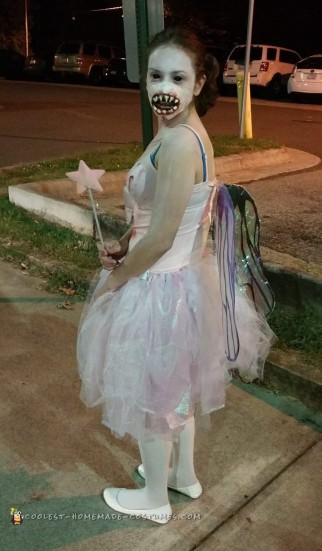 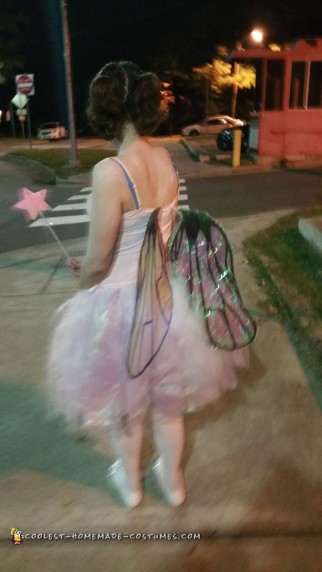 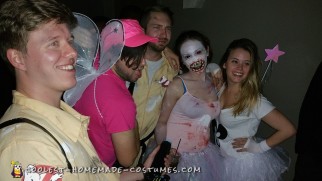