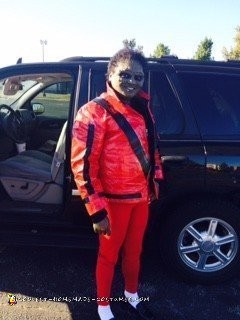 Halloween is my favorite holiday and I love tapping into my creative side to come up with costume ideas that have the “wow!” factor. I definitely achieved that goal this year. I usually make my costume decisions on November 1st of the previous year. My requirements are: nothing skimpy/slutty, nothing pre made (i.e. Party City or Johnnie Brock’s rental), under $40, and has to be a classic or childhood favorite.

My original costume plan for Halloween 2015 was eliminated due to medical issues I encountered in early September. I was devastated and even contemplated skipping Halloween celebrations altogether.

Listening to Thriller on the car radio a couple of weeks later changed all of those thoughts for the better. Over the next 2 weeks, I created my best costume thus far: Michael Jackson in Thriller. Here’s how:

The most important piece of the costume was surprisingly the easiest to find and create. I found a black security guard jacket at the Goodwill for $8 and red duct tape at Michael’s for $3.50 (on sale at 50% off).

Before applying the tape, the jacket fit perfectly, with room to spare. Once covered completely in tape, it seemed like it shrank a size because it was tight and barely zipped up. The tape job only took about four-five hours total to complete and I did not go on an eating or high salt binge, so I know it wasn’t me, lol.

The utility tape didn’t adhere to the jacket as well as the duct tape so I used a glue stick for reinforcement. The “V” was made using poster board ($.50 at Dollar Tree). I cut 4 long strips, approximately 2 1/2 inches wide and the length of the board. I then taped 2 of the 4 strips together so that I ended up with two, long, rectangular strips that were long enough to drape from the front of the jacket, over my shoulders, and to the bottom of the back.

Once positioned, I cut the ends of the strips, removing a triangular piece from each end, to form the V. The strips of poster board became “straps” of leather by wrapping them tautly in the utility tape. The “leather straps” were then attached to the jacket using regular, clear, packing tape.

Finding black loafers without platform heels or embellishments was quite challenging. Thankfully, we have several Goodwill stores and I found the perfect pair at the sixth location. They were a size too big but I wore thick socks to compensate.

Again, finding tight, red pants was a challenge. I struck out at the Goodwills and found a pair at the mall. The mall pair was the right shade of red and fit OK, but they were $40. Back on the shelf they went. Driving home, discouraged, ready to refund my shoes, and thinking about all of those hours spent taping my jacket, something told me to check out Walmart.

Jackpot! I found a pair of red jeggings for $13. Of course, it wasn’t going to be that simple. I had to go to four locations before I was able to find a pair in my size. Was everyone in St. Louis trying to be Michael Jackson for Halloween? because apparently every M or L wearing woman in St. Louis wanted this item too.

While buying my pants at Walmart, I also picked up a box of Knox gelatin, $1 tubes of creme makeup in gray, black, green, and brown, and a tube of liquid latex.

The gelatin and liquid latex was used to make prosthetic, zombie-esque eyebrows and cheekbones. I researched the process looking at several YouTube tutorials. Finding the right shade, similar to Michael’s in the video, was a chore. Lots of trial and error but I finally got it close enough for my liking.

I attended two costume parties this year and I was a huge hit at both! I actually won first place at one of them! The second party was on a much bigger scale and I had stiff competition amongst the other 49 contestants. Although I didn’t win or place in the top 10, the cheers from the 1000s in the crowd, and several requests for photos was much more rewarding! 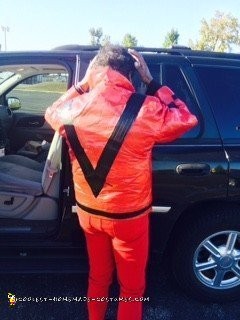 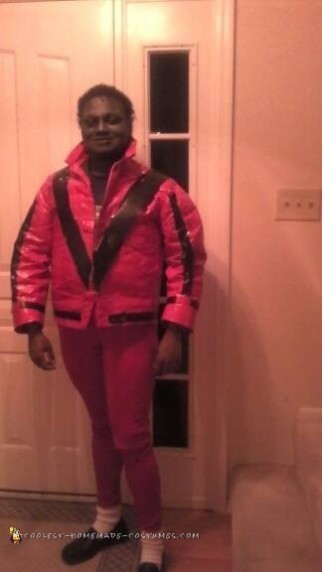 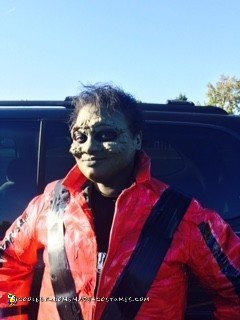 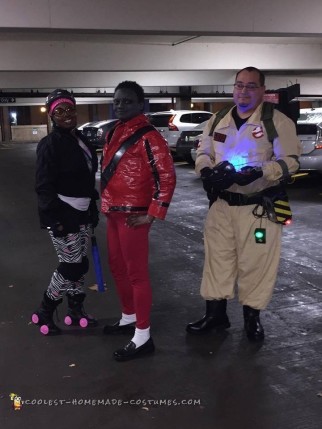 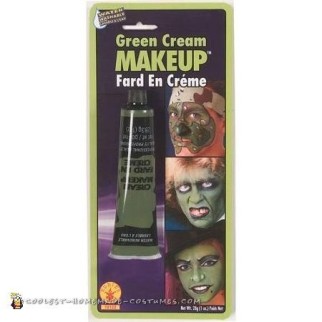 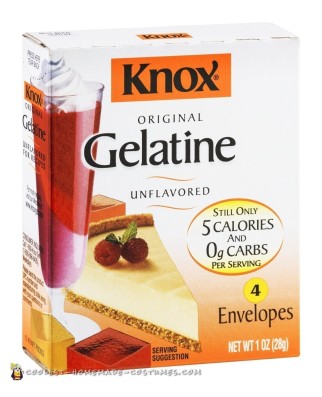 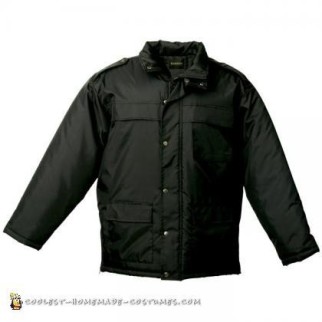