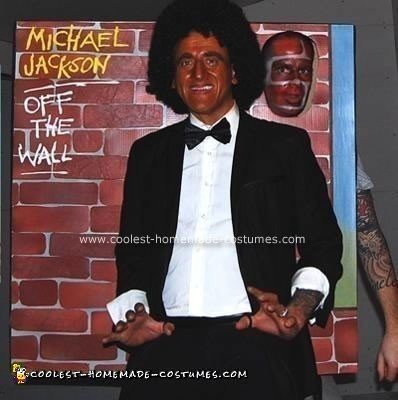 I got the idea for this homemade Michael Jackson “Off the Wall” Album cover costume when I was invited to a Michael Jackson-themed Halloween Party. I thought how cool it would be to make an album, or CD, cover come to life. I picked “Off The Wall” because I wanted to dress up with my friend, Jaime. I would be the face coming through the wall and Jaime would dress as Michael.

I first figured out how big the box would need to be in order to be proportional to the person standing in front of it. Then, I constructed the 40”x40”box so I could slip inside of it and place my face and only one arm through. I also made a spot on the box for my belt to loop through, to hold the box tight to my left side. I mounted grey paper on the box, for the mortar, and blue paper on the right side for the window detail on the album cover.

I made over 60 bricks out of card board, glued paper towel to the bricks for texture and then spray-painted them with 4 different colors of paint, to give it the brick look of the album cover. I projected the album cover on the costume and glued the bricks one by one in order to get the same brick pattern as the album. I drew out the Michael Jackson Off The Wall letters and glued them to the bricks. I put the costume on so as to align my face with the brick pattern. I then used eyeliner pencils to draw the bricks on my face, also using grey grease paint for the mortar.

My friend’s Michael Jackson dress was the easy part. He wore a black suit with a bow tie and some dark makeup did the trick.

The costume was very big and hard to walk around in, but the result was worth it. We were stopped on the streets of Chicago over 100 times to be photographed and everyone said we should enter a contest. Here I am, therefore, entering your coolest homemade costume contest! 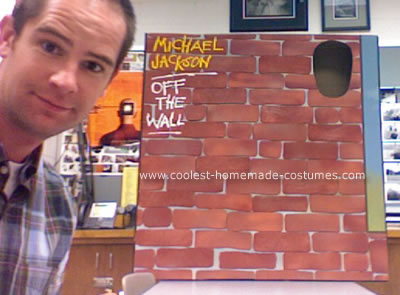 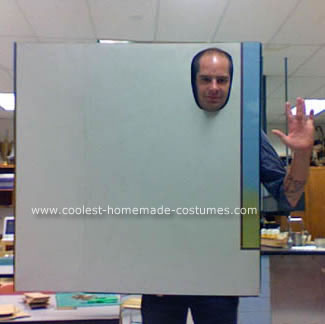