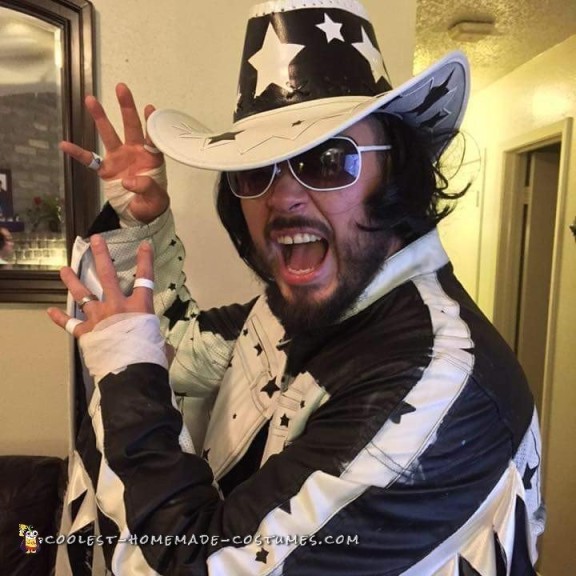 “Too hot to handle too cold to hold, I’m the tower of power, too sweet to be sour, I’m funky like a monkey, sky’s the limit and space is the place. Ooooohhhhhhh Yeeeeeeeaaaaaaaahhhhh!!!”

For Holloween, I decided to make a Macho Man Costume based on his interview on the Arsenio Hall Show. I spent three days on constructing it. The hardest part was just getting started. It took me awhile to find the Jacket or one similar.

Once I gathered all the supplies I started to cut out all the stars out of painters tape. I would place the stars at random where I saw fit. And taped where I wanted parts to be white from the parts that I wanted black.

All of the stars that I cut out would be black and all the negatives or what cut the stars out of would be white. After I taped everything including the hat, jacket, pants and the boot covers, I  began to paint. I painted everything at once in about three coats. Time was a factor so I kind of rushed the paint job. After everything was dry I peeled the tape off and was surprised how well it came out.

Halloween was a blast. My son was John Cena and my wife was Elizabeth. I took my son trick or treating while I played the theme music of the Macho Man. It was well received and took lots of pictures from random people. Recently bought a WWE replica big gold belt to go along with the costume. 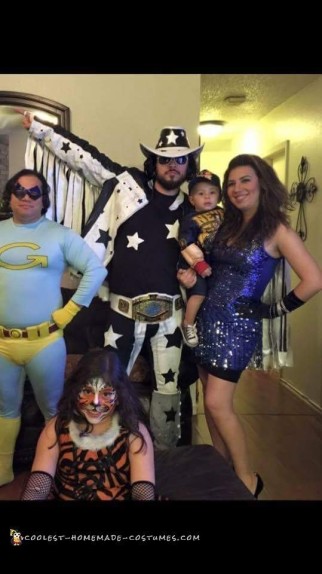 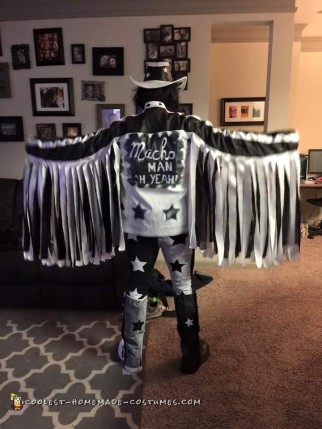 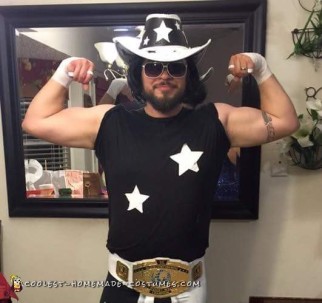