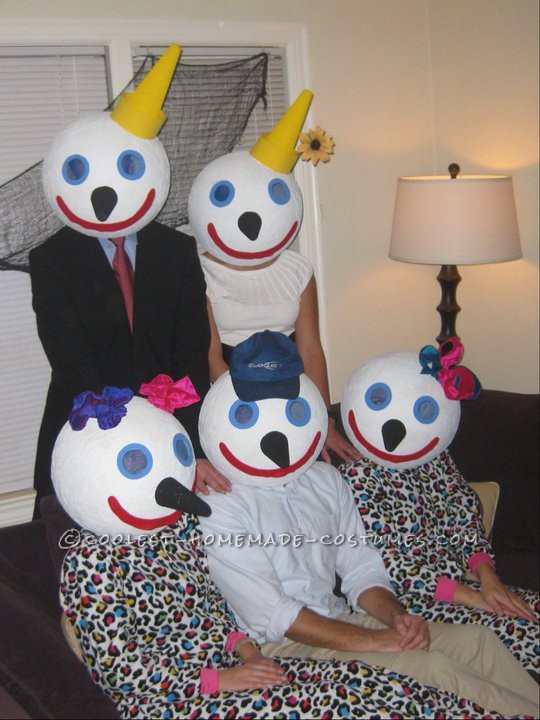 I decided to make a family of Jack-in-the-Box heads with a group of five friends. You need to buy big bouncy balls from Toys-R-Us. I paper mached the bouncy balls with napkins and paper towels. Let it harden for a few days. Once it was hard and dry, I cut a small hole at the bottom and cut the bouncy ball and pulled it out of the head very carefully.

Next, you need to get a screen for windows to make the eyes. I spray painted the screen blue, cut circles out and then used blue foam paper to frame the eyes. After the eyes were done, I worked on the nose. For the nose you need a styrofoam cone. Hand paint the cone black. The mouth is cut out from felt paper. The hats on Mr. and Mrs. Jack-in-the-Box are made out of foam paper and Styrofoam cones as well. You need to paint the cone yellow, then use the foam to form a circle around the cone.

Mrs. Jack-in-the-Box is wearing a flower that I hot glued to the surface. Last step was to cut the holes on the head and to put the eyes, nose, mouth, and hats on. I just used a knife and scissors to cut the holes. I cut 2 holes for eyes and 1 small hole for the mouth. All parts were attached using a hot glue gun. I glued the felt mouth on just at the top to allow for breathing and using a straw to drink out of. It took a long time, but definitely worth it when I saw the look on everyone’s faces! 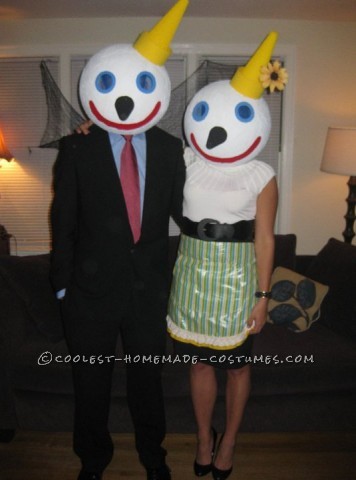 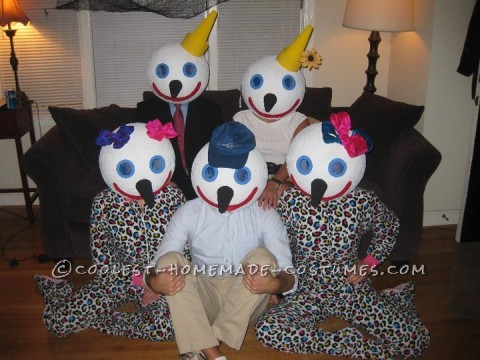 Cool Jack in the Box Costume