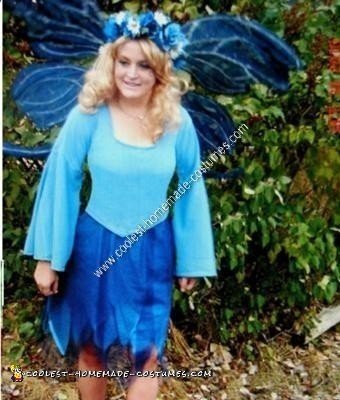 The Dew Fairy is a mysterious fairy who magically sprinkles flowers, grasses, and even spider webs with the purest droplets of water. They sparkle and send rainbows over the newly awakened earth. Even the spiders beam with pride as the brilliant sun slowly rises to his zenith. The Dew fairy secretly smiles as she glides to her favorite resting place, her long laborious night is finally over. She finds a soft mattress of foliage to curl up in. The Evening will shortly come, and her labors will begin anew. So is the life of the dew fairy, she has been mistaken many times for Mother Nature, but her tasks are not so complex. Mother Nature depends significantly on the dew fairy to help maintain the Earths’ beauty. In which, the Dew Fairy takes great pride.

This homemade Dew Fairy adult Halloween costume idea was inexpensive to create. The skirt and wings are made out of the same sheer, glitter filled blue material. The pattern for the wings was drawn on card board first, and then wire was shaped to match the pattern then cut wire was tightly sealed with Electrical tape and covered with white floral tape. Two layers of the sheer sparkle material were then hot glued onto the wire pattern. The ends were then melted with a candle.

The dress was created without a pattern. My first real sewing project ever!!!

The floral crown was just 3 inexpensive plastic flower bouquets woven together, and taped with green electrical tape where they needed a little extra care. The shoes were cheap Wal-Mart Clearance, “Dora” colored slippers. I spray-painted them silver along with the rope belt.

This homemade Dew Fairy adult Halloween costume idea was really fun to create, it helped our local Grade school raise money in their only Fund raising event.; The Halloween Carnival. The Dew Fairy even appeared to a first grade class to bring candy corn and spread some holiday cheer.

The sun sinks silently below the horizon. The dew fairy stretches, then glances around at the darkening violet sky. A soft melody plays, one that only the dew fairy can hear. The Stars are calling to her. Come they hum; the nectar of life is prepared. Come and fill the Earth. The Dew Fairy lightly steps from the ground, with her delicate wings swiftly fluttering; she darts into the endless expanse of the heavens. 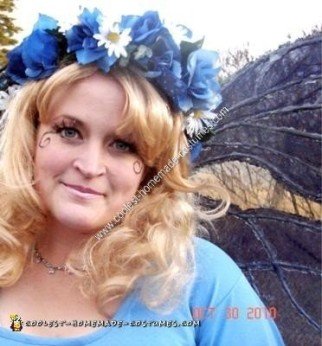 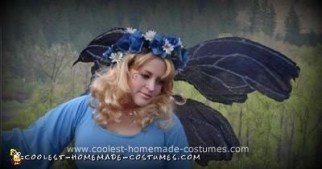 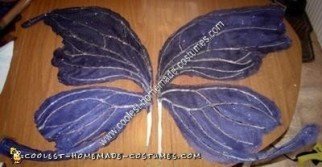