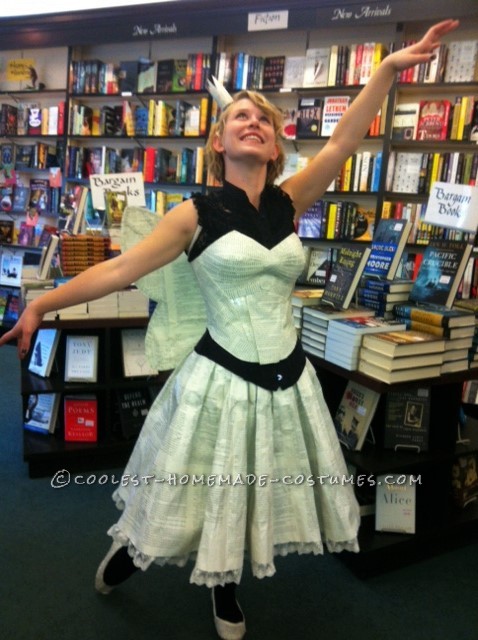 I work at a small local bookstore, where (among other things) I create all of our window displays. Since I work during a lot of slow night shifts, I sometimes get a little carried away – as happened with this year’s Halloween display. Two months before Halloween, my boss surprised me with a five-foot tall articulated skeleton to use in the window display. I named her Norma (as in Bates), and decided that her window debut must be spectacular. Having so much time to plan, a fabulous prop, and a lot of empty time behind the counter, I thought it would be fun to make her a dress out of a falling-apart paperback that was doomed for the recycling.

Fast forward several weeks and a lot of experimenting with how to make paper drape like fabric. We’ll also fast forward through the funny looks that I was given for having a skeleton sit on the counter during August. Having finished the dress and wig for Norma, I was kinda jealous of her outfit. I didn’t have anything nearly as cool to wear for Halloween, and I was supposed to hand out candy for my store, Annie Bloom’s Books. Last year I dressed up as Poe’s raven, and I had yet to come up with a literary costume to top that one. Thus, my somewhat foolhardy decision to make a paper dress for myself.

I did some of the work on this costume behind the counter at Annie Bloom’s (putting on the clock time to good use), but the bodice required being constructed directly on a dress form (itself DIYed from duct tape and an old shirt), since I wanted it to be form fitting, along the lines of  50’s evening dress.  Because paper has no stretch or drape to it at all (go figure), the finished bodice can stand on it’s own, and I had to wear a corset underneath to make sure I didn’t accidentally pull a Hulk and rip out of my costume.

The finishing touch to the costume were the wings. I wanted my wings to have a bit more of a traditional “fairy” shape, so I ran wire around the edges and through to the tips of the wing to keep them from being too floppy.  The wings were made from a Goodwill sourced copy of “Bartlett’s Familiar Quotations”, and the dress is from an advance reader’s  copy of “A Man Without Breath” by Phillip Kerr – Annie Bloom’s gets a lot of advance copies, and we aren’t allowed to sell them, so I use some for crafts. At the last minute, I also made myself a crown from a page of “Bartlett’s”, a toilet paper roll, and a rubber band, because how often do you get to wear a crown?

This costume was great for getting me caught up on back episodes of TV shows, since it took a lot of time to engineer, as I’m not a seamstress. Much of the dress, especially the skirt, is lined with duct tape, which worked great as a means of reinforcing without losing what little flexibility paper has. The most challenging part was honestly the skirt – it looked like an upside down cone-of-shame for a long time, and it took a lot of experimenting (and a LOT of tape) to get it to mimic fabric. Even so, every fold is taped in place to achieve the illusion of a flowing, voluminous skirt. Both the skirt and bodice are tied on with ribbons via highly reinforced holes punched through the layers of paper and tape.

While it was a lot of work, I had fun with every step of this costume, and I couldn’t have asked for a better reception! The Halloween event in the neighborhood was attended by 1000+ people, and a great many people took my picture, or wanted to ask about the process of making the dress. My favorite questions were “Where did you get it?” (“…I made it. Though please tell me if you know of a store for paper dresses!”); “Can I touch it?” (“Yes, but it really is just paper. It feels like paper”), and “How long have you been sewing for?” (“I don’t sew, but I’ve been taping things together for years!”). It was an awesome experience, and my favorite part was getting to take pictures with various costumed kids – and more than a couple teachers and librarians, too!

From dreaming up Norma’s dress, to all the experimentation with tape, glue, and paper, to wearing the finished product, this Book Fairy costume was the most fun I have ever had with costuming, and such a positive experience that I may need to find other excuses to make paper clothing. Banned book week, perhaps? 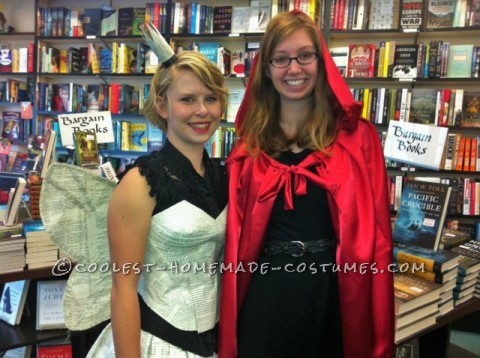 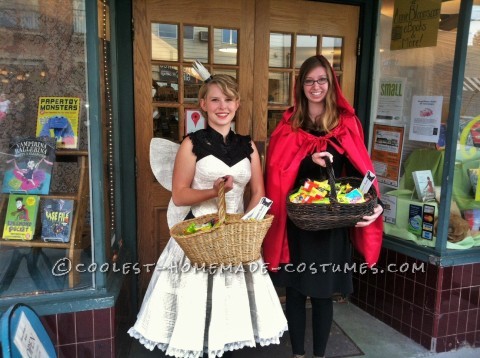 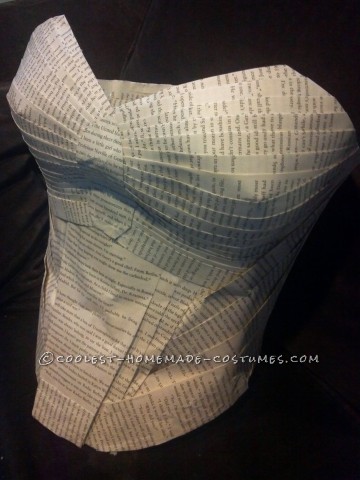 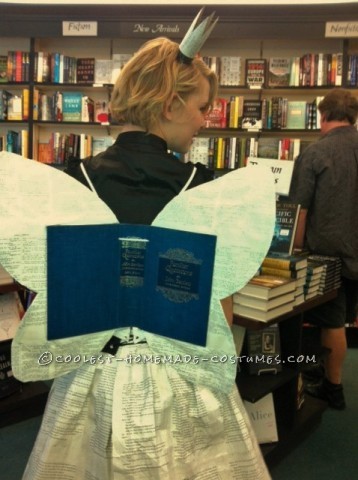 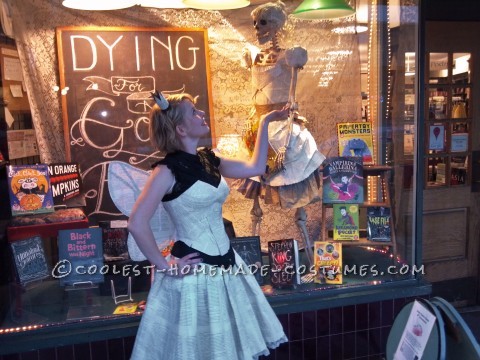 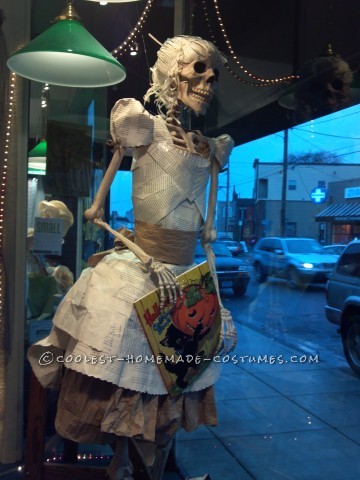 6 thoughts on “Pretty Paper Dress for a Book Fairy Costume”