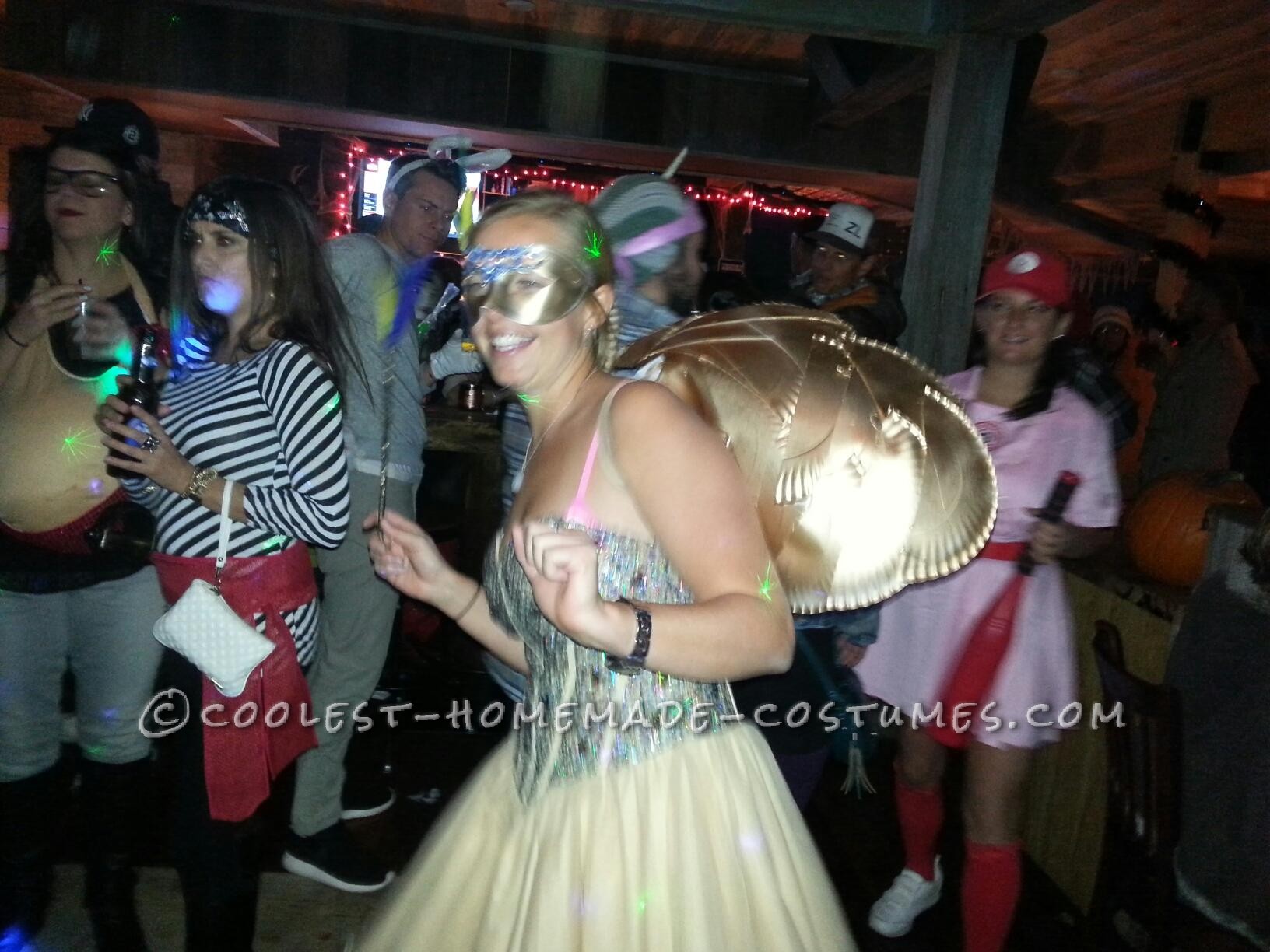 Walking through the local thrift store, I saw this beautiful sequined dress that I decided was calling my name. At the time, I had no idea what it would be, but I knew it needed to come home with me. My friends and I spent a lot of time guessing whether it was a dance costume or someone’s homecoming dress. We tossed about different ideas what to do with it, but with the dress as inspiration I decided it was meant to be a masquerade dress in it’s new life.

So I bought a plastic mask from the craft store, spray painted it gold, then added beads to dress it up. I just created a free flow sort of pattern with three different beads that had colors from the dress. Then decided it needed feathers, so I took some coordinating colors and hot glues them to the side of the mask.

I decided to keep it rather simple so the dress and the wings would be center stage. The wings, who knew paper plates could be so much fun. I just cut a bunch of paper plates a little greater than half way. Then I  shaped them to look like wings, a top and bottom, then used hot glue to piece them together. Finally, a couple of coats of gold spray paint and wallah! By then we decided it was a woodland fairy so we added a gold cloth wand with feathers. Always a fun prop to scare and tease people.

I made this costume for a friend, and what a fun night she had. Everyone was coming up to her and asking about the wings, telling her she should get in the costume contest. Although she didn’t end up winning, she did make the qualifying rounds and had a lot of crowd adoration. Watching her dance was the most fun, the wings created a great light show in combination with the disco lights! 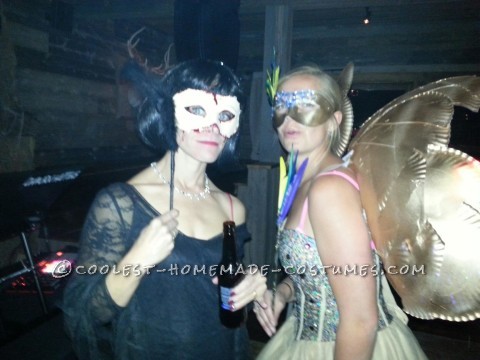 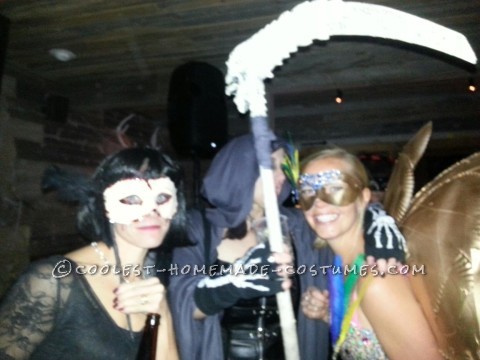