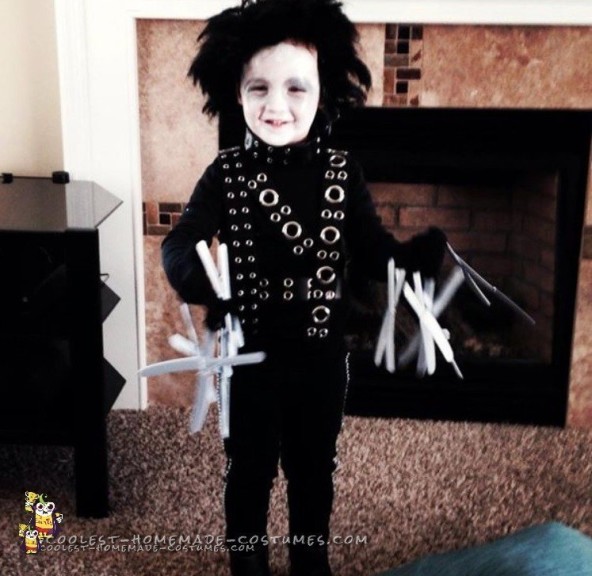 At first I thought where am I ever going to find this at a store but then decided to make it.

I got an Elvis wig from another year and put some hair product in it to mess it up to look more like Edward. I glued some leather belts to his shirt and got gloves and glued on stick knives for the hands.

The whole costume cost me only $10 and got so many great reactions from family, friends and the houses we went trick or treating at.

The best is that Ryan has wanted to be Edward Scissorhands again every year after since he loved it so much!