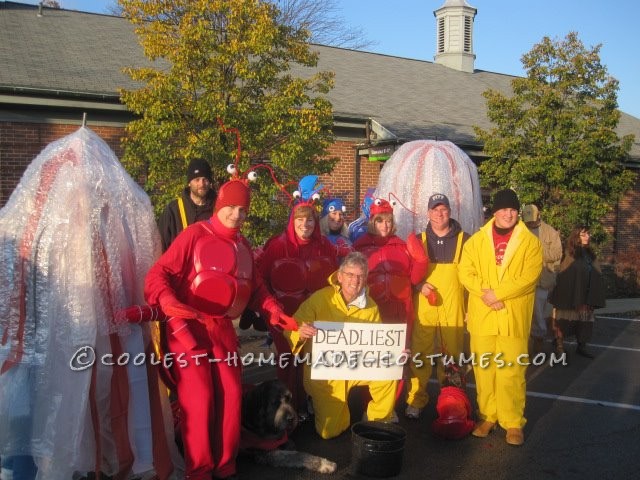 We have a HUGE dog, 165 lbs to be exact and it all started by trying to come up with a costume for him. Everyone seems to be able to buy a costume for their dog right off the rack, but with our big boy, it has to be made! So I had to come up with something where our dog Gallagher was the focus and my husband and I were there to compliment his costume.

So I decided Gallagher was going to be one big lobster. My husband would be a fisherman and I would be a crab. The shell of the lobster and the crab were going to be made out of plastic plates that were layered and taped together and that the legs would be made out of paper cups attached together with push pins/document holders. Gallagher’s legs and claws were going to have to be hand sewn with fleece material. Gallagher’s lobster took the longest because it had to lay differently and be attached around his belly.

My costume, the blue crab, took stacks of blue plastic plates, packing tape and lots of patience! I asked my family back home if they would like to participate in the hometown Halloween parade and all dress up like fishermen, lobsters and octopus. We would deem the costume “Deadliest Catch”. After making my blue crab costume a week before, I knew the tips and tricks to making it faster. So with stacks of red plastic plates, red cups, tape and scissors we were able to churn 3 or 4 lobster costumes out  2 hrs before the halloween parade! We even took two umbrellas and some old shower curtains and bubble wrap and made two Octopus costumes too.

I have honestly never had so much fun as I did that day. My two sisters, my two brother in laws, my brother and sister in law, my parents who are in their 70’s and nieces and nephews all took part and shared many laughs that day! We came in first place and had people clapping, cheering and taking our picture. We look forward to this years costume where we will all be taking part once again!! Look forward to entering those pictures into the contest too! 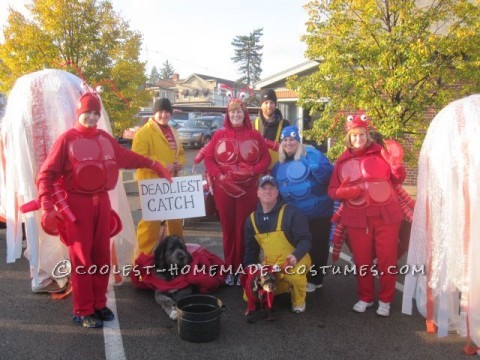 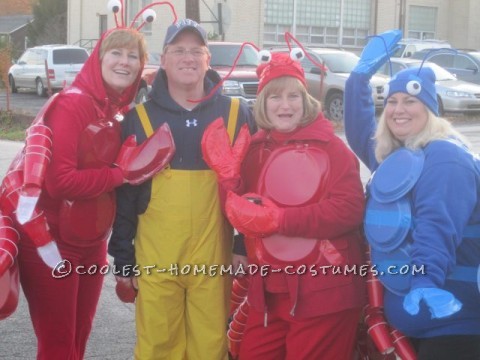 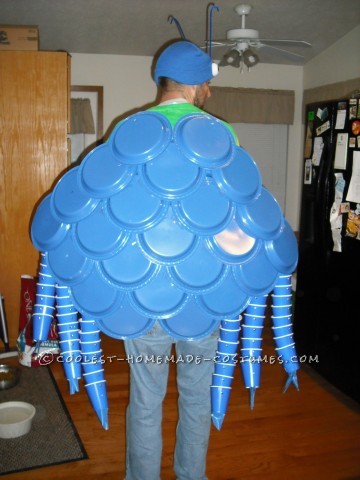 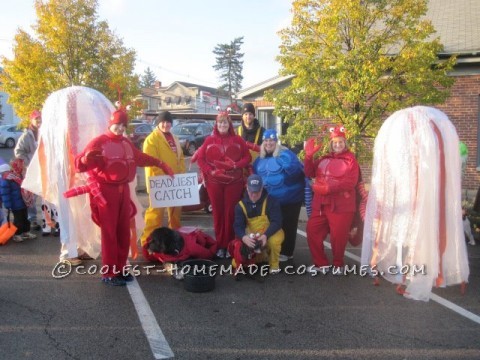 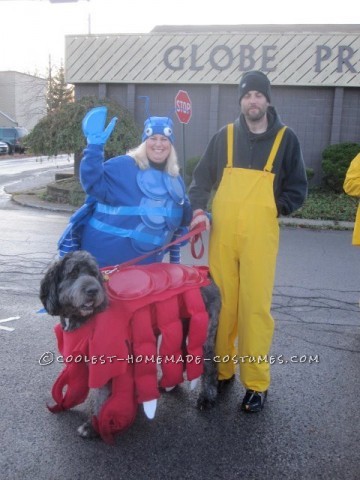 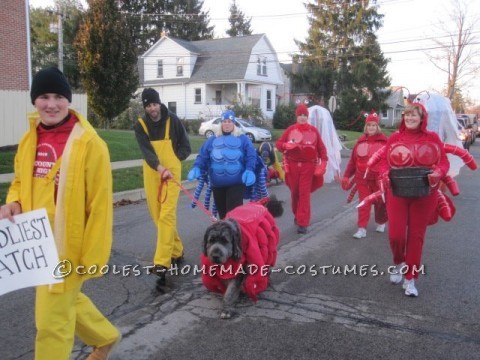 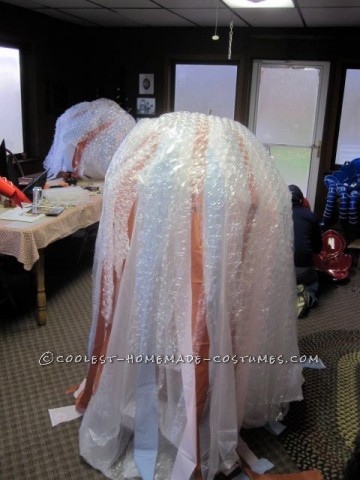 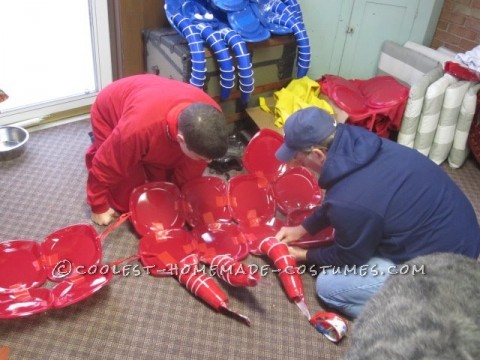 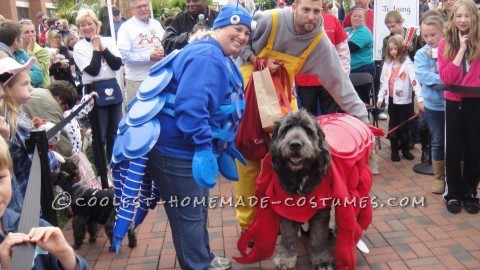 Super-Easy Homemade Costume for Couples: Swedish Chef and Lobster in a Pot