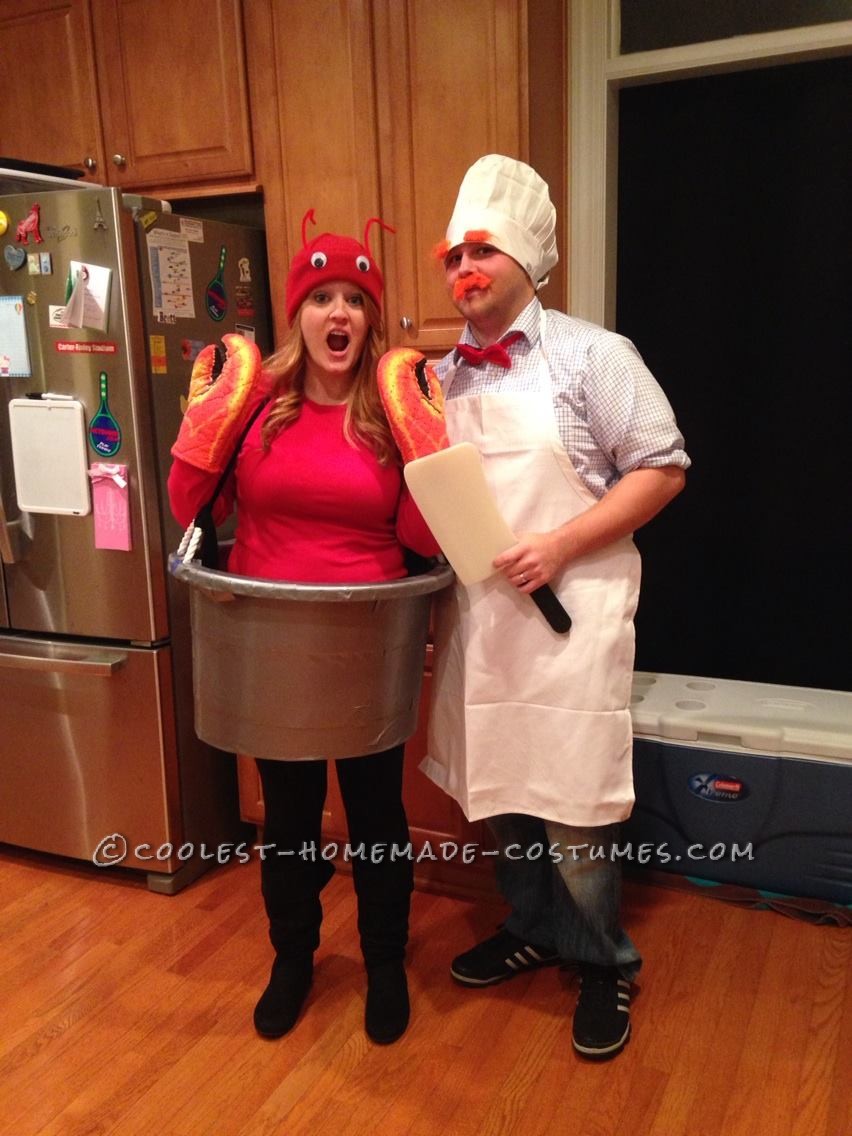 My husband loves the Swedish Chef and likes to imitate him from time to time. His favorite skit is the one with the lobster. So for Halloween, we decided it would be fun to have him act out the character, and in a play on my red hair, I of course had to be the lobster. This was SUPER easy to make.

We bought all of these items on Amazon a few weeks in advance and they were super cheap.

Lobster in a Pot Costume

We ordered the lobster claw oven mitts (which we still use in the kitchen, score!) on Amazon, and everything else we just grabbed at Target.

I tied the pipe-cleaners around a head band, put holes in the toboggan, and lined the pipe cleaners through the wholes to make the head/antennae, and then glued on the wiggly eyes. For the bucket, my husband had some sort of saw that he used to cut the bottom layer off and sanded it smooth. I was being lazy and didn’t want to paint the bucket/was worried the paint may come off, so I decided to duct tape the entire bucket. It took a bit of time to go around it and I ended up double-securing the areas around the top and bottom ridge with super glue. I took one of those fabric belts that comes up tunics, dresses etc. that I had lying around the house and tied it around the handles of the bucket, and then wore it around my shoulders. It got LOTS of laughs and was really fun to do. We probably spent around $35 for everything combined; with the largest cost coming from the bucket. If you had one at home you could probably make out at under $20 bucks for this costume.

2 thoughts on “Super-Easy Homemade Costume for Couples: Swedish Chef and Lobster in a Pot”