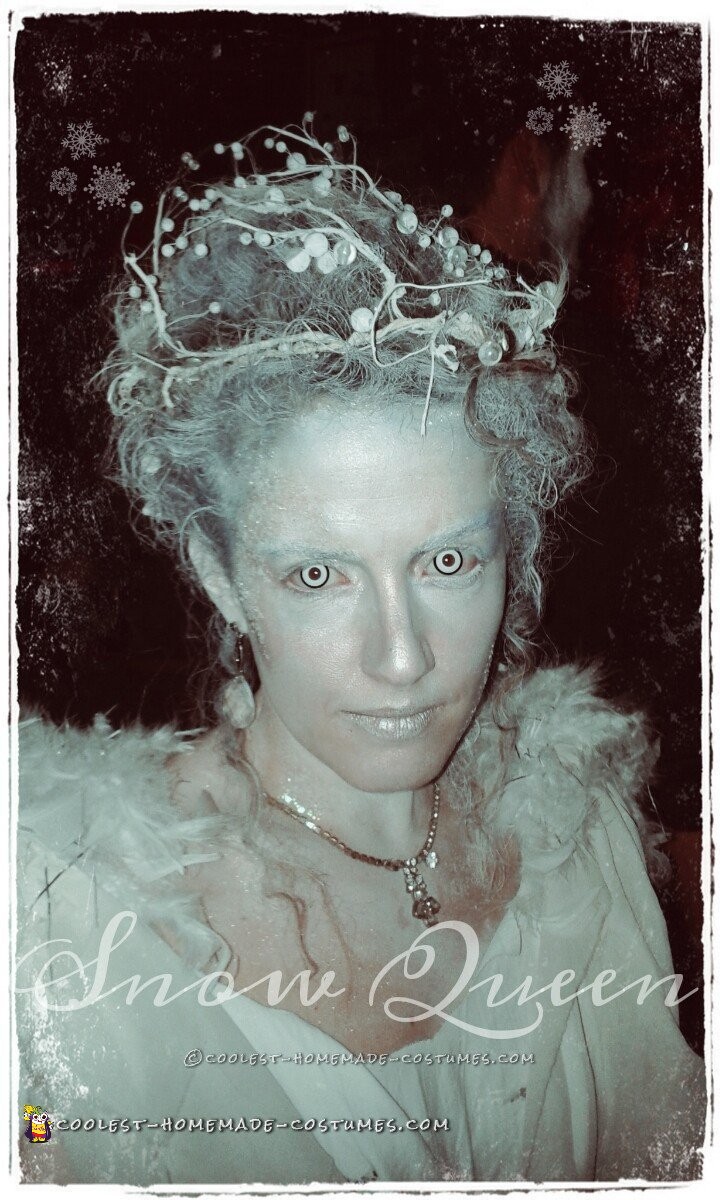 I decided to become the Snow Queen, but I wanted it as much realistic as possible! I imagined a creature out of this world, among snowy mountains! I sewed an old sheet and an old curtain, darkened the bottom with dust from eye shadow to look like ice and soil. I bought a white feather boa to make my royal costume more imposing. I whitened the hair with party color and glitter spray, and tangled some fake flowers from our vase.

For the make up, I used Snazaroo white face paint, silver and white eye dust shadow for the face, lips, hands; blue shadow for the eyebrows and hairline; and Vaseline with glitter and sugar for the ice effects! Finally, white zombie contact lenses upgraded the costume to a higher level!

The hardest part was that I didn’t want to remove the costume and make-up after the party! The coolest part was people’s reaction to the costume; many were really astonished and told me that I was totally a out of earth creature!

I just love changing characters and altering my appearance during Halloween and Greek fest called “Apokries”- It’s around February, we all dress up however we want, dance and dance in the carnival rhythm!

All the photos are taken during my preparation before the party. Hope to win! 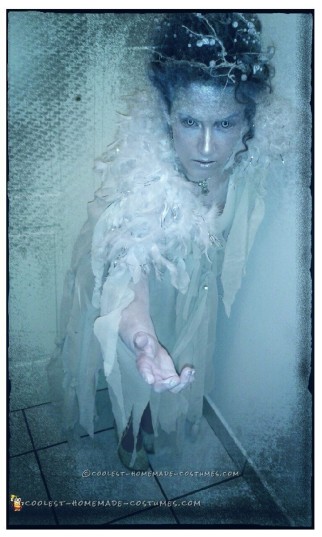