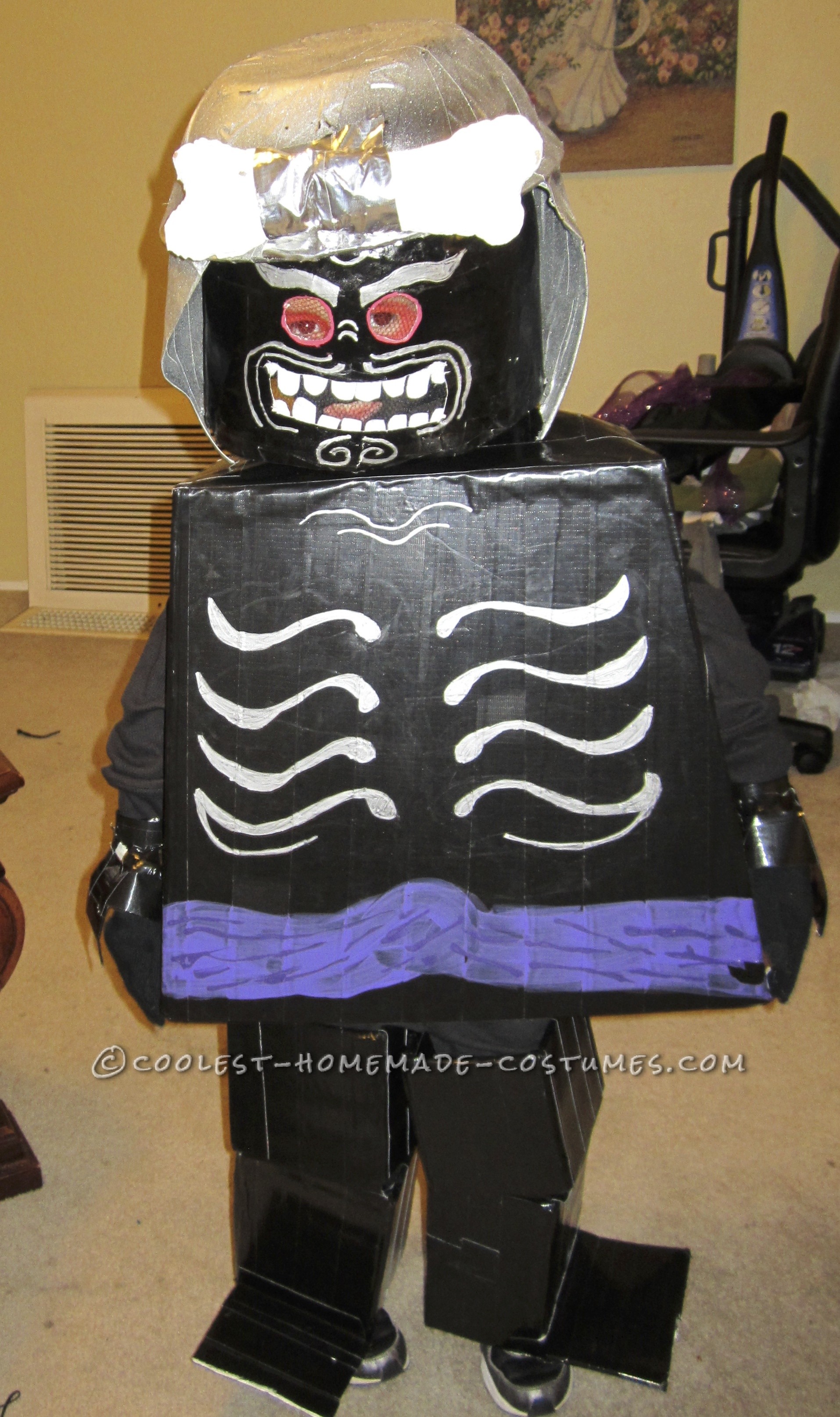 I pretty much did this last minute.  I begged my son to pick a costume but he was adamant about NOT participating in trick or treating this year, or dressing up (he is 6 years old!).  So when he finally said he wanted to be Lord Garmadon from Ninjago (Lego), I just knew i had to do it for him.  I researched the web high and low for ideas and directions and found a few Homemade Ninjago costumes, but no Lord Garmadon.  After my google search and pinterest search, i made a list of things I needed.

As i figured that out, i was at work walking to the break room, and saw our emply container that once had sourdough pretzels (costco or sams club).  I realized that upside down, that looked like the PERFECT lego head.  But how to use it?  I ended up adding newspaper and flour to my listg because i paper mache that thing.  I covered with foil first, then did 3 Layers with water and flour, I probably should’ve done more, but at this point in the game, halloween was 1.5 days away (by the time i did layer 3).  Once dried i tried to take off the container, now here is where I epically messed up.  I knew it was to tight at the bottom to pull off, so i figured i needed to cut from the bottom and loose a few inches to be able to remove the whole thing.  So i used to xacto nife to begin cutting away to no avail.  What i finally relized was that i could hold the head upright and slice once stright line top to bottom instead and then tape that closed since the back of the head was going to be covered by the helmet.  I lost inches that i needed, and it was too late to fix or start over, o i did what i could.  I spray painted black and a day later i had my son put it on so i could check exactly how short it was and where to cut the mouth.  I taped the back and cut the mouth holes and the eye holes.  Made the teeth out of a white felt sheet.  Used the pieces of tulle to cover the eye holes (which i spray painted red) and kept the black for the mouth.  I used silver paint markers to draw on the face.

For the helmet i bough a plastic bowl from dollar tree and used poster paper to make the bottom part.  I attached it with duct tape, and proceeded to cover the whole thing, which helped me cover and shape.  After that was completed i realized his helet was silver, so off i went to buy another spary can from home depot.  this time silver! I added foam (which i bought a a fabric store and stuck it in the mask, and added an elastic to hold the mask to my son’s head (under his chin).  I used velcro to attach he head and the helmet together.

The bone i made out of dough (flour, water, salt) and i left out to dry, and cooked in oven.  I painted white and bought silver duct tape to attach to helmet. :)

Body.  I found the lego man dimensions oline and then measured my son and kept with the same ratios.  I used measuring tape, ruler and poster paper to make a pattern for the body.  Used that to cut the foam boards, and proceeded to the same for the side parts of the body.  For the top part, (shoulders) i used duct tape fabric (youtube it) I made it.  ANd then i covered everything with duct tape.

Legs.  This was freakin’ hard!!! I used the foam board and measured my son, and made 4 seperate pieces to attache to legs.  i used to velcro to make them close, and to attach to the actual black sweat pants.  And i also made duct tape fabric for the knee parts so they could bend. :)

Hands, i used disposable cup and poster board that i shaped into lego hands with duct tape.  they fit well over bacl gloves .

I also had my son wear a black long sleeve for the arms.

My son begged me to make the 4 arm Lord Garmadon, i knew how to make it, but i was so short on time, that I couldnt risk it.  At this point though, i would so do it! We bough some weapons similar to Garmadons and i sprayed them gold.  I wanted to make the staff, but my son didnt want it, so i didnt do it.

All in all, the reactions from adults ws amazement, and at the school parade, they all wanted a picture of him.  While we trick or treated, most little boys shouted Lord Garmadon! or THE DARK LORD!! Other adults told me they needed to show their kids because they would flip.  I even overheard one boy tell his mom he gave my son an extra 2 candies because he was just so awesome being Lord Garmadon.  I smiled, and even through there is a lot of things i would change now that i am less stressed, I am very proud with what i accomplished in 1 full day (saturday) and a few hours on Sunday, Monday, Wednesday (evening time). 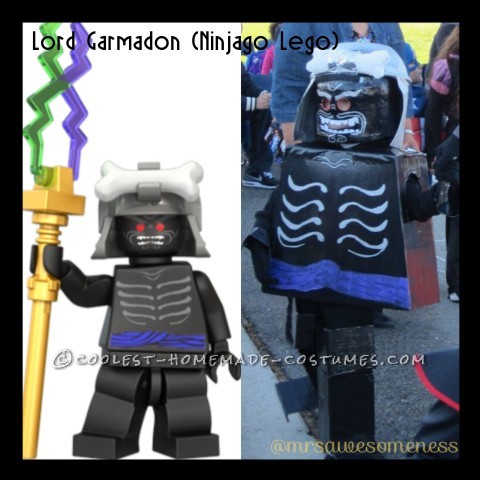