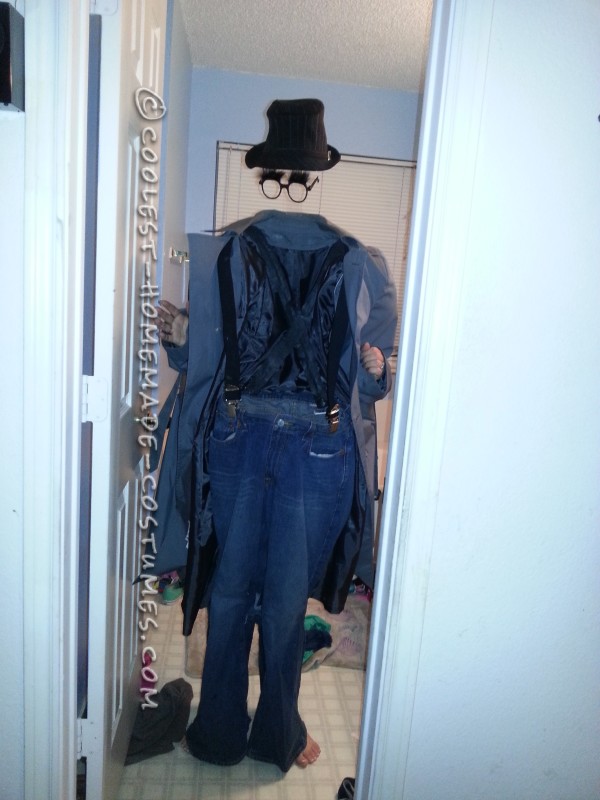 I saw an invisible man costume online and thought, “I have to do this!” I win a costume contest at work every year and thought that would work perfect. I didn’t have any instructions, so every thing was trial and error. I had the coat first and thought I would just pull it over my head and make a few eye slits, but then I thought more and realized I could cut the liner of the coat and be behind that and still be able to see. So that’s how this costume started.

I had to buy suspenders and hot glued wire hangers to them to make them stay up and hold my pants. I then cut a small hole in the liner of the jeans and pushed a wire coat hanger through. This made me the most excited because it was all coming together. I then wired the coat to the suspenders and jeans and glued places to make it look like there was a person inside. I wanted to have a floating hat and glasses but had no idea how I was going to do it. I tried several. I finally found a cool hat to use, so I used fishing line to attach a 97 cent pair of gag glasses to. I loved that they had the awesome eyebrows attached. After that, I had to figure out a way to make the hat float without being obvious. I saw several people had used coat hangers, but I wanted it to look better than that. Luckily, I have a coworker whose husband works in acrylic, so she gave me two thin strips to use. I put some old cds together and taped the heck out of the acrylic to attach to the cds. Then attached the other end through a tiny huh old in the coat and attached a wire coat hanger to that. The last thing was I took an old pair of my jeans and cut the front to the knee and cut the jeans, attached to the coat up the back to the knee. I sewed the bottoms together to make two jeans with one bottom where my legs would go. I had so many awesome reactions! Most of the time, people didn’t know where to look. I had some people ask if they could get in my pants and some that put their hands in my pants. Quite a few put their hands through the suspenders and took pictures. It came out so much better than I thought it would and again won my work’s costume contest. 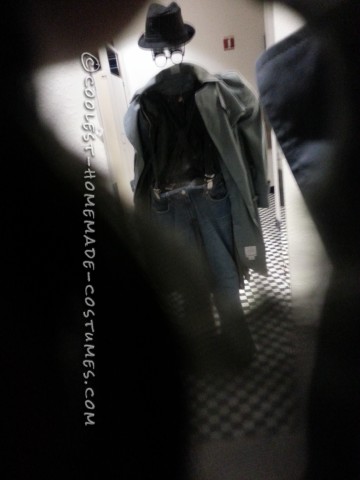 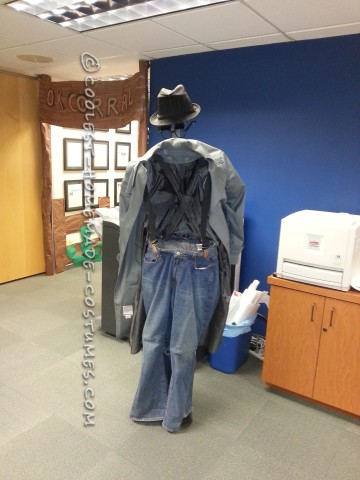 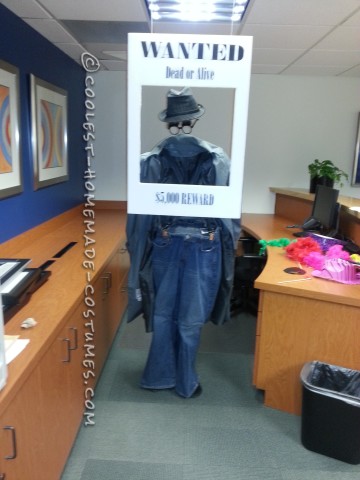 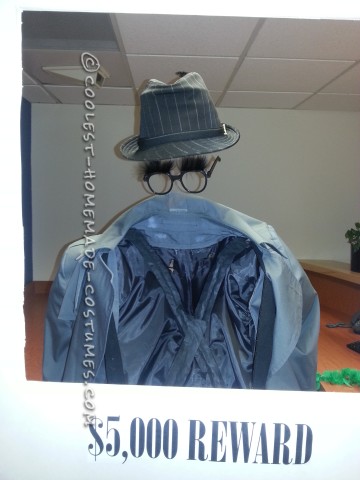 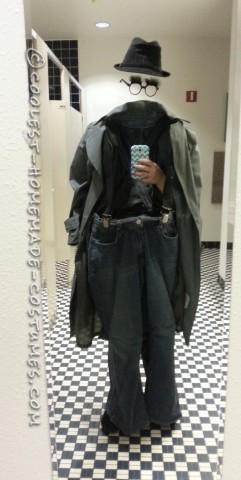