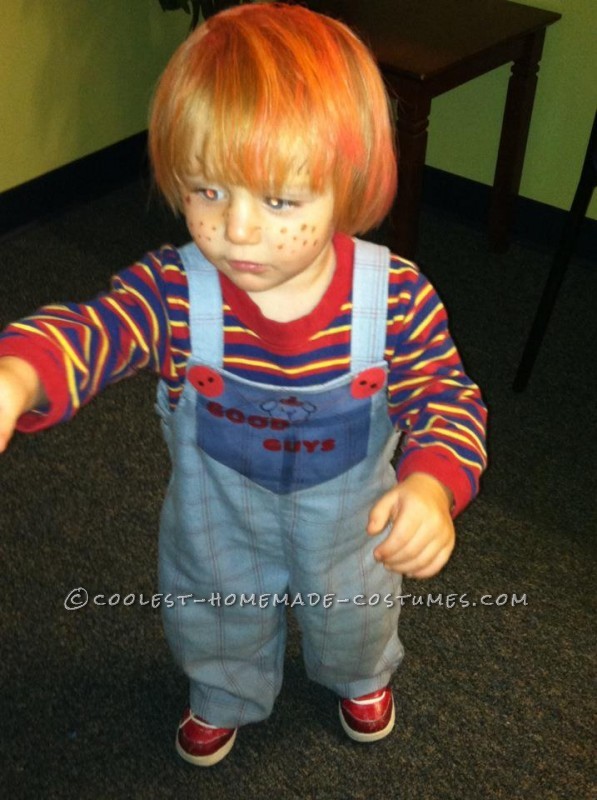 I always thought my son kind of looked like Chucky. SO I watched the original movie to see how I could make a Chucky Good Guys Doll costume. Realized that since my son was so little I wanted him to look more like the less scary version. So went to the Goodwill and Salvation Army and also a few consignment shops. Took awhile but found some overalls and striped shirt.

The overalls needed a little help. So I bought an iron-on applique and was able to make a pocket and add the “Good Guys” logo on it and print it out. I then ironed it on the overalls. I found a pair of used shoes and painted them red with red fingernail polish. I added freckles while my son was sleeping so he wouldn’t rub them off. I then let him take a nap so I could spray his hair. I first used bright orange and then a layer of bright pink to get the reddish color.

Everyone knew who he was and thought he was the exact same height as the doll. He even scared a few people when he was walking.