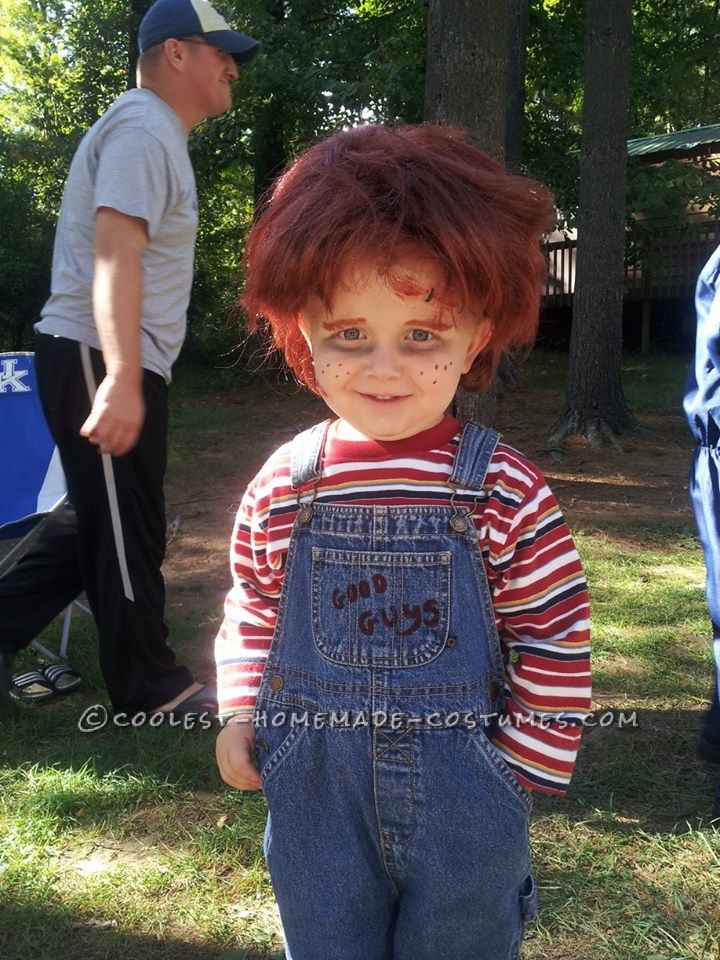 I got the idea for my son’s costume contest by looking at his expression one day I thought that looked just like Chucky from Child’s Play and then it was on. My mission to turn my son Brody into a living Chucky Doll and inflict nightmares into those that Chucky just creeped them out. So I found a women’s red wig online and modeled on him cut it up with scissors to resemble Chucky’s hairstyle.

Then online I found overalls, a striped shirt and red Chuck Taylor shoes. The magic began. I used fx scar material to create the wounds Chucky eventually got for that extra realism and a makeup marker to darken his eyebrows and make the trademark freckles. He already had the blue eyes so, Voila. Final step was to use a red sharpie and write good guys on his overalls. Give him a fake knife and oh my goodness what nightmares are made of.

We went to a campsite Halloween function this year Sept. 2013 and we had almost 100 people stop us to take his picture. The other kids in our group would want to get in the pictures and he would say No No, they just want me. Give that child the Oscar for his performance. He won the contest at Lake Rudolph in Santa Claus In and he won the Fallsburg Haunted House contest both this year. On the Fallsburg contest he had so many likes and comments like creepy little kid and if I saw him out on a dark night I would crap my pants and comments like best costume ever. I have had people message me on Facebook that saw his photos and ask me how I came up with the ideal and how I found the materials. This is the best costume ever because he looks so much like Chucky. 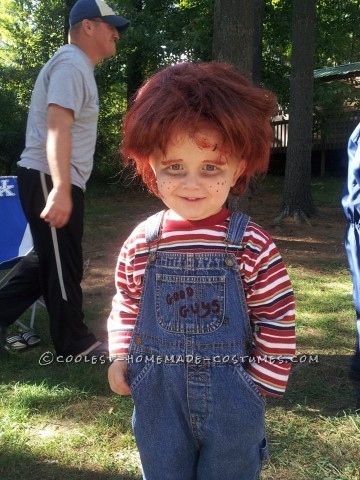 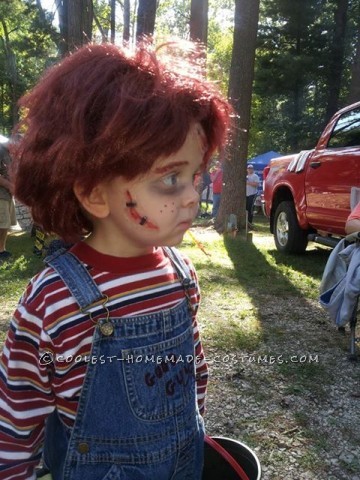