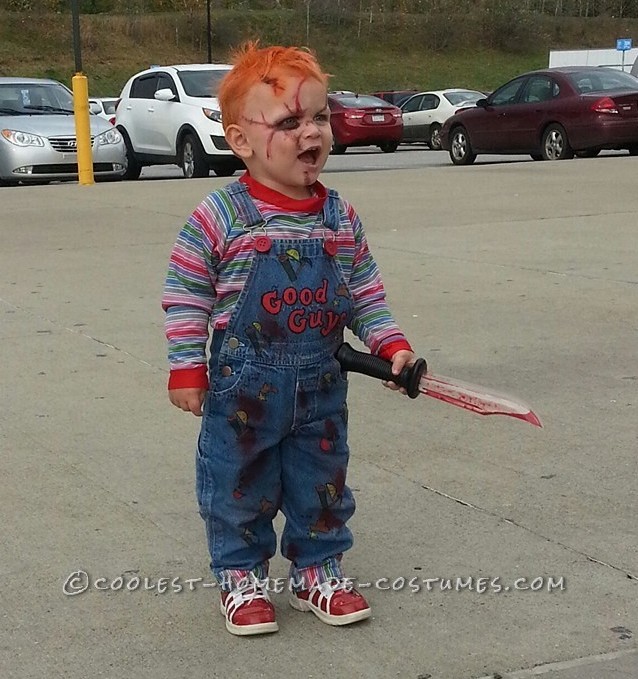 Hi, my name is Jon, my wife’s name is Shanda, and our son’s name is Christian. It all started about a month before Halloween. I was trying to come up with a costume idea for my two year old son. Last year, we dressed him up as Sully from Monsters Inc. He was a big hit. I wanted to top that this year and also wanted to take a bit of a different spin on it this year.

I was sitting around watching a movie one night and it was called Bride of Chucky. That’s when it hit me. My son looks like Chucky. It was at that point that I decided I was going to try and make a Chucky costume for my son for Halloween. I did lots of research on what Chucky’s outfit looked like. I started off with his coveralls. I found a pair of coveralls that my son already had. After looking at several pictures of Chucky, I painted them to match his coveralls.

After I painted them, I added some fake blood in different spots to make it look used and authentic. I noticed that his coveralls had metal clasp and that Chucky’s outfit had red buttons on his. I found two red buttons and glued them over the metal clasp. The next part was his shoes. I found a pair of shoes that was all white. I noticed that Chucky’s shoes are not just red but red-ish brown color. I took out my model paint and did some mixing and came up with the perfect color. I painted them to match the ones he wore in the movie.

The next part was his shirt. This was the hardest thing to come up with. I looked everywhere for a shirt and after countless attempts, I kept coming up empty handed. I was even going to find someone to print the pattern on a shirt for me but I couldn’t find any local that would back me up on time. After about a week of searching, I was just about to give up and buy him a regular striped shirt when one day I was searching on eBay and found a Chucky costume.

The only thing about this costume was that it was for a six to seven year old. I bought the costume and took it apart. All I wanted was the shirt. I then took the shirt apart and took it to my mom’s because I can’t sew, lol! She got it all put back together and now it fits him perfectly. Now his costume is finished. Now I started working on his face. I found some temporary tattoos that looked like scars. I cut them down and put them on his face to match the ones on Chucky’s face. After I put them on, I added some Halloween makeup to extend some of the scars and to add the red around his eye.

After I got his makeup  done, I took a small paint brush and added some fake blood on his scars to make them look realistic. The only thing left was his hair. I found a can of orange hair color and colored his hair. WoW! He looks just like Chucky! We took him to Walmart where we work and our fellow associates love him up there and wanted to see him. They loved his outfit and they took lots of pictures. There were even people we didn’t know asking us if they could take a picture.

We then took him to our local mall where they were having trick or treat and passing out candy to all the kids. They had a costume contest but the way they had it set up was that there were three people that would walk around the mall and pass out ribbons to the best costumes. This girl came us to us later on and said she looked everywhere for us because she said he looked amazing, but she thought we left because she couldn’t find after they started passing out the ribbons. He was a huge hit there. Everyone was complementing us on his costume and taking lots of pictures.

I had so much fun spending time with my wife and son making this costume for him. I can’t wait until next year and we can come up with new idea. Next year will be fun also because we are having a little girl December 30th. I can’t wait to dress her up. I would like to also say thank you for having this contest and giving us the opportunity to join. I hope you enjoy this costume as much as we did and everyone who saw him. 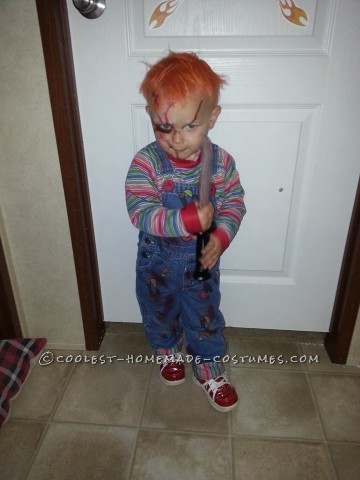 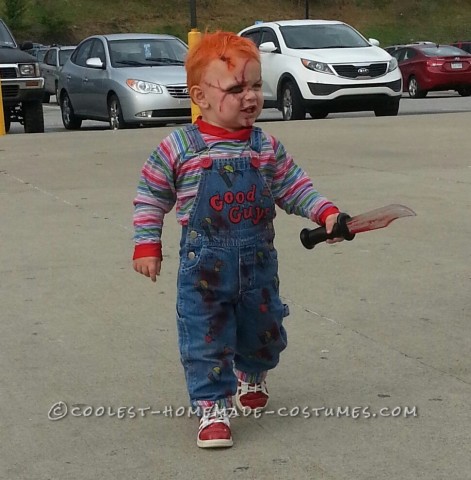 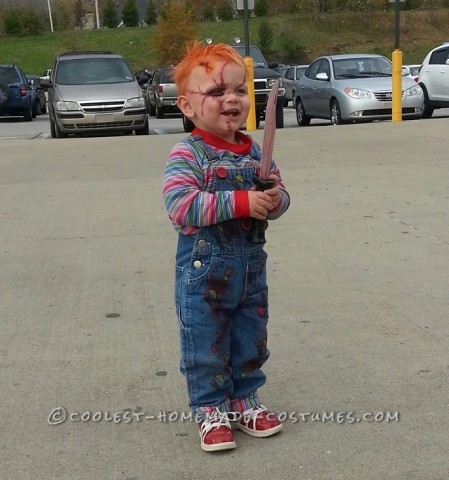