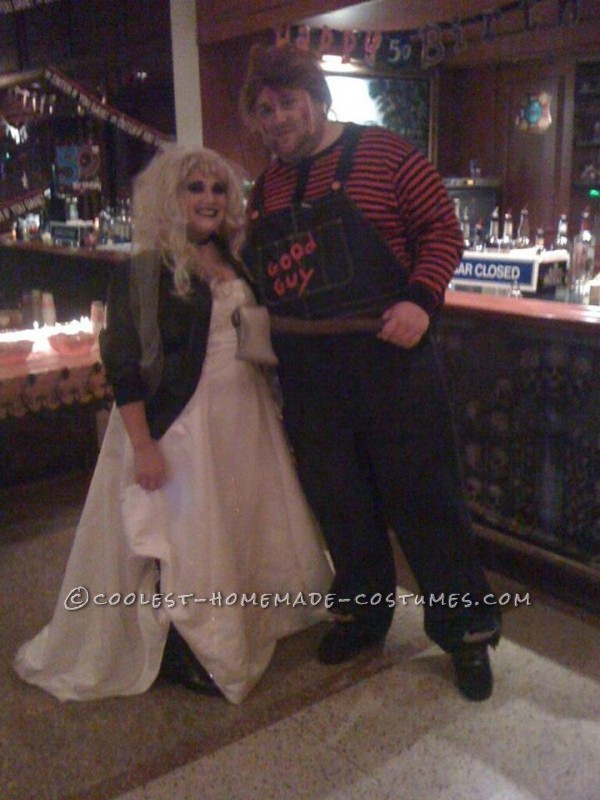 Both the wigs for this Chucky and Bride of Chucky homemade halloween couple costume was purchased at a Halloween store. I was not able to find a Chucky wig so I had to buy a hill billy red wig and cut it to match Chucky’s hair. Bride of Chucky’s wig was used the year before for Dog the bounty hunter and his wife costume. I had to cut this wig as well to match.

Bride of Chucky: Wedding dress was purchased on Ebay for $25.00 dollars. Leather jacket is something I already owned as well as the black boots. Vale was made with a white head band and tool that I purchased at the dollar store as well as the black choker. The vale was made with hot gluing the tool onto the head bands. The black choker is just black ribbon and Velcro. Black lip stick was purchased at the Halloween store. 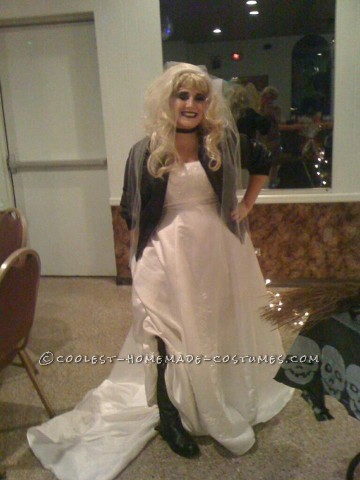 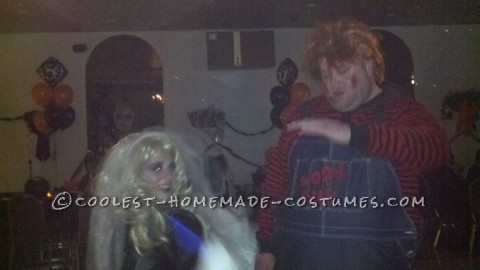