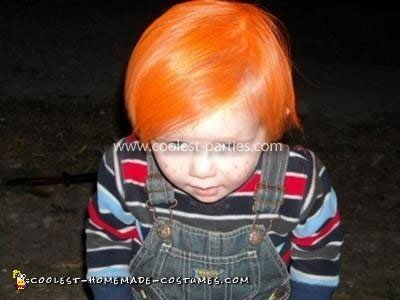 This is my 2-year-old son, Blake, wearing a Homemade Chucky Costume we put together based on the serial killing doll from the Child’s Play movies, better known as Chucky. My husband and I thought that the store-bought Chucky costumes looked really cheesy, and they don’t make them small enough for two-year-olds (a Chucky costume really does look much more realistic on a toddler because they are closer to being doll-sized).

So we found a striped shirt, some overalls, sprayed his hair orange (which we had let grow out in preparation for Halloween), and dotted freckles on his face with a brown eyeliner pencil; a plastic knife completed the ensemble.

We got so many reactions when we took him trick-or-treating! Everyone knew right away who he was supposed to be and we got so many compliments. One guy, who said he collected Chucky memorabilia, even asked if he could take a picture of him on his mobile phone! My son made the best little Chucky ever! 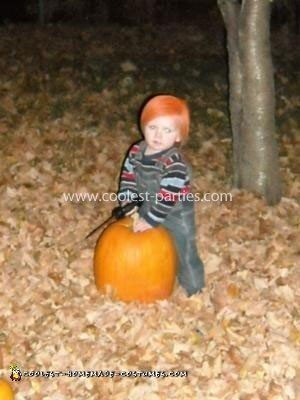 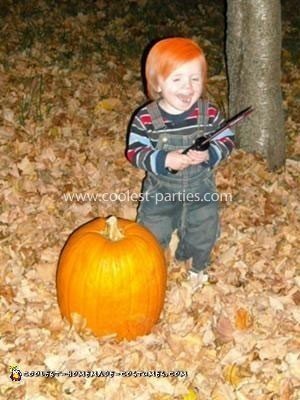 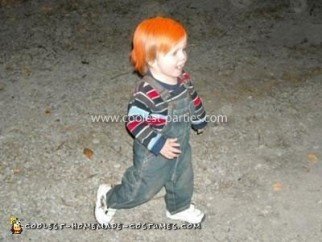