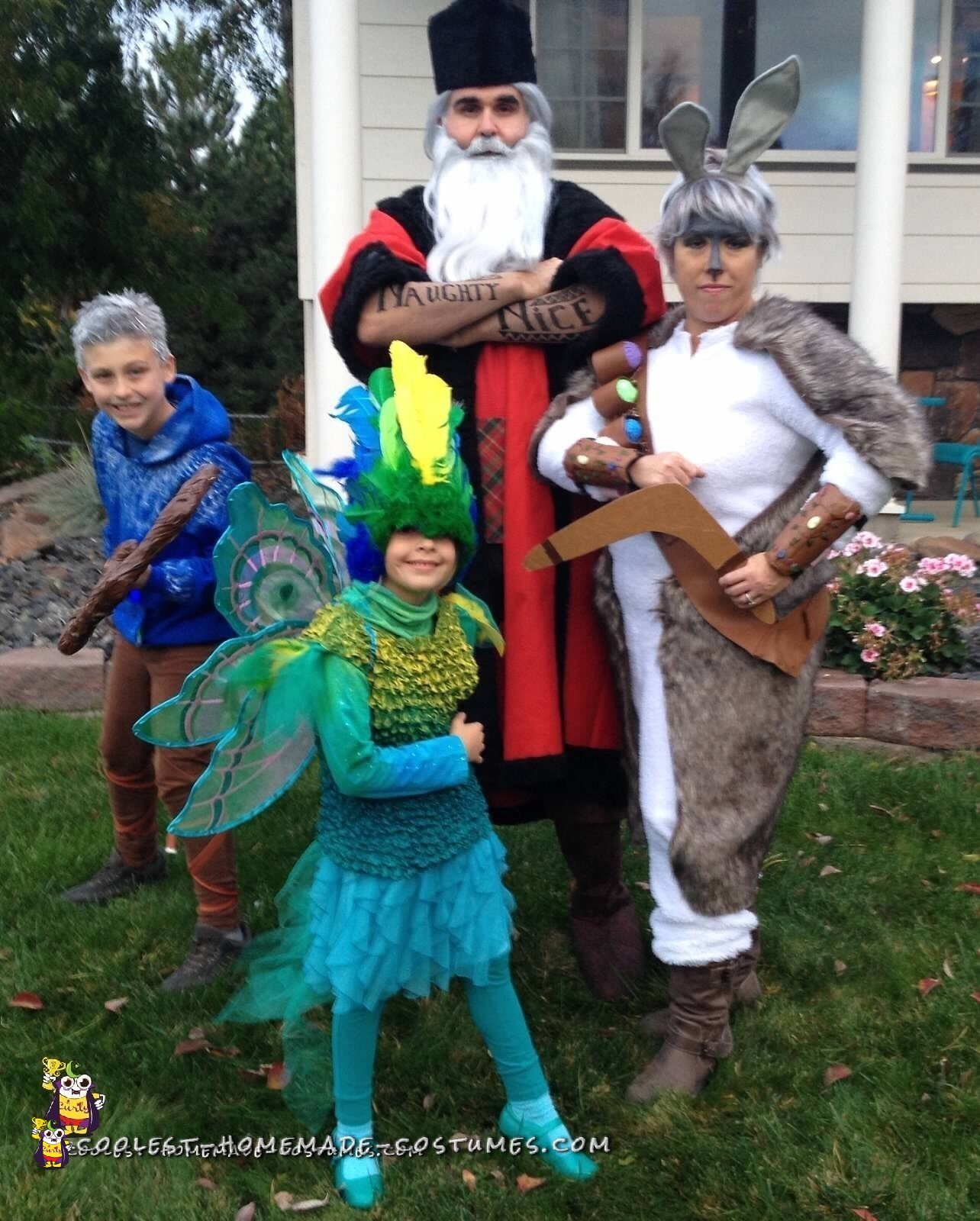 My kids decided on our family costume theme, and we went with it.  My daughter’s costume “tooth fairy” was the most difficult.  We spent days finding just the right feathers for her head piece.  We made a mold of her head with fabric and duct tape and then paper mached it. We added several layers of spray paint before we glued the feathers.  Her skirt and shirt came from a thrift store- we spray painted her shirt to match the feathers.  We had some fairy wings laying around from a previous costume.

My son’s costume “Jack Frost” was easy.  Found a used blue hoodie and used puff paint for the frost.  I used a tooth pick to make the puff paint look more “frosty”. His staff was made from PVC pipe and brown duct tape.  We found some blue led lights that had a battery pack, which we taped to the bottom so he had a glowing staff.  His pants were brown leggings I found at the thrift store. He would be mad if he knew they were girls pants!

I went as “Bunny”.  I Found an adult onsie in the pajama section and added fur.  it was hot! Definitely not something to be worn for very long.  I found fake leather and made a sash to hold my eggs.  We painted plastic Easter eggs and added it to the leather sash. The boomerang was made from basic ply wood.

We started our family costume in August.  My daughter’s feather head piece took the longest.  It also takes time going to thrift stores and garage sales looking for just the right thing.  We usually start our Halloween costumes a few months in advance, to leave time for any alterations and changes.

We we loved taking the kids out trick or treating in these costumes!  At first people didn’t know what we were dressed up as, then when they figured out we were from Rise of the Guardians they were impressed. 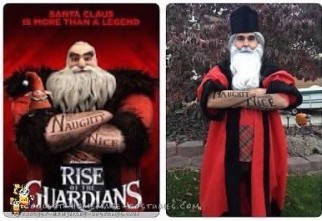 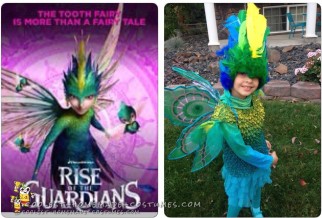 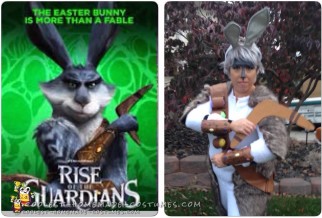 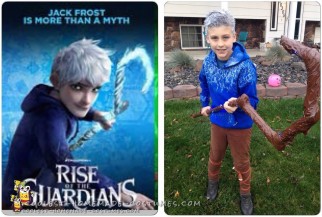 Original Tooth Fairy Costume from Rise of the Guardians