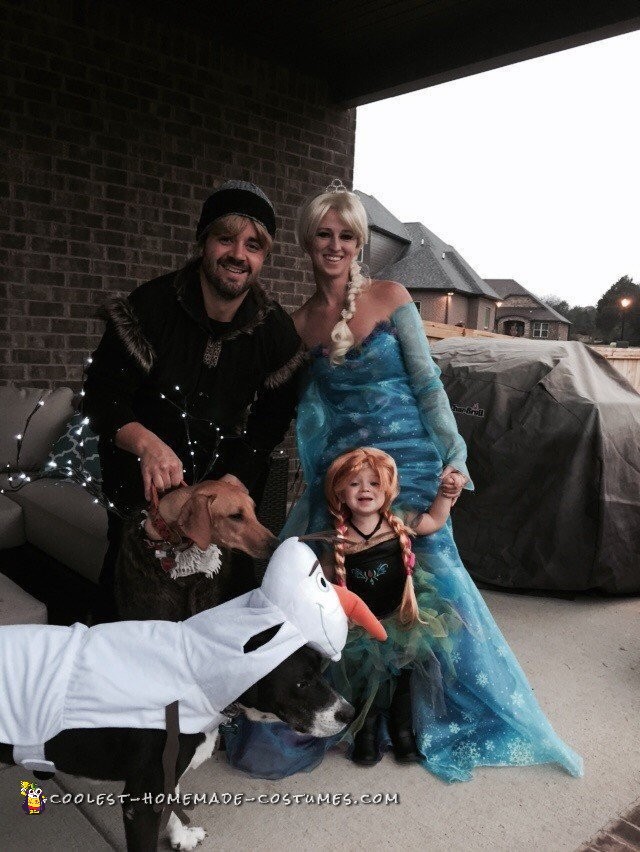 Our two year old has been obsessed with the movie and characters of frozen for about a year (what toddler girl isn’t).  Mommy has a little creative bone and a little extra time while we move into a temporary home until ours is ready (yea right!!) but couldn’t help herself create this magical moment. Mommy was Elsa, daddy was Kristoff, and the dogs even had costumes (Sven and Olaf). The picture I envisioned didn’t quite happen the way I wanted. Someone said if you guys pull off a single picture it will be a miracle. Luckily I can add more than one photo to get every prop that was supposed to be in the picture.

Many of my friends would say I keep too much but I love the feeling I get when I can put something to use that has been in my sewing room for years. The only things that were not repurposed or “made from scratch” were the wigs and the Olaf dog costume.

Elsa: Prom/Formal dress that I have been trying to sell at a yard sale for 5 years. Thankfully it never sells bc this is the second year I made a costume from it.  This year to create Elsa I purchased snowflake material with a 60% off coupon from Joanns. I sewed a little to cover the front and made a train to cover the back.  The sleeves were separate for comfort. The wig was purchased and the crown was a crown my mom saved for me from my toddler Cinderella pageants. The hairpins were from my wedding.  I even tried to do my eye makeup like hers.

Kristoff:  The pants, thermal shirt, and button shirt were purchased at Goodwill.  I used leftover fur material I purchase for making pillows for the trim and ribbon at Joanns. The only sewing I really had to do with this costume was the trim. I unfolded the collared shirt, cutoff the sleeves and arch at bottom of the shirt, and added trim. The boots were his outdoor boots with a little more of the fur and scrap brown material I already had. I shaped the “pointy square shaped weirdness of his feet” with piping. I purchased “the boss wig” from performance studios and turned a hat of his inside out so that it was black. Rope was bought at lows.

Anna:  Black leggings and boots we already had. The tutu was her peacock costume last year. I also had leftover mesh I used to make the sleeves. I sent my aunt some scrap black material to embroider the emblem on the front. Once she sent it back I was able to construct the shirt and add the gold trim which was taken from a friends comforter that was given to me about 10 years ago.  The Anna wig was purchased from Performance Studios and they were so kind to climb and get it off the mannequin for me. It was the only one left. I made Anna’s necklace from extra shirt material and a copper bead.

Sven: I used a dog collar to attach the pre-lit battery operated tree limbs that I purchased last year for a Christmas tree costume. Sven’s coat was made from leftover fur and some scrap corduroy sewn into fringy chest hair. We lit the light to re-create the scene where Sven is working his way through the hanging icicles.

I was amazed with how many children recognized our characters in the dark and got so excited to see us. When kids would answer the door they wanted to play name the character…even the boys got excited about it! Halloween 2015 was amazing! 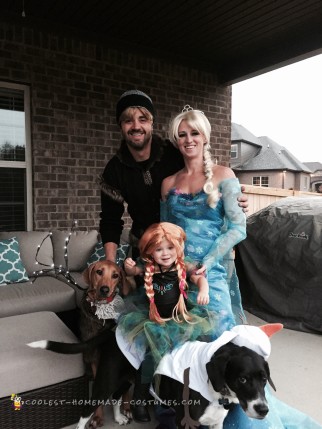 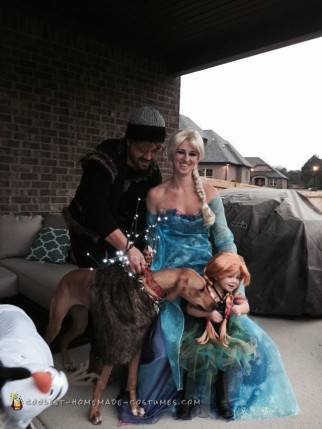 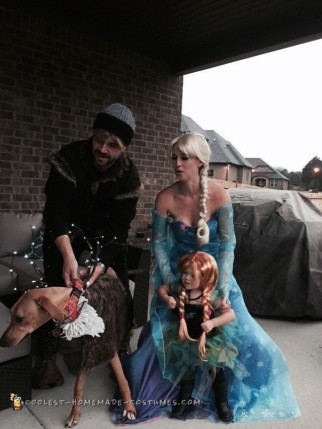 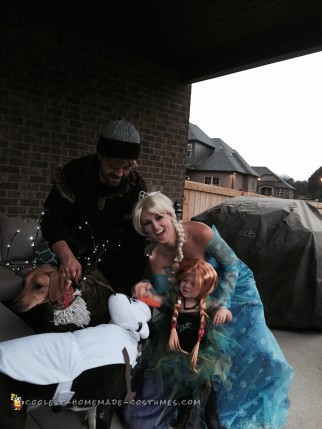 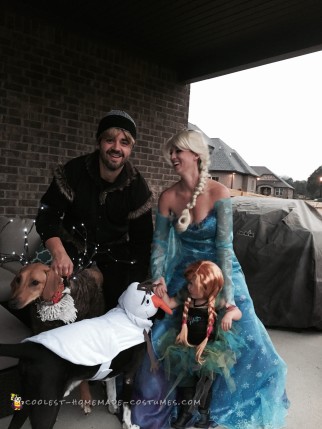 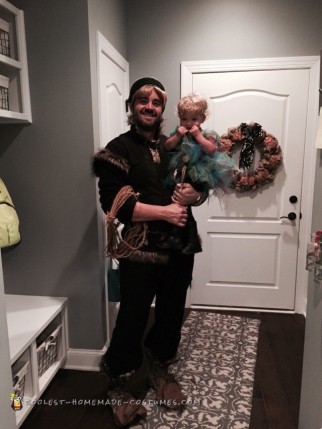 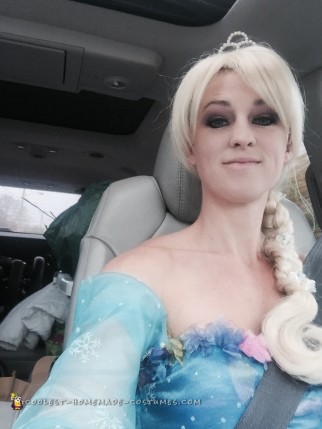 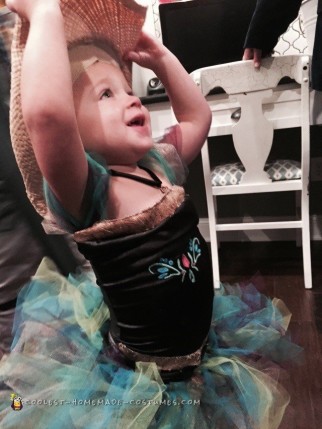 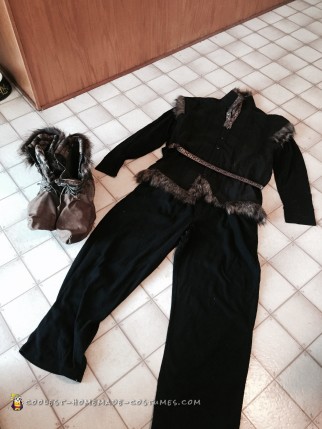