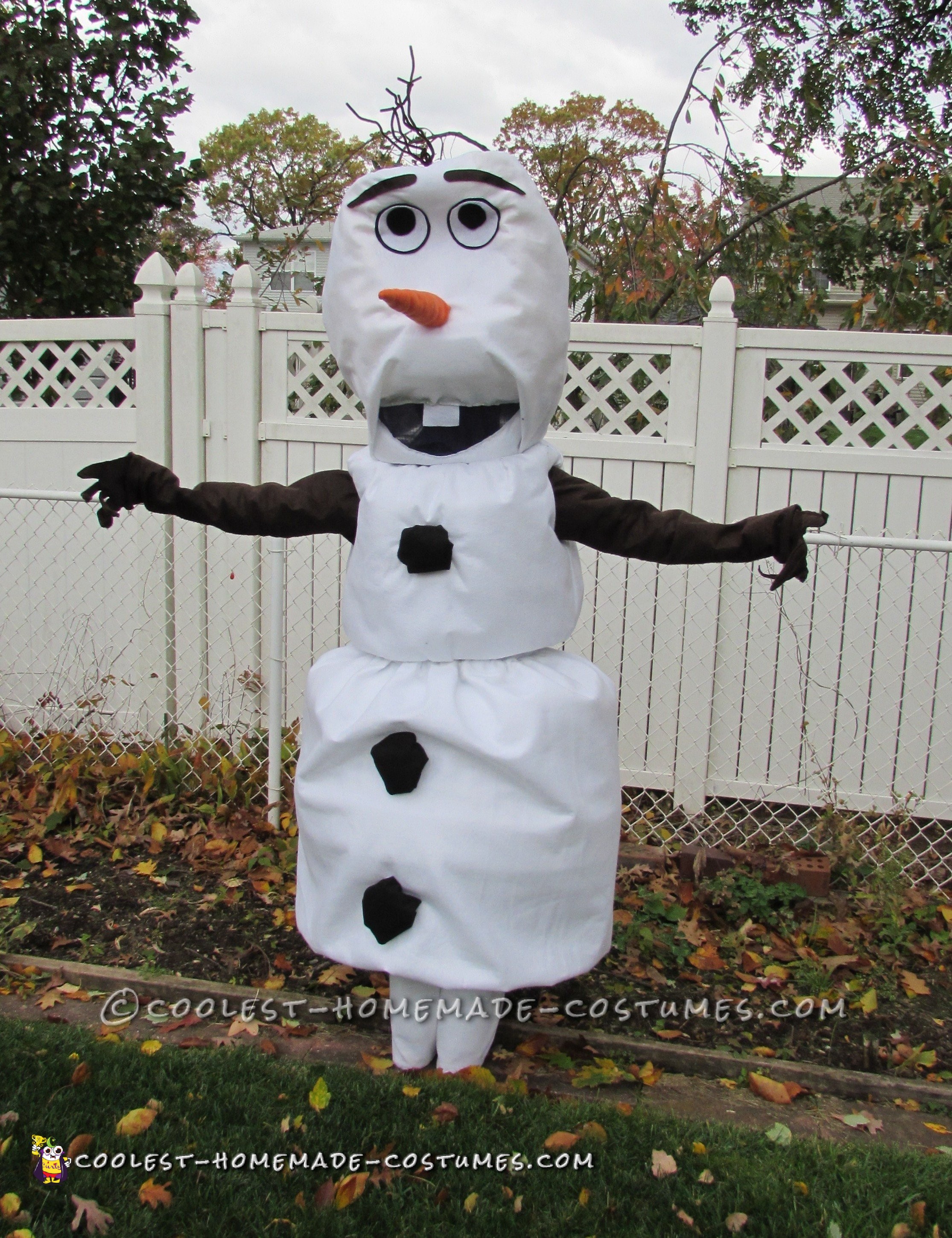 All this started with me looking for a costume at the beginning of September.  The costume had to be better than last year  and I wanted to win a prize. I searched and searched and finally decided on Olaf from the movie Frozen (I love snowmen). I asked my boyfriend to help me and he agreed.  So, that night we borrowed the movie from my neighbor and watched it to see what this character was all about. After the movie, we discussed the things that we could use to create it. My boyfriend suggested chicken fence to shape the head and the body since it would be easy to shape it with that.

We started with the head. It was shaped nice, but it needed a little something extra.  When he woke up the next morning he decided to add three cans of spray insulation to shape the head and give it some depth. After shaping the head (and waiting until the following weekend) the next thing we had to do was to shape the two body parts with the rest of the fencing.  This was going to take all night if we used wire cutters. I remembered an old tool from my 95 year old father’s basement and I went to get it (I knew that one day, I would use them). My boyfriend said, “Tin snips, that would work great (pat myself on the back for that thought).” With all the time it saved, my boyfriend couldn’t believe such a tool would come in so handy.

We began measuring, cutting and forming the body. We used white duct tape to tape the ends of the fence so I wouldn’t get scratched.  We also used the wire that was wrapped around the fence to stitch the two ends together, to seam up the back. When the wire was shaped, it was time to head to the fabric store to get material and stuffing. We spent about two hours picking out the material and stuffing and then headed to the cutting counter where we needed help to figure out how much material we actually needed.  Let’s just say George (the Manager) spent a lot of time with us.

The following weekend, it was on to cutting the stuffing and material to cover him.  First we covered it with foam (which  had to be hand stitched to the fencing) and sparkly felt that also had to be hand stitched on top of the foam.  Every night I would go to bed and stay awake thinking “how will this get done?”, “what will I look like?”, “will I fit through a doorway?”, “will it fit in my car?”, “will people laugh at me?” I could go on and on with these kinds of questions.  Let’s just say I lost lots of sleep that week.

The next weekend was a busy one for us.  We worked on the Olaf costume a little, but at this point we were running out of time. I convinced my boyfriend to take him home and work on him during the week without me (he’s such a good guy) and he agreed. So, that Sunday (the week before the party) out went Olaf and I got my good night sleep. It was amazing, “out of sight, out of mind” (well at least for me).  Now he was having the sleepless nights thinking about our buddy Olaf.

The whole project took us about 60 hours and was finished 3 hours before I needed to leave. We also decided to use suspenders for the bottom part of the body so he would “bounce” like the real Olaf. Also, we added a kids’ helmet to the inside of the head so that it was able to stay on my head and relieve some of the weight off my head.  We originally used a round cork ring, but it got to be too heavy for my head so he needed to rethink it (well, it was his original thought, but I told him I wanted it to be simple – of course he was right).

I wore Olaf to a country western bar where they have a big party every year. There are about 100 people who enter the “parade” that consists of homemade costumes and store bought costumes.  This is the time to check out your competition and make yourself shine and stand out.  I danced around the dance floor loving life. First they choose the top 25, then after an hour or so they narrowed it down to the top 10, and finally they chose the top 3. During the parade and the top 3 announcement everyone was cheering for Olaf. Once the winner was chosen you could hear the boos against the decision and the chanting for Olaf.  I was so upset; I couldn’t believe we didn’t win with everyone cheering for me (us). I was beat out by the operation game, the Geico motorcycle guy and the Easter basket with three people dressed as chickens.

While parading around the dance floor, there were a lot of cheers for Olaf, but the judges must not have listened. I felt so bad for my boyfriend. The costume was made with no blueprints. It was all handmade and so much time was put into it. All night people were coming up to me asking if they could get their photo taken with me.  In every picture I was sure to be smiling under my big (4lbs 6oz head) (just a little joke, you couldn’t see my face). My comment at the end was “how many times was the operation game in a picture?” I could count on one hand (I guess that was the unhappy me because I didn’t win). It was heart-breaking not to win after all the hours of work and the cost to make it.

The costume cost $175 to make, but being Olaf for the night and bringing smiles to everyone’s face was priceless.  Oh, I also need to mention that next year my boyfriend plans to break up with me before Halloween and we can start dating again the week after.  Let me just say that he did all the work. I just made the eyes, nose, and buttons; all the rest was him! There was a lot of hand sewing involved.  I did agree to split the winnings with him prior to starting the project and we even shook on the deal.  I would love to use the costume to visit nursing homes and children, so that is my next project.  Thanks for your time and consideration. 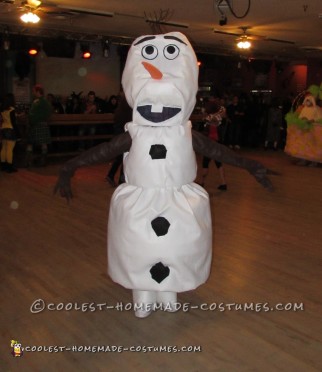 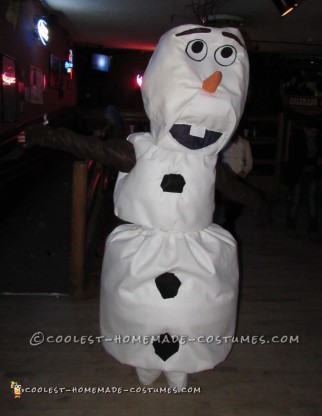 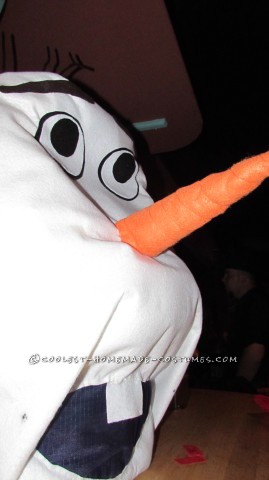 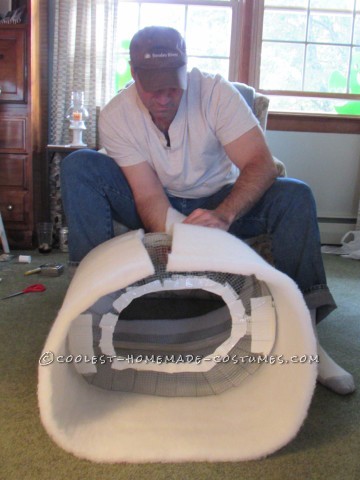 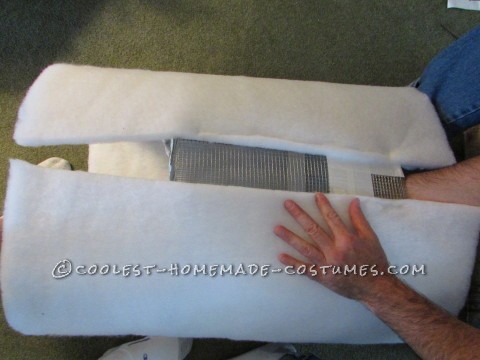 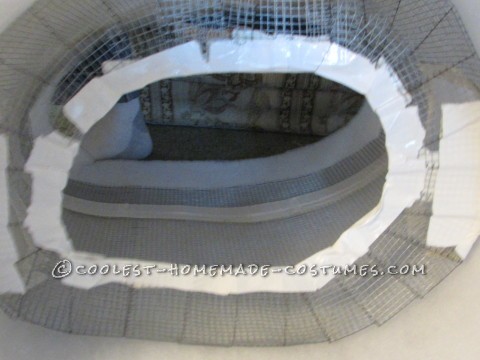 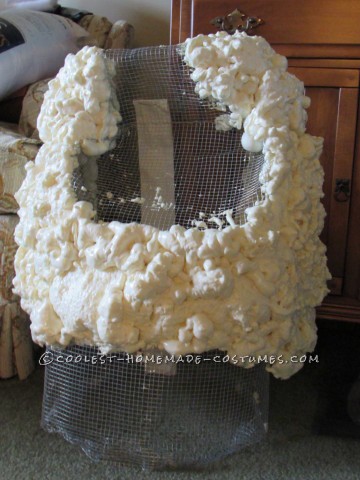 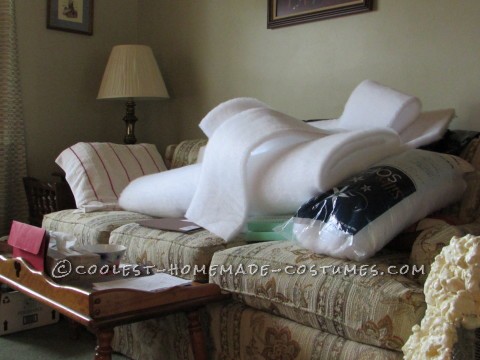 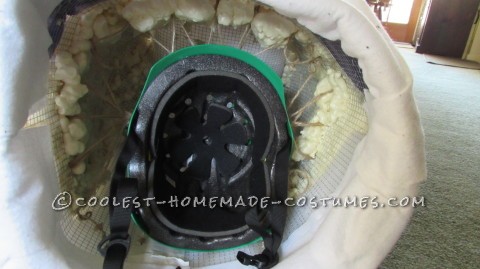