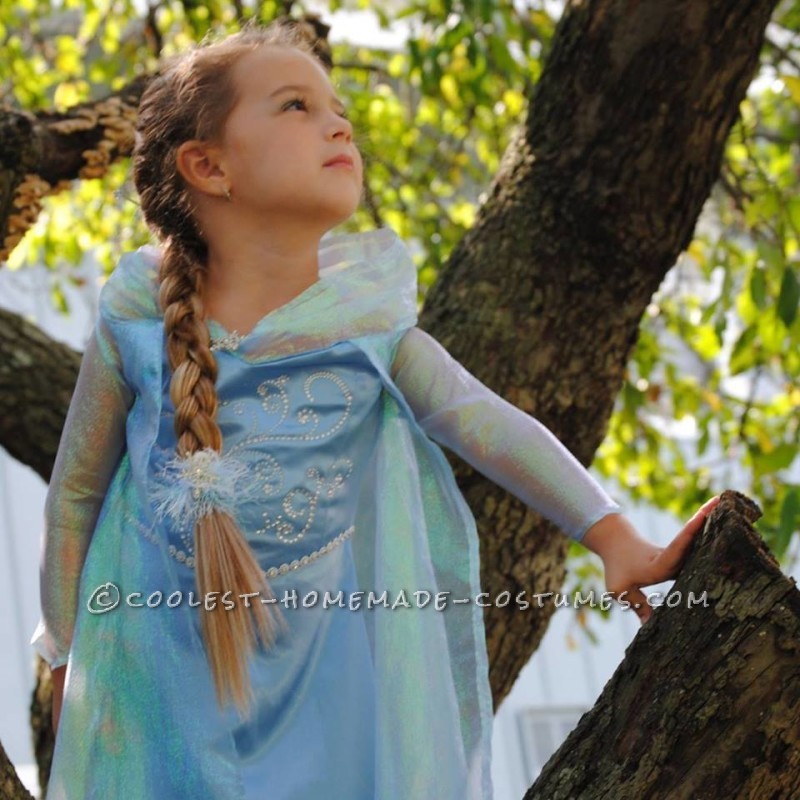 My Granddaughter Hallie had friends over visiting and they were all talking about what they wanted to be for Halloween. Hallie said “I want to be Elsa from Frozen”. Her little friends told her that she could not be Elsa because she wasn’t a princess. Hallie cried. My daughter called me and asked if I could make Hallie an Elsa costume for Halloween. She told me what had happened and how sad Hallie was. I told Hallie that I would make her the best Elsa costume ever. The next day I went out and bought the fabric. I sent her pictures so that she knew I was really making it.

A few days passed and her friends came back to play. Hallie told them that she was going to be Elsa. Her friends said she couldn’t and she began to cry. My daughter told her “Yes you can be Elsa grandma is making your dress remember” Hallie marched back into the room where her friends were and said  “I am going to be Elsa. My grandma is making me a Real Elsa Dress. My grandma made Elsa’s dress and now she is making mine!” When my daughter told me what she had said I knew this dress had to be different than any other Elsa costume out there. I spent the next few weeks altering the pattern to make Hallie’s as close to Elsa’s as I could. I draped the neckline and added as much bling as I could. I crocheted a hair tie to match the dress and found a pair of silver glitter shoes to complete the costume. They live in Virginia and I live in California so I packed it up and mailed it to her.

When the package arrived she invited all her friends over to she it. She put it on and modeled is for all her friends. “Wow your grandma really did make a Real Elsa Dress” My daughter said she has never seen her so happy, she smiled all day. Hallie asked her mommy if they could take pictures of her in her REAL ELSA DRESS. The pictures of her in the dress were taken that day. Hearing that I was able to make my sweet little granddaughter so happy made this grandma cry. 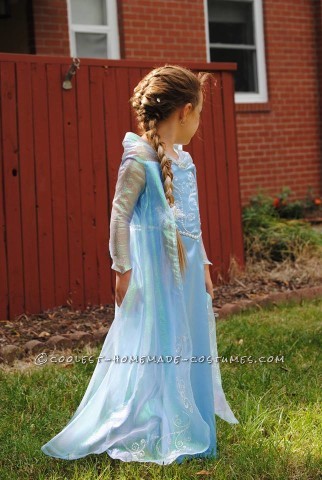 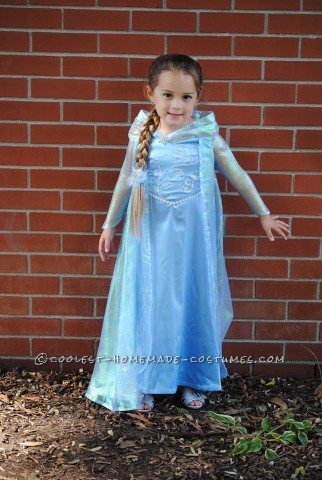 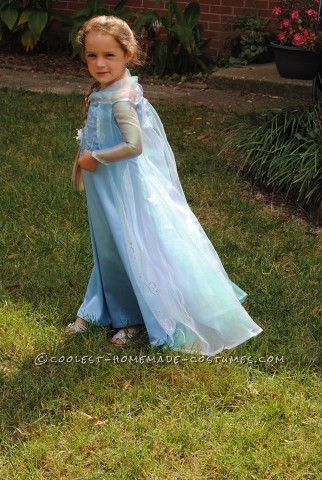 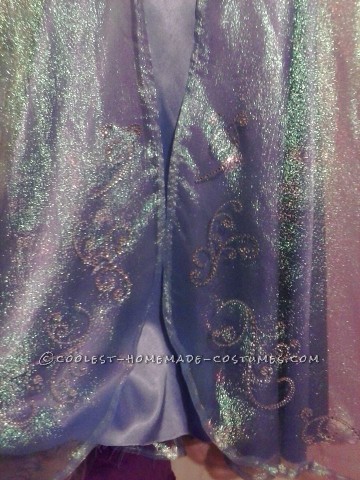 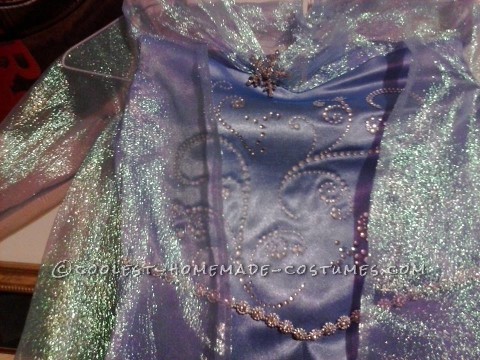 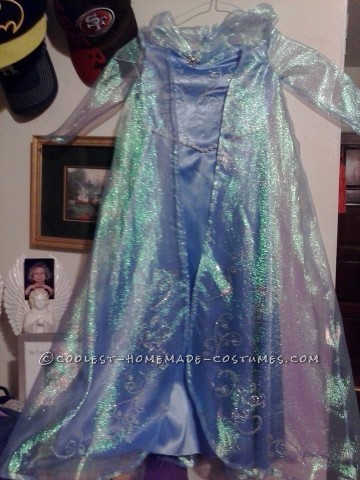