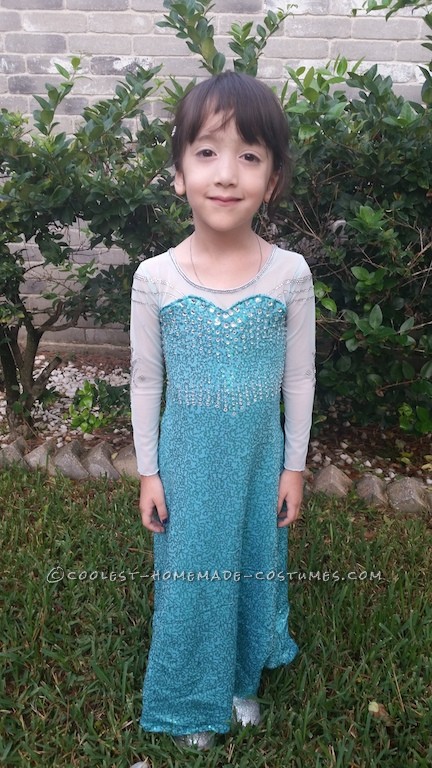 My daughter wanted to be Elsa for Halloween (not terribly shocking, considering Frozen’s popularity.) I shopped around, looking at costumes in stores but I found them all horribly disappointing. None of them looked like *Elsa*. They were all generic princess dresses in aqua and white and silver. Boring. A few came kinda close, but still not close enough for my tastes. So, I decided, I would make one! Who cares that I haven’t used a sewing machine in 10+ years, and I’ve never made a dress this detailed? IT WILL BE GLORIOUS!

I set about studying every reference I could find of Elsa, watching the movie repeatedly (how trying for me, really. I only love that movie more than is healthy. What a chore, watching it as many times as I could) and googling and googling and even more googling. Shopping for the fabric ended up being more complicated than I had accounted for. Elsa’s dress is apparently made of fabric that resembles almost nothing on earth today. I found a few things that *might* have worked or were relatively close, but I had made the choice to make this dress out of spandex, for a few reasons. Spandex meant that I wouldn’t have to bother with putting a zipper in it, and that also meant that my daughter could put it on without assistance. Spandex would also be a bit forgiving if I got measurements too small, and fitting it would be easier. Sewing it isn’t easier, but the final product would be great. I settled on 2 layers of spandex for the sheath part of the dress, one soft jersey for the lining and the other sequined for the outer shell, both in aqua/turquoise. Then I bought some spandex mesh in light blue for the top, and some light blue organza for the cape (not stretchy, this just needed to be sturdy.) I also decided I would make the cape detachable, so I would use a separating zipper on it (the kind used for jackets) so the cape could be taken off and put back on at her discretion.

I had to create my own pattern for this, which got frustrating after a while. Not because the dress was difficult, but because my daughter cannot seem to stand straight and stand still for longer than 15 seconds before melting into a slumpy pile of girl child. So, I found and purchased a couple patterns: one for a lone sleeved, boatneck leotard (for the top and bodice) and another for a plain, simple girls maxi skirt. A bit of tweaking and cutting and taping later, and I had a couple of patterns for the Elsa dress.

I cut out the fabric and sewed it together. First the lining, then the shell, then the top. I sewed the top in between the layers of the shell and the lining, and hemmed it and before you knew it, I had the dress. All I had left to do was to bedazzle it with the designs on Elsa’s move dress, and it was finished. Then I could move onto the cape.

Sewing the cape was the easiest part. I found a pattern online and I used that to draft my cape. I had to make a few more adjustments to shrink it down to fit my daughter without being crazy long, and adjust the designs on cape itself, but soon, I had the basic cape. That part only took about 3-4 hours. The most labor intensive part of the entire costume was next… putting the rhinestones on the cape.

Rhinestoning the cape took approximately 16 episodes of The Walking Dead, 14 movies, 2 episodes of Big Bang Theory, 2 episodes of Grey’s Anatomy, 2 episodes of Once Upon A Time, and 3 episodes of New Girl. Or approximately 50-60 hours. Maybe more, because I believe I spent an additional 16 hours working on it without any TV or movies to distract me. It also took about 20,000 rhinestones, just for a small child’s cape, but I do very much enjoy the effect. And I am not going to lie: my driving motivation for finishing the cape was to get people’s reactions so I could lap up the praise. What can I say, I love compliments.

My daughter loves the costume. I found the hair pins and a wig for her, but unfortunately the wig seems to be made for infants because it refuses to fit her. I may or may not replace it with a bigger wig by Halloween. It depends on how much more money I feel like spending… or rather, how much more money I can spend on this costume before my husband loses his mind. 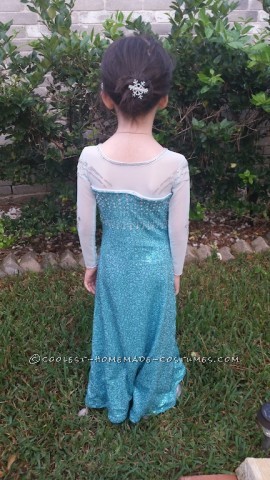 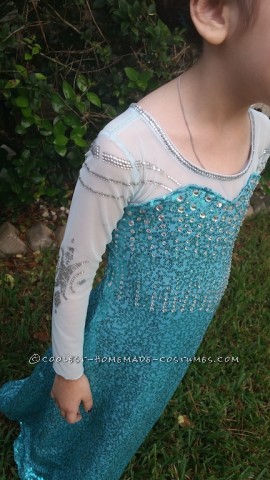 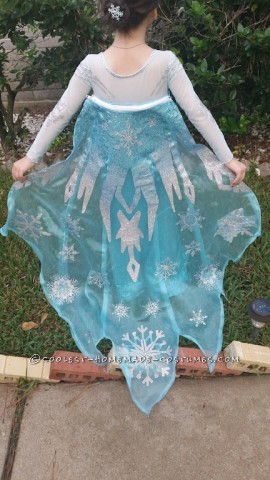 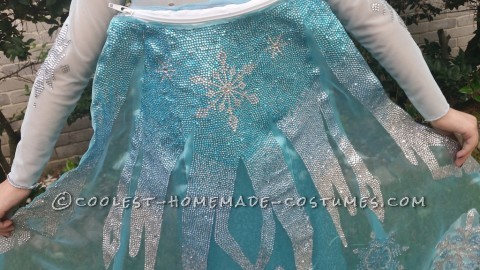 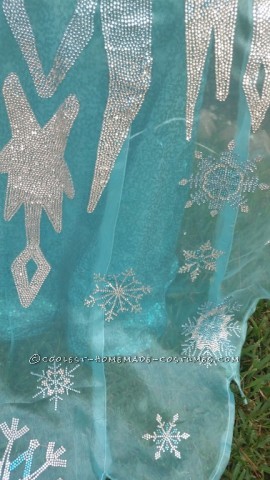 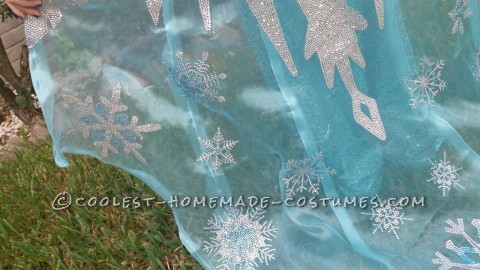