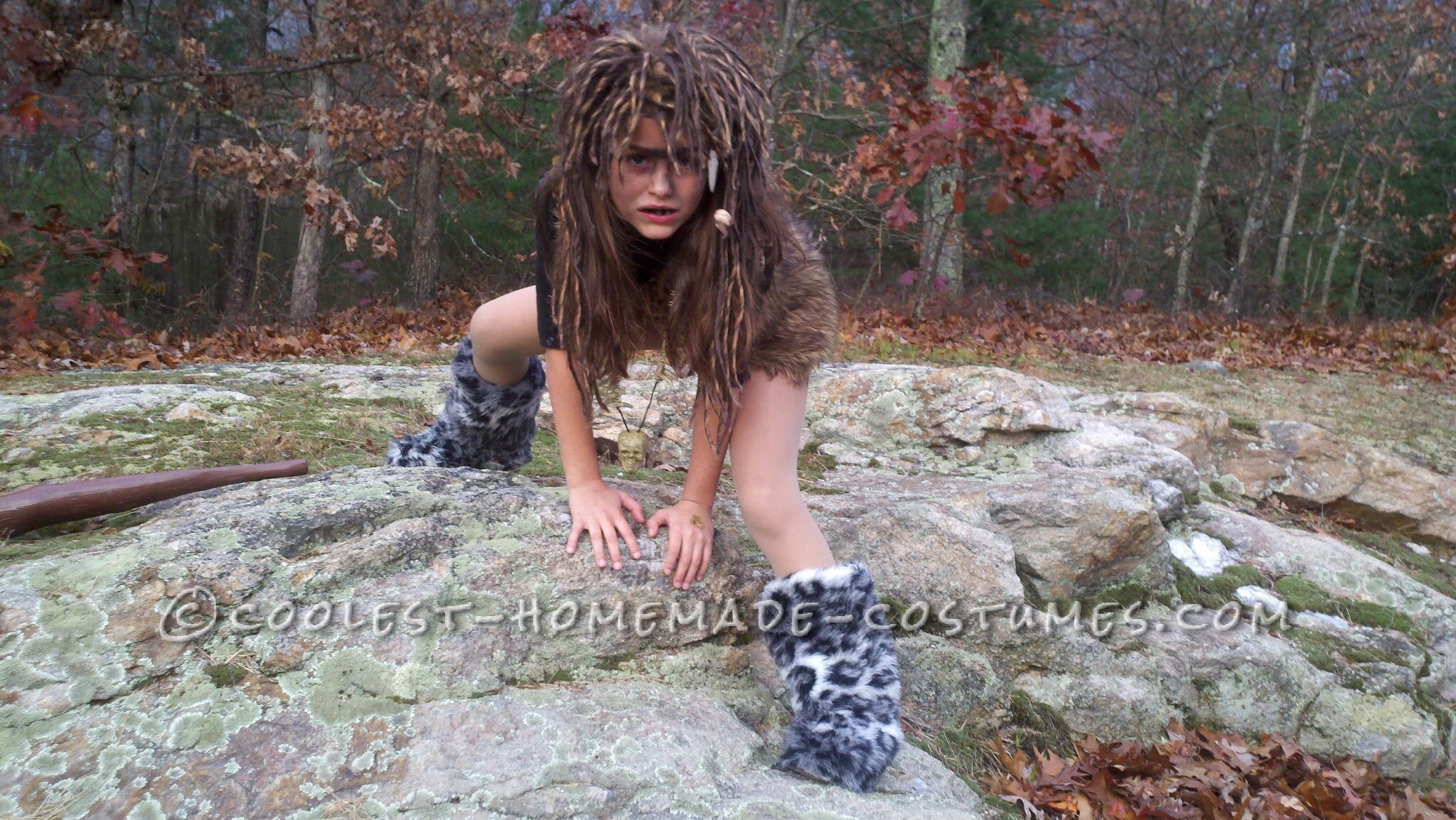 For my daughter’s cave girl costume, I used / bought the following: Old boots, caveman wig (which matches my daughters hair perfectly couldn’t tell what was her hair or the wigs), skull head and bones necklace and bracelet set, gross green/brown rubber teeth,  a caveman club, used my hot glue gun, used brown eye shadow also used a brown fur vest we already owned and bought 2 animal fur fabrics a couple yards of each. (One was snow leopard fur the other leopard fur)

I used the snow leopard fur to make boot slip covers to go over the old pair of boots (they were going to be thrown out anyways due to stains and some tearing).  I used sewing pins to pin the fabric to the side of each boot then cut it out. I used my sewing machine to then sew the 2 pieces together to make a fitted slip. Once I slip the covers over I used the hot glue to glue the fabric to the boot to secure it and make it looks like the entire boot is made of fur like caveman would’ve done. (My daughter enjoyed wearing these boots to school after the reformation)

I then got to work on the cave girl dress made out of the leopard fabric. I measure my daughters bust, waist and hips and her length from shoulder to thighs. (I don’t know how to sew clothes I just winged it) I basically made a circle of fabric that I attached 2 shoulder straps to using the sewing machine. I had to slid the costume over her head hands up as it was very tight but it worked. She wore a black sweater underneath and nude tights for warmth.

I used the brown eyeshadow to darken and thicken her eyebrows and to create a unibrow. I also used it to slightly smudge her face to create a dirty appearance. We then assembled the costume adding the boots, fur vest, skull necklace & bracelet, fake teeth, wig and club. We have some big rocks outside our home so we took some pictured while she posed on the rocks cave girl style.

My daughter won 1st place at 2 contests. One at her gym halloween party over 75 kids, and the other at a friends house party around 30 kids.

Thanks for checking it out! 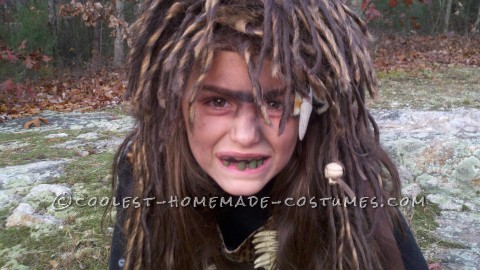 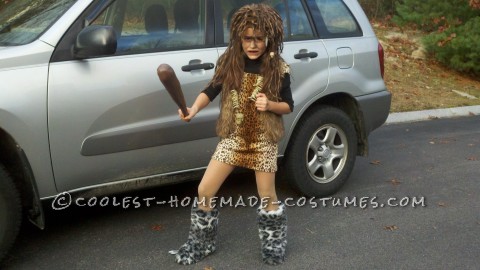