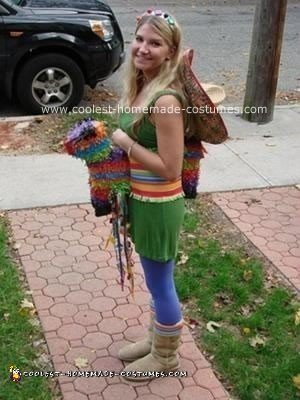 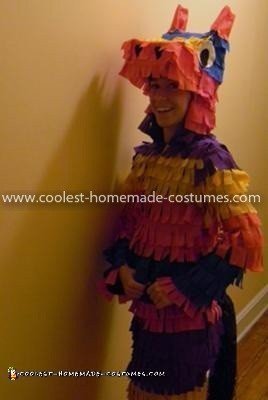 With a birthday on Cinco de Mayo, I’ve always felt a shared kinship with the piñata. This year I took it to the next level! I love Halloween so what better way to celebrate my fiesta friendship than with an ode to the traditional Mexican creation. The Homemade Pinata Costume was fairly basic in construction, … Read more

I was in a party store just a week before Halloween helping a friend buy party stuff for her son’s birthday party. I was looking at all the different kinds of great Halloween costumes they had. I saw the Pinata costume and thought to myself how cool that would be to be one for Halloween. … Read more 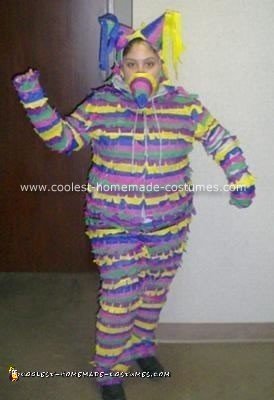 I was talking to a friend of mine about what I should be for Halloween and came up with the bright idea of me being a piñata. So I went to Walmart and bought some sweat pants and jacket for $5.00 each, 2 bottles of fabric glue which were $2.00 each and then I went … Read more 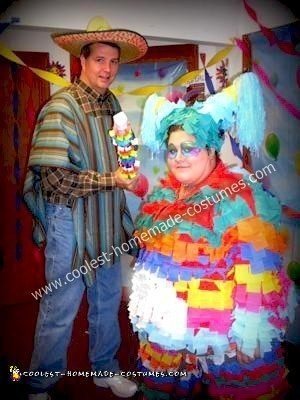 This year I decided to do something fun at work. We racked our brains trying to come up with a costume that was not only work friendly but also easy to work in. I was bored with Witches and Angels, I wanted color. So My boss and I decided to use things around the office … Read more 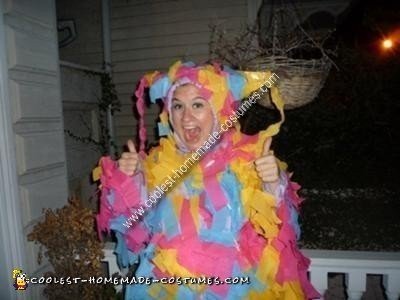 My sister and I went as piñatas in 2009 for Halloween. I went to a thrift store and found two pairs of scrubs and two hooded zip up windbreakers with side pockets. Old school style. Then I bought party streamers in pink, yellow and blue (3 of each color) and 4 party hats for the … Read more