My Girlfriend wanted to dress up as Mortal Kombat characters, and I wanted to be a Lego figure. I compromised, and made a 7′ tall Lego Raiden character. I wore it to a part where I met about 25 of her friends for the first time. I was so nervous, but I walked in, the … Read more 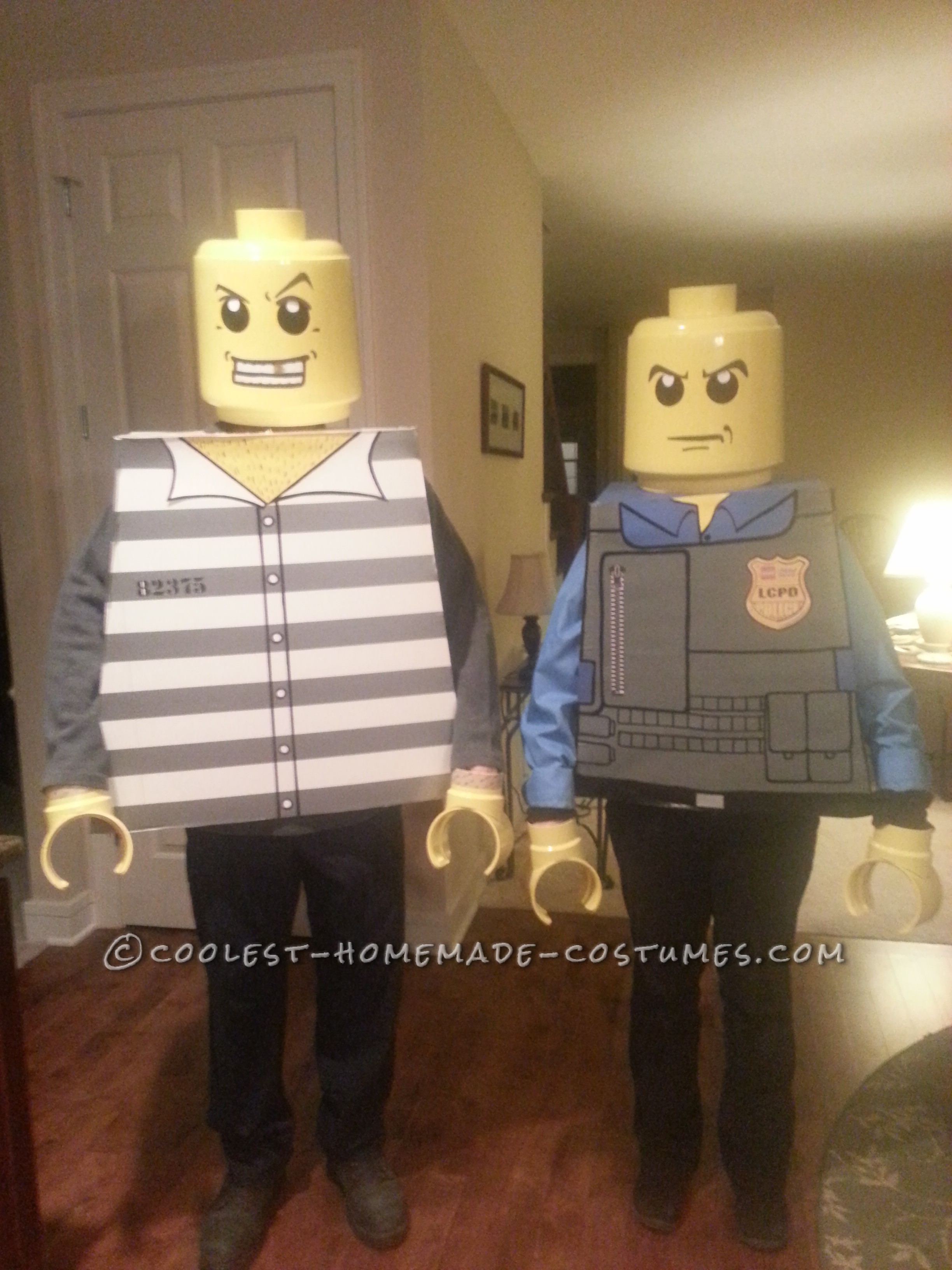 We go to an outdoor adult Halloween party every year, so dressing warmly is always at the base of our costume ideas.  We’ve won the costume contest at the party several times, so we always feel the pressure to create some amazing oufits!  Since our 8-year old son is addicted to LEGOs, it was an … Read more

I’m one of those dads who love to make costumes for my kids.  As soon as Halloween is over, I start dreaming up what my next project/costume will be.  My 4 kids are growing up and not all of them really want a costume anymore.  So when my daughter’s friend (a senior in high school) … Read more 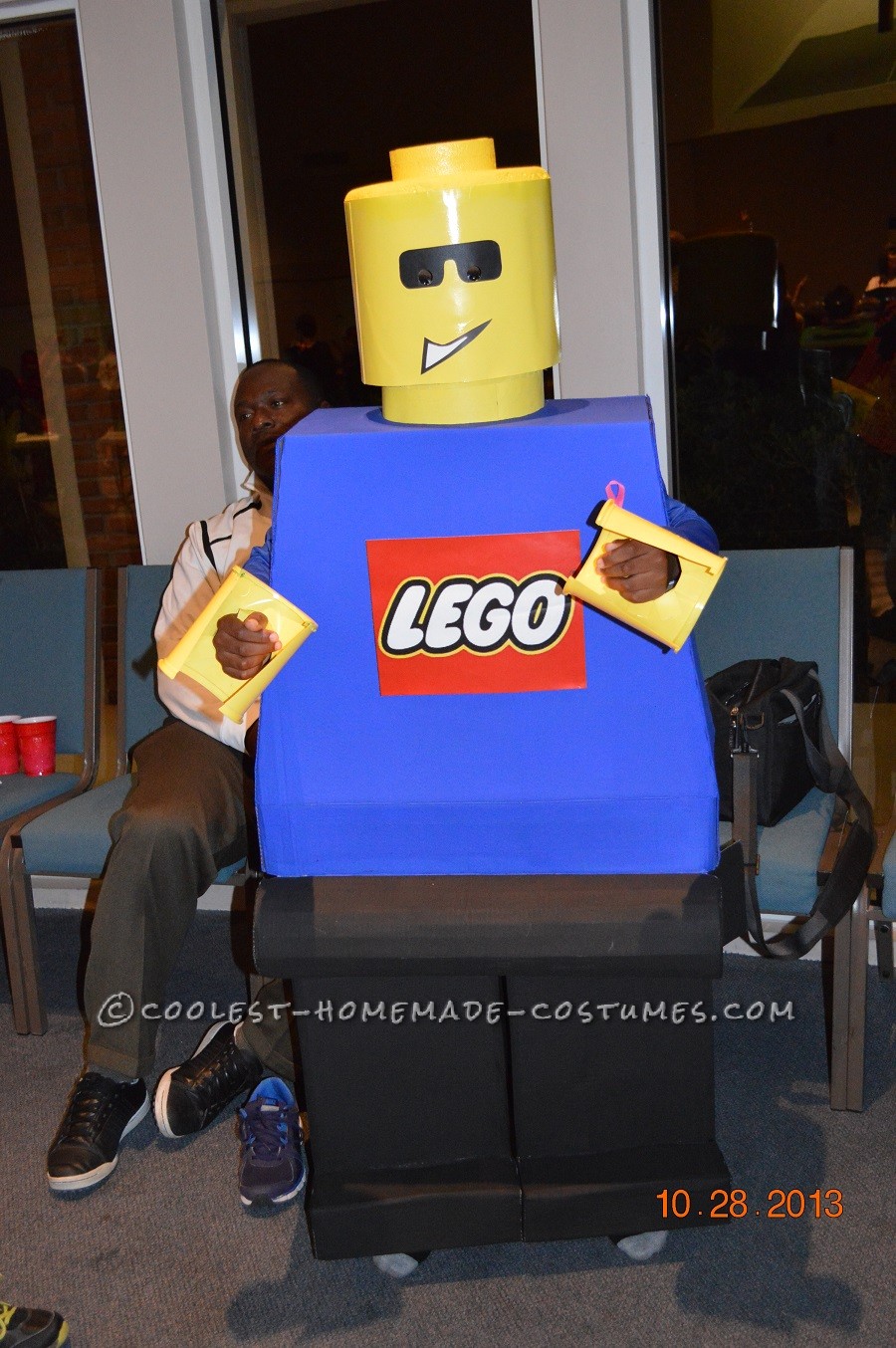 My 9 year old son, Jet, recently developed a love for Lego, and we were trying to come up with a costume that reflects his current interest (a goal every year).  He was considering between Iron Man (but he didn’t want to look like everyone else, and I didn’t want to spend $40.00), Nerf guy … Read more 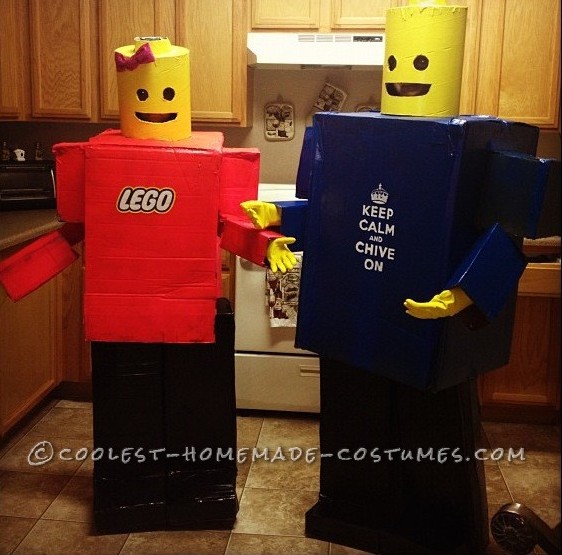 I originally got this idea just off the internet and obviously thought it would be far easier to make than it actually was. Most of our costumes were made using using old cardboard boxes that I got from Wal-mart and string. Using a huge cylinder I bought from home depot, I cut each one with … Read more 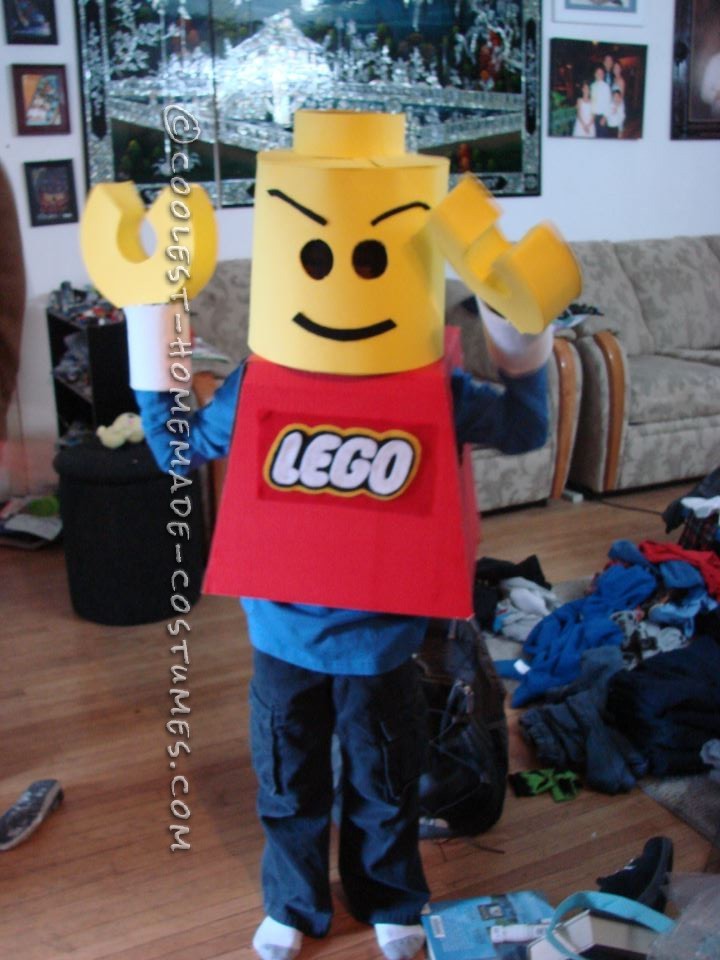 My 8-year son has been obsessed with Legos for the past 3-4 years.  So when I asked him what he wants to be for Halloween he said “A Lego Man”.  I went and Googled “how to make a Lego costume” and several helpful links came up.  Our costume is a combination of ideas that we … Read more 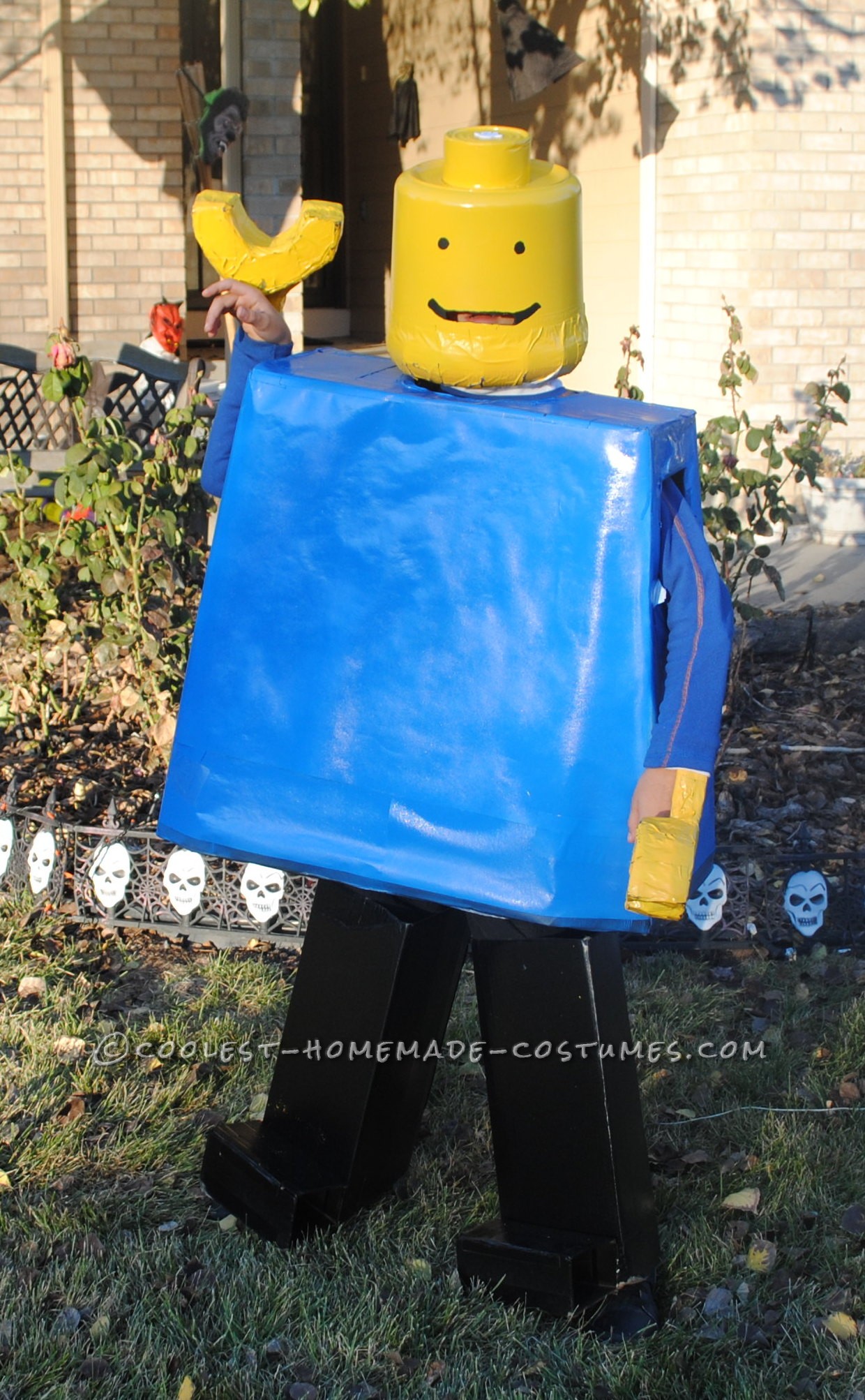 Cardboard Boxes, Yellow and Blue Spray Paint, Plastic Bucket from WalMart and Tuna Can is all you need for this Lego Boy Halloween costume. The hardest part of this costume was getting the head right with the plastic bucket.  I used Pringle cans to give the head a curved shape near the neck. Model spray paint … Read more 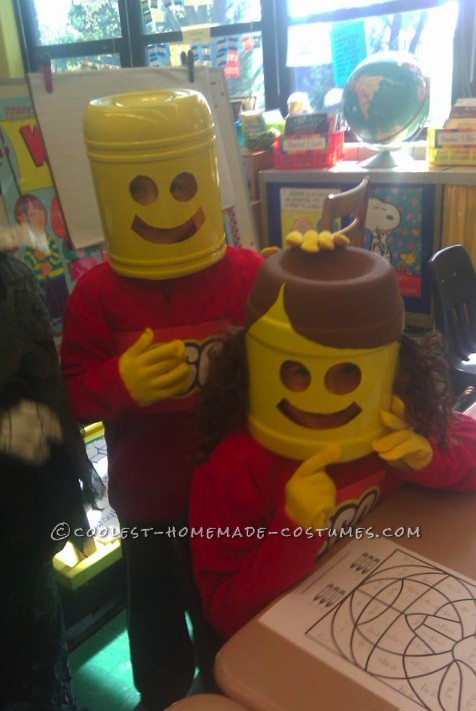 Every year we try to create a fun sibling costume. This year I wanted to hit it out of the park by doing something fun, unique and crafty. The kids had many ideas and finally we all landed on Lego people. In the end the Lego Munchkins Costumes were very economical and able to be used … Read more 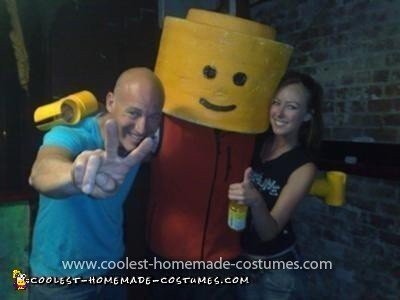 The adventures of Legoman originally started 3-4 years ago, when I decided to take my mother to one of Australia’s largest Bush Doofs. Taking over 2 weeks, the Homemade Legoman Costume was made out of Styrofoam and PVC piping. The reaction was so grand over the 4 day event, that he not only sparked a … Read more 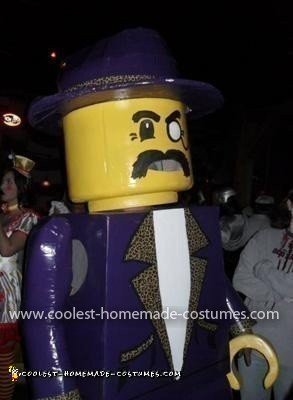 This is the Homemade Lego Man Halloween Costume I made. I sat and scaled out the measurements from an actual minifig. The whole thing is constructed from cardboard, foam, duct tape, and camping mats. You look through the mouth. The leopard print is duct tape. I looked through a boatload of paint schemes and picked … Read more 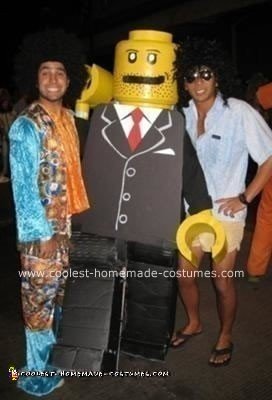 I was scourging the internet for some costume ideas and I came upon a couple of Lego minifigure costumes. I thought that they looked pretty good, but many of them didn’t look right. Some of the heads did not look right and a few were without legs. Now when I do something, I tend to … Read more 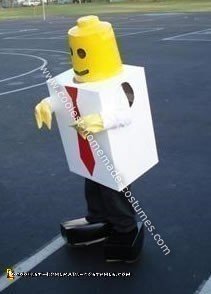 My 7 year old son LOVES Legos and wanted a Homemade Lego Man Costume for Halloween. However, I have to warn moms out there that this is not a practical trick or treating costume!! It’s hard to see in at night and impossible to keep up with your trick or treat buddies and be prepared … Read more