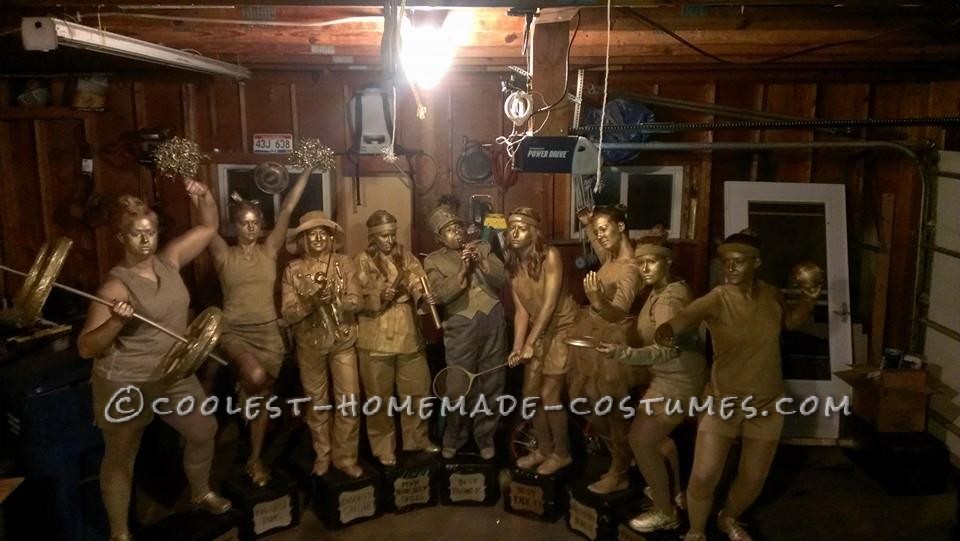 Last years costumes were a blast! I first had seen this trophy idea done with some high school students and fell in love with it! I knew this was what us girls had to do for Halloween. Our local small town has some pretty competitive Halloween costume contests and we had won the group costume with our Rockford Peaches costumes a few years ago and were set out to win this last year too. At first we thought it was a great idea and would be super cheap, until we realized how much gold spray paint it really took to cover a full outfit.

So we started out by choosing a different trophy topic, and then everyone had to set out and find their costume apparel. The bases are made from milk crates covered with black garbage bags and labeled with each person’s winning sign. Everyone spray painted their outfits ahead of time, (and we even had to do some last minute, costumes on the body touch up spraying). Night of Halloween we started painting with gold body paint our exposed skin, and discovered our friend who got gold makeup dust bought the best stuff ever! It was about a 4oz jar and it covered way better than the body paint, and it about covered each girl in the group.

In the group we had myself the bodybuilder, cheerleader, fisher woman, karate girl, band geek, tennis player, ballerina, ultimate Frisbee girl, and lastly the dodge baller. It was nice to have a variety of different subjects as each girl could decide how much they wanted to spend on clothes and props to paint. We also made the trophy plates funny like biggest catch for fishing gal, and best blower for the band geek.

After we got to the local bar that does one of the big contests, we prepped outside for a big entrance and as we each walked in one by one, we’d walk strategically through the bar and put down our stand and get up and freeze into position. We had tons of laughs, and ‘that is so awesome’ and just a great response from everyone downtown.

We had some stiff competition like we do every year, but we remained victorious and split our costume contest winnings into a round of shots. It was blast and I can’t wait for what we decide to do this year!

Oh and I about forgot, there was lots of gold all over the place!! It took days to all come out! 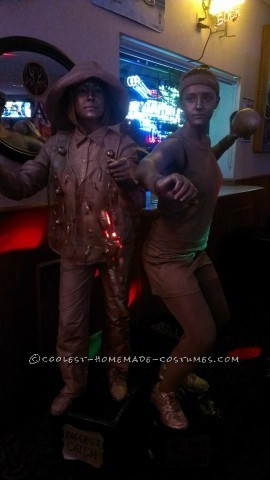 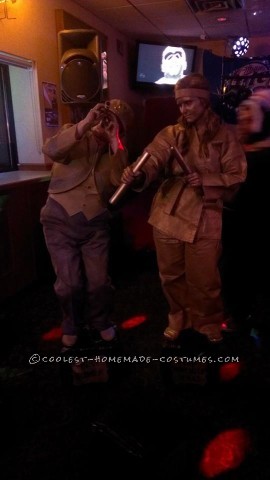 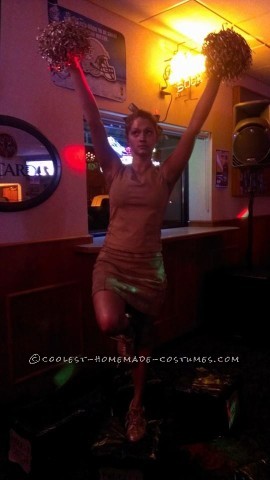 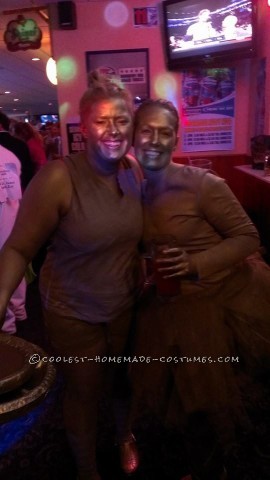 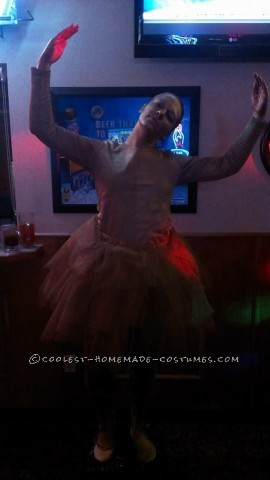 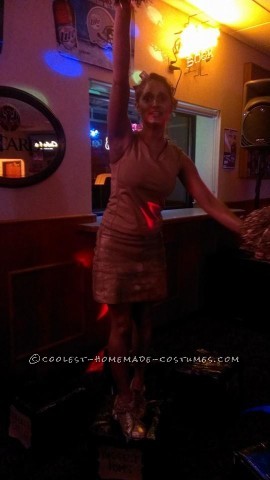