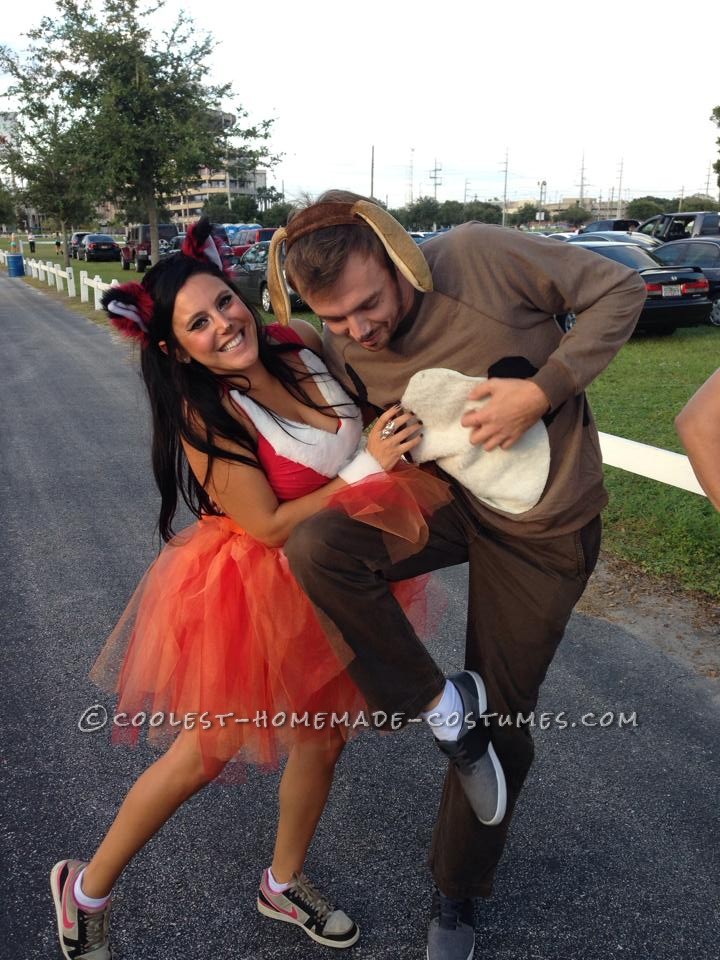 My fiance and I came up with the idea for the Fox and the Hound a few months before Halloween, but we weren’t really sure how to execute it cheaply without it looking too homemade…. We used clothes that we already had and then added all the extras to make these super cute costumes! For the fox, I made a tutu using ribbon and strips of tulle I got half off at a craft store. I just cut a fur V out and safety pinned it onto the dress (to not damage it) and around my wrists. The ears were store-bought b/c the ones I tried to make wouldn’t hold up….

For the hound, we cut out white fur in a circle and hot glued it to a t-shirt he already had. We cut different shapes out of some extra black fabric and layered them on top of each other until we got perfect hound patterns! We also had store bought ears for this costume too but we only spent about $15 to make both costumes!

We had SO much fun in these costumes, I was scratching his belly and he was shaking his leg all night.

Unfortunately, a ton of people thought that he was Wilfred and even more people thought I was trying to imitate the stupid “What Does the Fox Say” song…. which we were afraid would happen… but as soon as they saw us together or we explained it, we got basically the same reaction every time: Ohhhhhhh!!!! OMG THAT’S SO CUTE!!!! We also got a lot of:  “that’s stupid cute” and  “this is the most adorable costume I’ve ever seen. ”

The funniest part of all of this is that apparently he had never even seen the Fox and the Hound and didn’t understand that the hound is supposed to kill the fox in the end. He was devastated when I told him the whole story haha In his words: I thought it was just a bunch of scenes with them tumbling around and playing in creeks and doing other cute stuff… haha

We always make our own costumes and after the amazing reactions, we’re going to have to step it up next year!!

Thanks for checking out our costumes!! 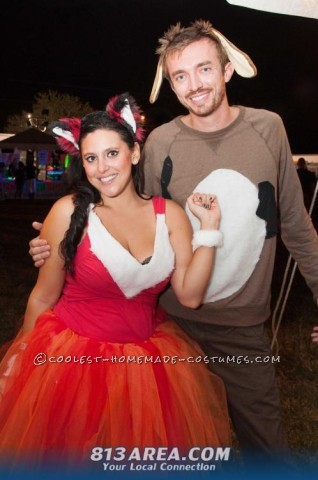 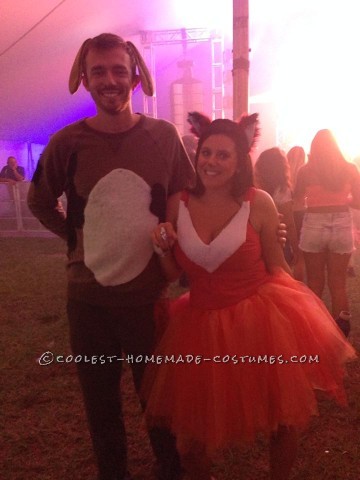 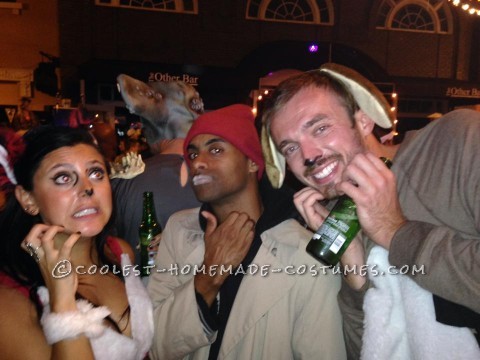 Creative Queen of the Woodland Creatures Costume for a Girl

2 thoughts on “Adorable Couples Costume: The Fox and the Hound”