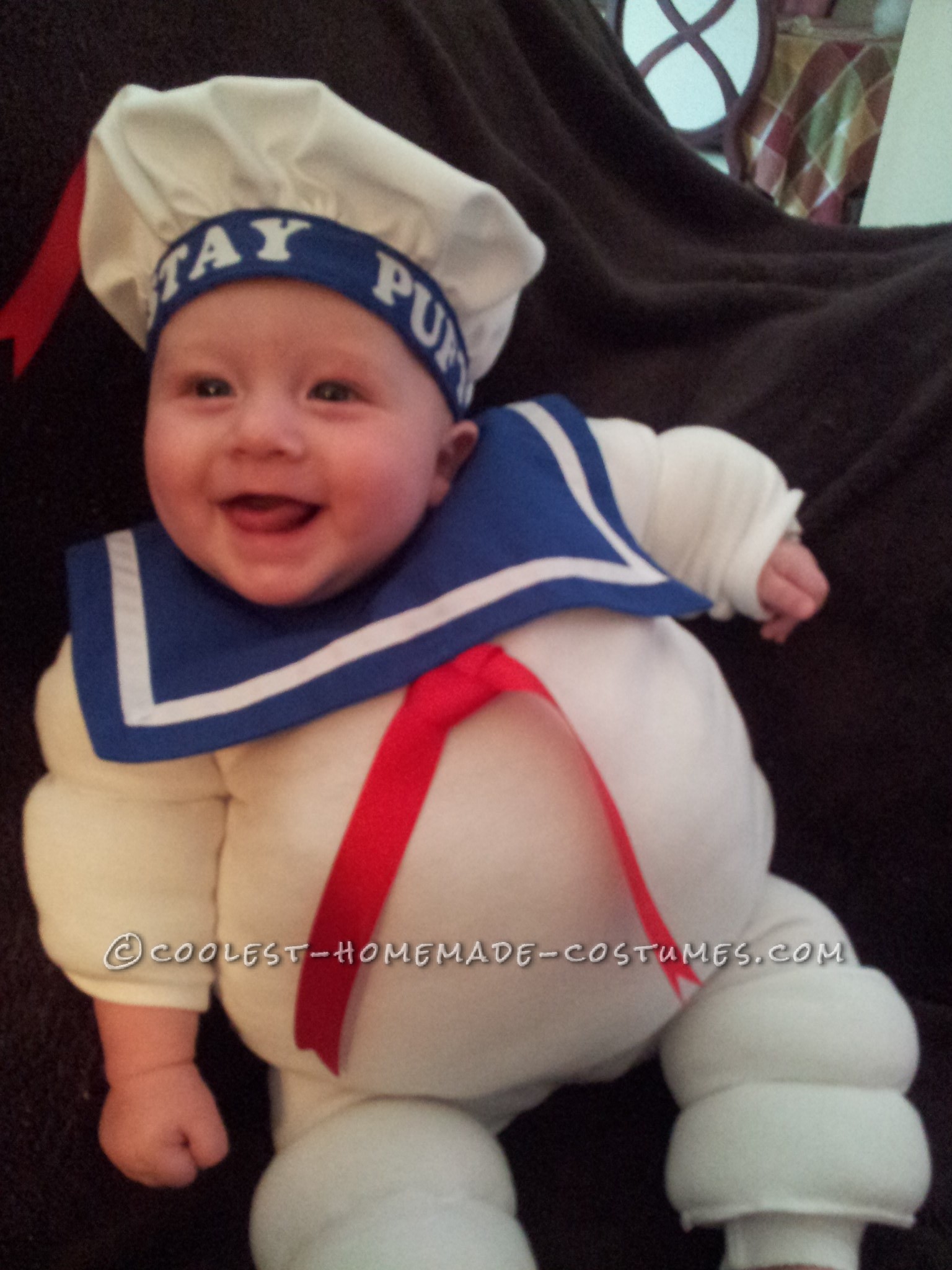 My daughter-ini-law suggested a Stay Puft Marshmallow Man from the Ghostbusters movie as my grandson’s costume.  I’ve made every one of my two son’s costumes over the years and now can follow up with costumes for my grandchildren.  It took me a week of thinking and planning to come up with a way to do this.  I bought a 12 mo. old white onesie and a 24 mo. old onesie (he’s currently wearing 9 mo. size).  I cut them off at the bottom right where the leg holes are.Also cut them straight down the back.  Then sewed them together at the back opening, the  shoulder seams and the entire bottom edge (including elastic on the bottom edge).  Also sewed the sleeve end.  Then I stuffed with fiberfill through the neck and sewed that up.  I ran velcro all down the back opening.  This way it slips on the baby without having to go over his head.  I did a little hand basting half way down the arms to “puff” them.  He wore white leggings and socks and I made separate stuffed squares that wrapped around the legs with velcro.  The blue collar is a separate piece and so is the hat (made similar to a chef’s hat), also with a velcro close on the band and the letters were the iron-on type.  After I tried it on him I actually had to remove a little stuffing around the neck because he’s a chubby little guy and had so much of his own “stuffing” that there didn’t need to be very much in the costume.  He didn’t mind wearing it and even went to a kid’s costume party in it.  I’m very pleased with how it turned out.  Go ahead, try it for yourself.

I also submitted it to the Ellen Degeneres website because she was asking for pics of babies in their costumes. Somehow it was featured on her page and also made the Yahoo home page. 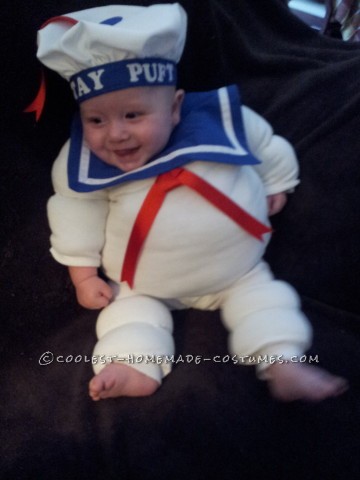