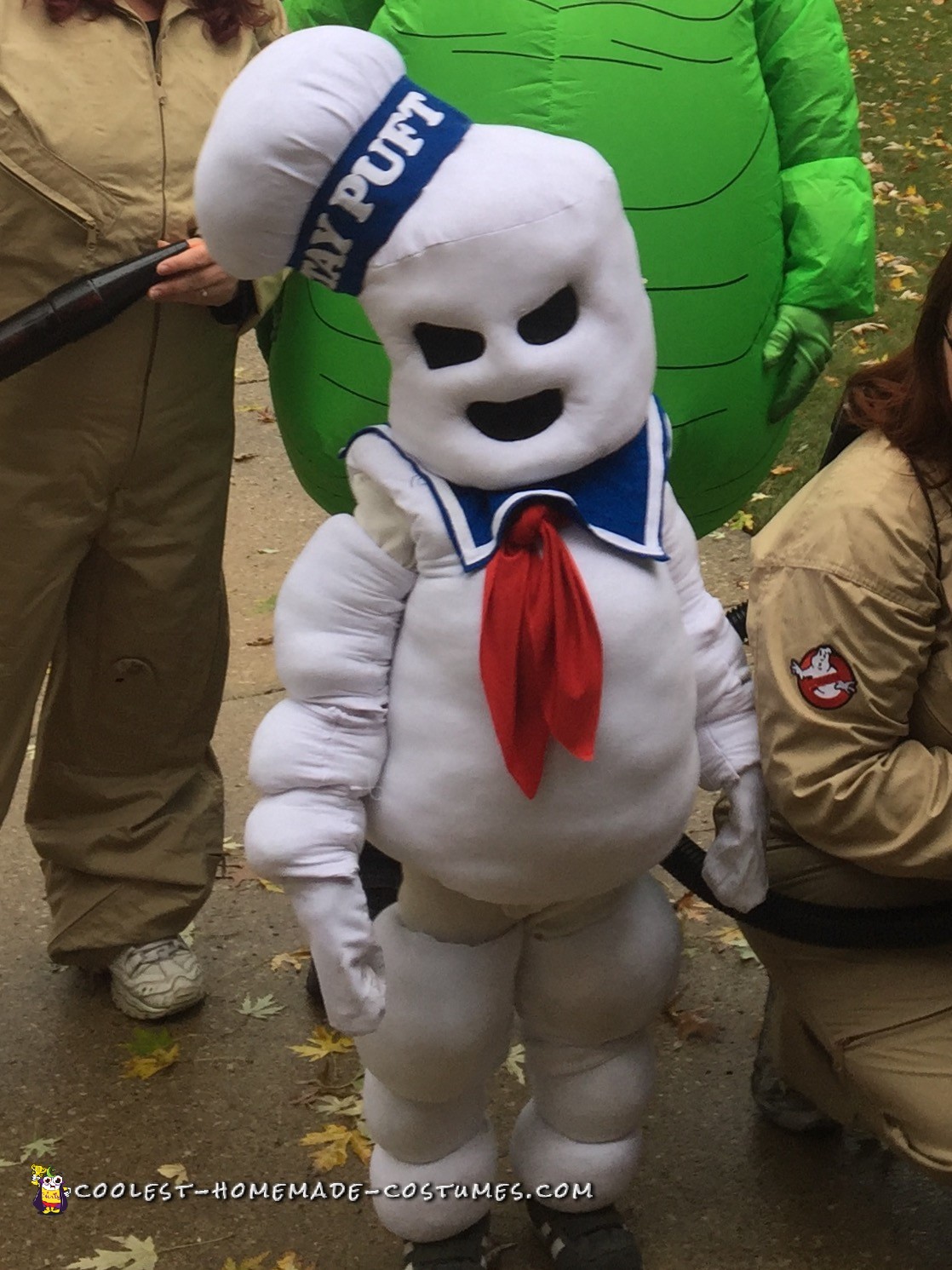 I was more than delighted when my four year old asked me in spring if he could be the Stay Puft Marshmallow Man for Halloween. Immediately after his first time watching, he knew he needed to be that monster. As summer went on, his choice never waivered and his plan grew. He came up with alternate plans for how the Stay Puft could have been stopped. He told stories of why the Marshmallow was so angry. Two of his theories were that he was just too hungry and needed a smore, or that he didn’t have anyone to teach him to make good choices. My son tried to get everyone he saw to watch the movie with him.

As Halloween grew closer, I set in on turning my son into the Stay Puft (mini) Marshmallow Man. The task was complex, but came together quite smoothly. Maddox played a strong role in creating the costume. He chose specific details of the costumes appearance, including the requirement for it to be angry, cover his entire person, and the color choices in the accessories. My son was definitely aiming towards accuracy. He said “I need to transform into the marshmallow man on Halloween so I can scare all the people of the city.” I was really impressed with his commitment to character.

I used fabric in white, red, black jersey, and blue. The stuffing was fiber fill, and the form for the head was foam squares from a sewing store. There was glue, thread, and iron on letters. I created the arm and leg rolls based on a sort of water wing shape, each roll is individual and can be put on or taken off separately. The torso piece was also a hand made design made like two tank tops of white stretch material, sewn in a fashion that I could stuff in between and have it be put on like a shirt.

The red scarf was just red stretch material cut to pointed ends and tied. The blue bib was comprised of blue fabric cut like a squared bib, edges rolled under and glued, and the border was glued on as well. His mittens were simply a sock shape cut and sewn from the same white fabric as the body and arm and leg rolls.

The head piece of the costume started as foam squares cut to fit my sons head and glued in a cylindrical shape. I put a round layer of the foam into the top of the cylinder for stability. Then I cut the angry eyes and smile into the face. I made a cover for the head from the white fabric, slipped it on, lightly stuffed it for a more marshmallow shape, and cut space for the eyes and mouth and glued the edges down to the foam base to keep everything where it needed to be and to keep from fraying or tearing.

Lastly I took black mesh and glued it in to fit the eye and mouth shapes to increase on the required scary factor for my son. The hat of the marshmallow man was seen and stuffed and iron on letters applied spelling “Stay Puft”. I then finished by gluing the whole hat to the head. I added anchors of Velcro to the inside of the head and torso piece to keep it in place while my son was wearing it.

It was fantastic seeing everyone’s response. He wore the costume for both his Ghostbusters themed Halloween party and trick or treating. People’s reactions ranged from high fives, to singing the Ghostbusters theme, and asking to take pictures with him or of him. He even had a few ask to put the pictures in community web pages or news flyers. He was truly famous.

One of the coolest things was how many people recognized his character from young to old so many immediately knew who the monster coming towards them was, and everyone was excited by it. My son the Stay Puft (mini) Marshmallow Man definitely has a solid hold on how to do Halloween right.

For his massive success at having fun, getting into character, choosing something classic and impressive, and doing it with authenticity, I believe he is a true winner this Halloween. 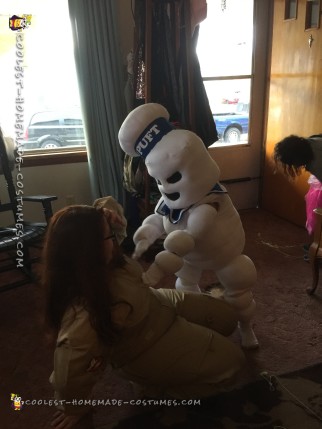