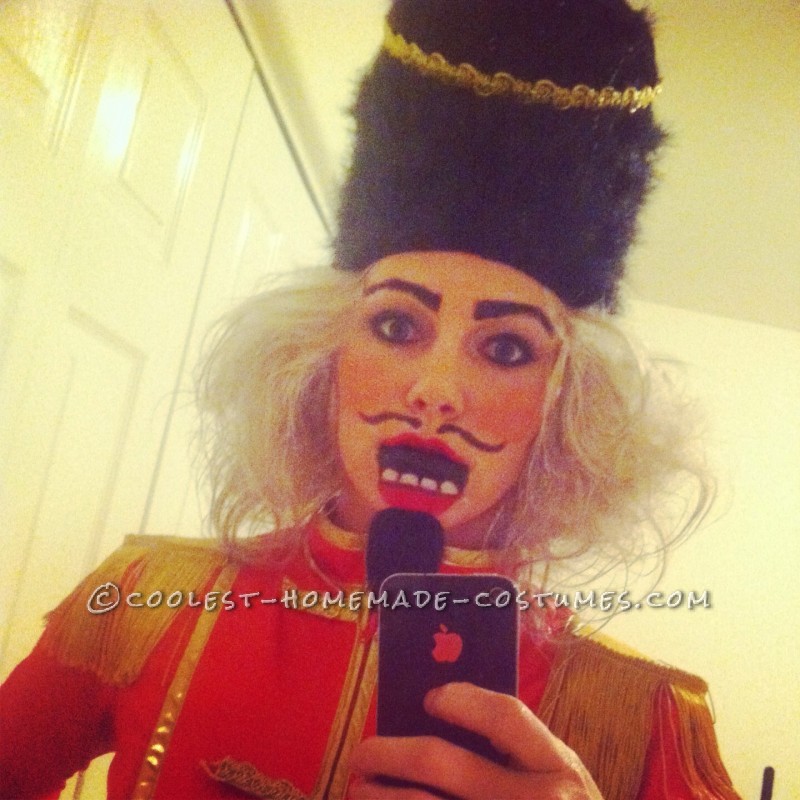 I should start off by saying that my boyfriend did not like the idea of me being a nutcracker when I pitched it to him at first, he is always very supportive of the crazy costumes I come up with but just thought this one was weird… BUT once he saw me all put together on the night of Halloween he took back every negative comment he had said and bought me drinks all night because he felt bad for doubting my creativity. I came up with this costumes when looking through my box of old costumes. I like to reuse items from previous years so when I found the red and gold jacket from a Captain Hook costumes a few years ago I knew it would be perfect for a nutcracker costume if I added a few accents. I made little gold tassel shoulder pieces and gold accents for the front of the jacket. I bought this gross black fur fabric and used poster board and a lot of hot glue to construct the hat, added a few gold accents to make it look more like a nutcracker hat. The white pants and black boots I already owned so the last thing I had to figure out was how I was going to do my make-up. I found a picture on google of a guy that had done really creepy nutcracker make-up so I decided to do my best at recreating that. I am by no means a make-up artist so this was by far the hardest and most intimidating part of my costume. I used black, red, and white costume paint. I painted my top lip red and the bottom black and then drew white teeth on my chin and a new red bottom lip so it looked like my mouth was open all the time. I finished it off with a little black goatee at the bottom of my chin. I then teased my hair and sprayed it white, which was a blast to brush out the next day! Overall this turned out to be one of my favorite costumes so far and was a hit at every party I went to. I even placed 3rd in a costume contest at my work (there is over 300 employees) so this was a big deal to me!! Hardest thing about my costume was keeping a straight face all night so people could see the full effect of the face paint! I kept laughing and then I looked really crazy because I had 3 rows of teeth haha 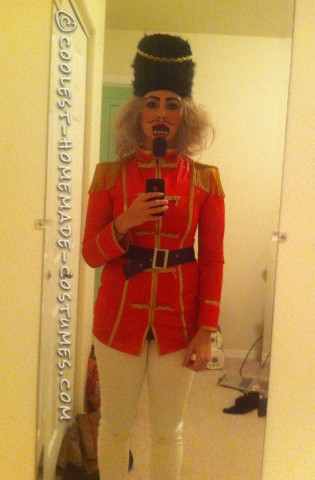 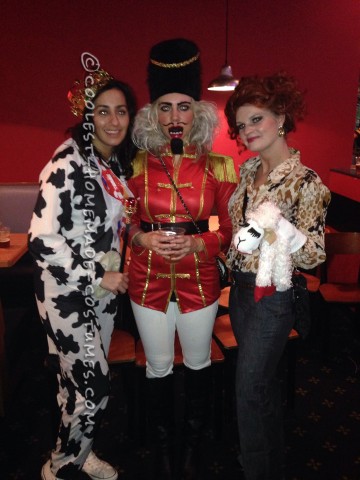