I noticed there were no costumes from Wreck-It Ralph posted on here, so I thought I’d be the first to submit my costume. I dressed up as Vanellope VonSchweetz aka The Glitch.

It started out with a wig and Vanellope tights I found on eBay. They had cost a fortune, but they were worth it. The hardest part was getting a hoodie that was the same color as Vanellope’s. I tried to lighten the color with Rit, but it was not going to work. I didn’t have the patience to dye a white hoodie to the color of Vanellope’s hoodie in the movie. So I then found a hoodie that was nearly the same color, albeit a bit darker. I glued some felt for the stitches on the pockets.

For the wig, I glued a bunch of buttons all over, including some white ones I decided to make into “peppermint twists”. I nearly put the buttons on barrettes, but I felt they would fall off. So they were just directly glued onto the wig via hot glue guns. The “licorice tie” in Vanellope’s hair was finger knitted by me with some bulky yarn lying around the house.

To top things off, I wore a black skirt over the “candy cane” tights I wore. Vanellope wouldn’t be Vanellope without it. And I wore some black shoes (not pictured). 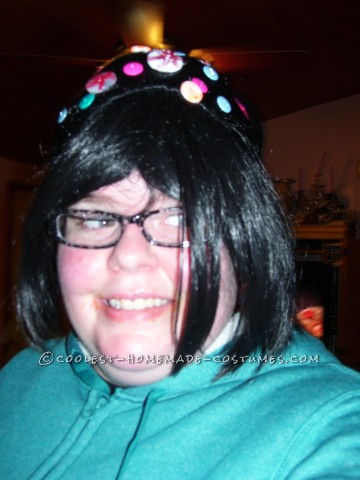 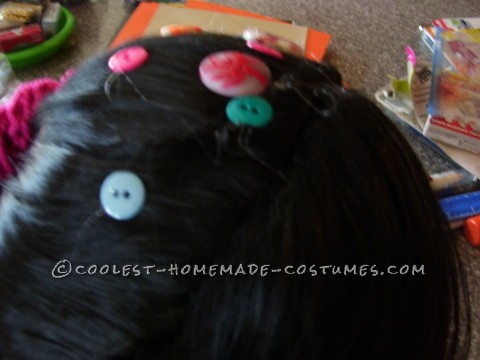 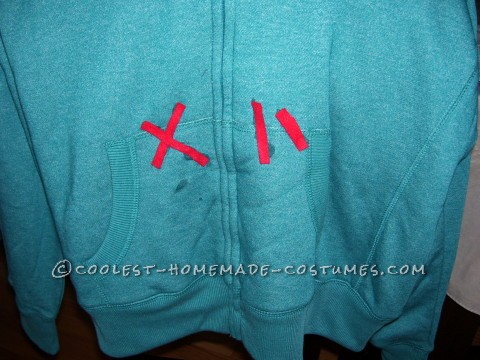 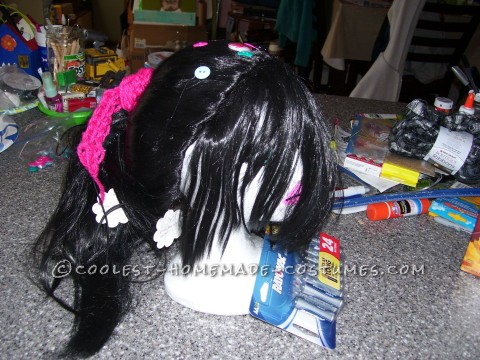