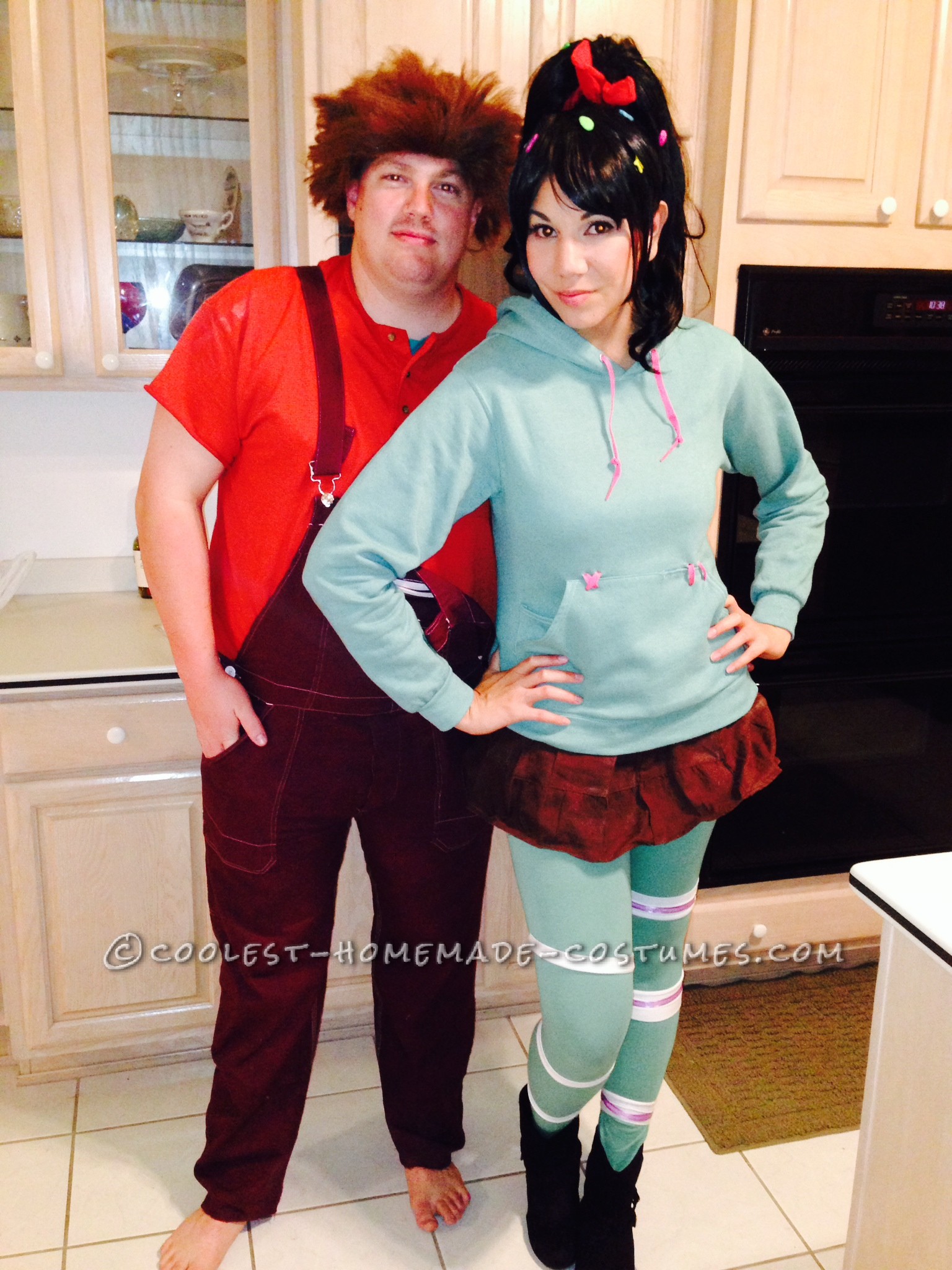 I absolutely love Disney, and once Wreck-It Ralph came out I knew I wanted to be Vanellope. My boyfriend pretty much goes along with my ideas so he agreed to Ralph. :]  I also like to be original and I was glad that there were not any Ralph costumes available in the Halloween stores.

Not everybody knew who we were, since it’s an animated movie, but most people recognized him as Ralph from the previews. If they hadn’t seen the movie they had no idea who I was. Once I showed them a picture of Vanellope, they really liked our costumes and asked how we made them.

Since I’m a teacher, I did a test run of my candy hair on Crazy Hair Day at school. All the kids recognized the hair (even without the rest of the costume) and some kids we’re calling me “the glitch”, (her nickname) and asked if they could eat my candy, so my hair was a big hit at school!

His costume was less time-consuming but tricky to find.

Overalls under 50 bucks are pretty much nonexistent  and I refused to spend that much just for one night.  We got painters overalls from Harbor Freight and dyed them to the right color.

The orange and green shirts were both found at Good Will. We cut the sleeves and pants to match Ralph’s.

We had to get a wig which was another hard find. I ended up buying a caveman wig on Amazon and just cut and styled to match.

Hair: I bought black bangs off amazon and a black ponytail from Sally’s. I used the spray color for just the base of my head and tucked the rest of my long hair into the fake pony.

Candy pieces: I molded clay from Michaels to make the fake candy, painted them and attached bobby pins. The twizzlers hair tie is made with pipe cleaners inside a red sleeve.

Sweater: the sweater and leggings were a pain because the first time I dyed them, they were too green and I had to dye them two more times to get more of the teal color. I used pink shoelaces for the stitching and ties.

Skirt: I found a super cheap ugly peasant skirt at Good Will and my friend helped me sew and fix it to match her peanut butter cup skirt.

Leggings: I added white stretchy fabric with purple ribbon for the double stripes. 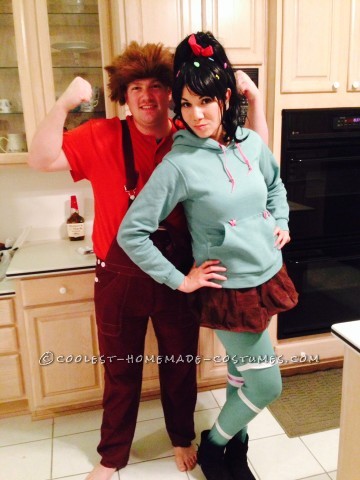 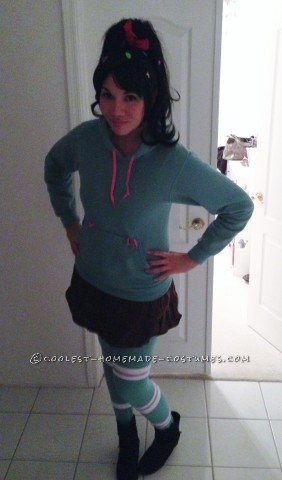