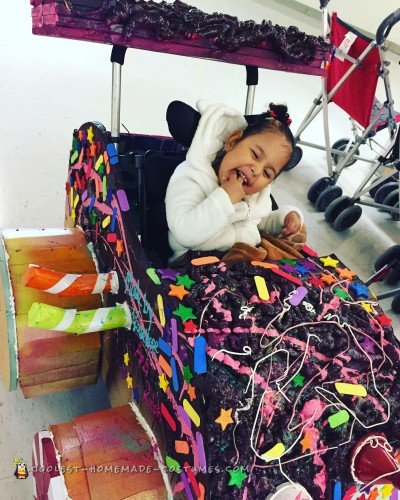 My 3 year old daughter, Abby, is wearing this Vanellope von Schweetz wheelchair costume. Abby uses a wheelchair/adaptive stroller to get around. And it tends to attract not so great attention to us both on a daily basis. Abby was born very prematurely, I was only 23 weeks pregnant. She’s had 27 surgeries 21 of … Read more 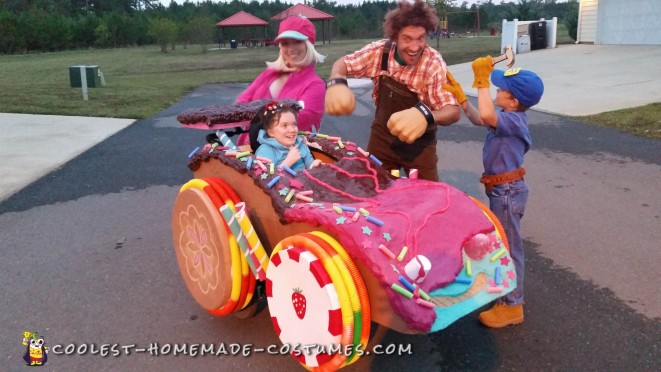 Our daughter Ana was born with Rett Syndrome and is in a wheelchair. When we started planning our costumes we wanted to make something for her wheelchair that would make her feel like everybody else trick or treating.  I wanted people to notice her for her costume and not her wheelchair and disability. When I … Read more 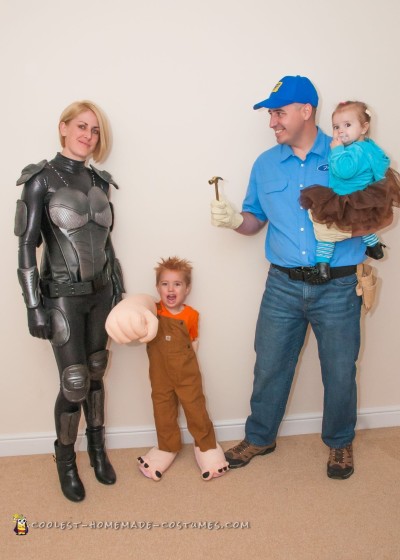 My 3 year old son had to be Ralph this year, but we couldn’t find a child’s costume for him. So, we decided to make it a family theme and went nuts with it. I spent hours online finding all of the pieces for each costume. There was minimal work required for Ralph (cut/frayed the ends off … Read more 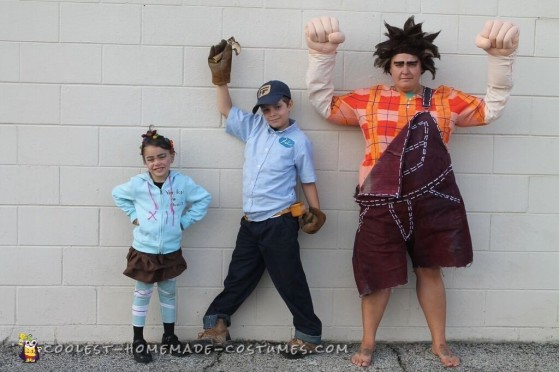 We are Fix it Felix JR, Vanellope Von Schweets and Wreck it Ralph. We are also Jennifer, Daxx and Annika. We love dressing up together every year, this year it was mommys turn to pick, why I chose a nine foot tall man with giant hands who lives in a dump is beyond me! Never the … Read more 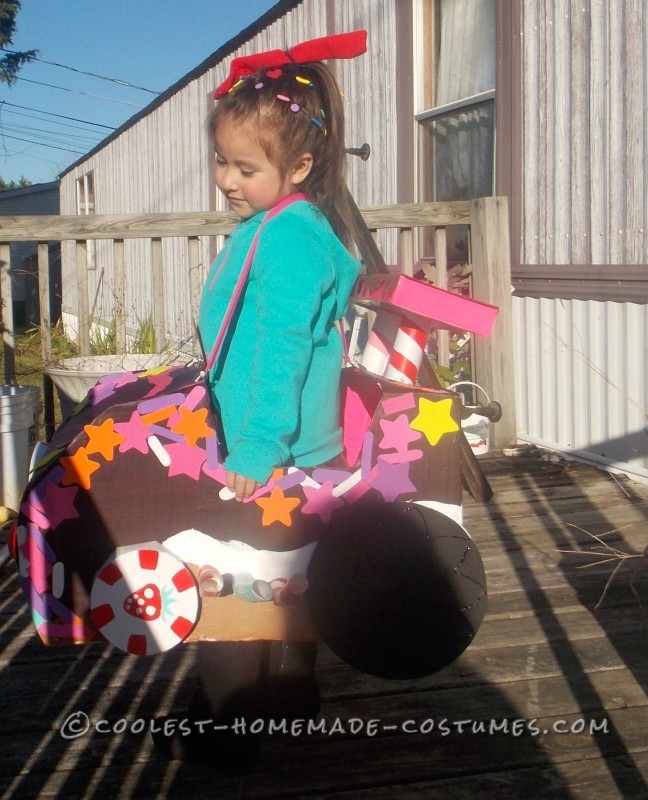 For my first DIY Halloween costume for my four year old was this Vanellope costume from the movie Wreck it Ralph. We watched the movie for the first time early in October, and she immediately fell in love with the idea of a Vanellope von Schweetz costumes, problem was there wasn’t any pre-made costumes available. … Read more 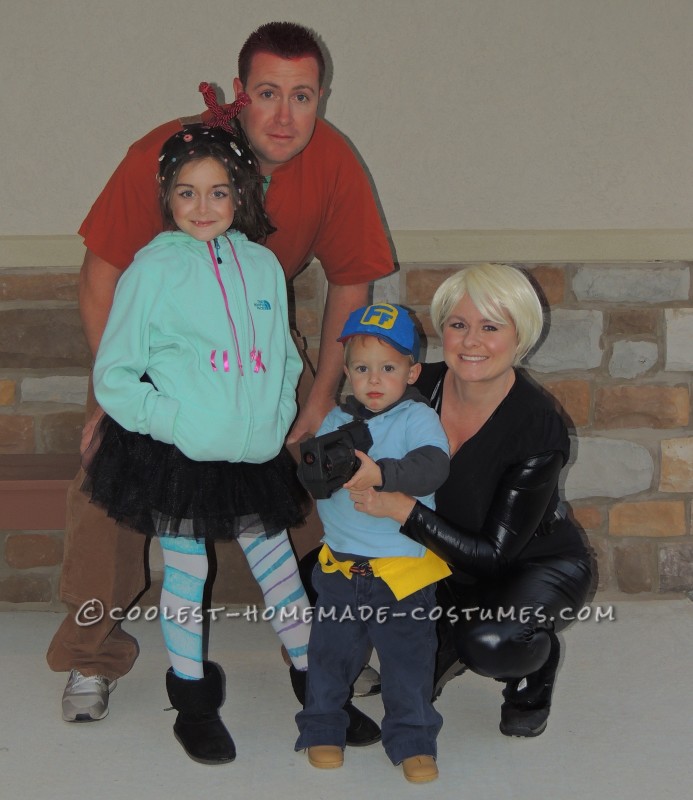 We co-parent my husband’s daughter with his ex girlfriend, so we swap Halloween every other year. The years we get her, she decides what she wants to be and we choose our costumes based on her decision. This year she chose Vanellope Von Shweetz from Wreck it Ralph. Her daddy was Wreck it Ralph, her little … Read more 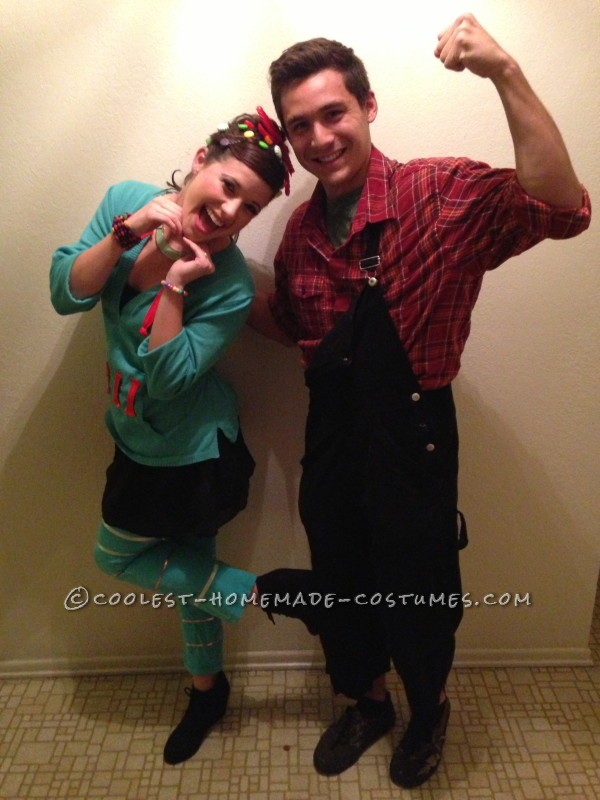 My boyfriend and I absolutely love the movie, Wreck-It Ralph, so we decided to be Ralph and Vanellope Von Schweetz couple costume for Halloween this year. Looking at cosplay for inspiration, it seemed easy enough to thrift and DIY everything we needed. All of the clothes pictured we got at thrift stores (Savers, Goodwill, etc.) … Read more 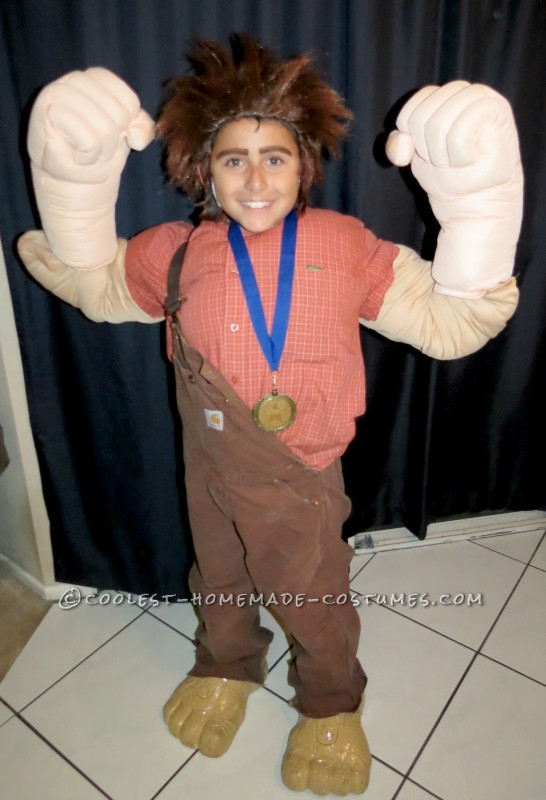 I made this homemade Wreck it Ralph costume for my Son this year. We loved the movie and were inspired to do the costume. I make his costume every year so I knew this would be fun. For the costume, I bought overalls, then dyed them a darker brown. I found the orange plaid shirt at a … Read more 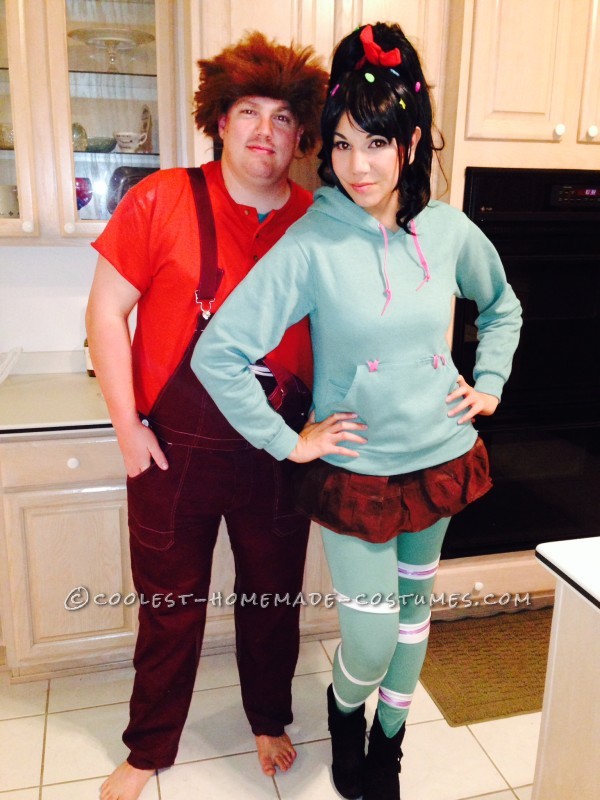 I absolutely love Disney, and once Wreck-It Ralph came out I knew I wanted to be Vanellope. My boyfriend pretty much goes along with my ideas so he agreed to Ralph. :]  I also like to be original and I was glad that there were not any Ralph costumes available in the Halloween stores. Not … Read more 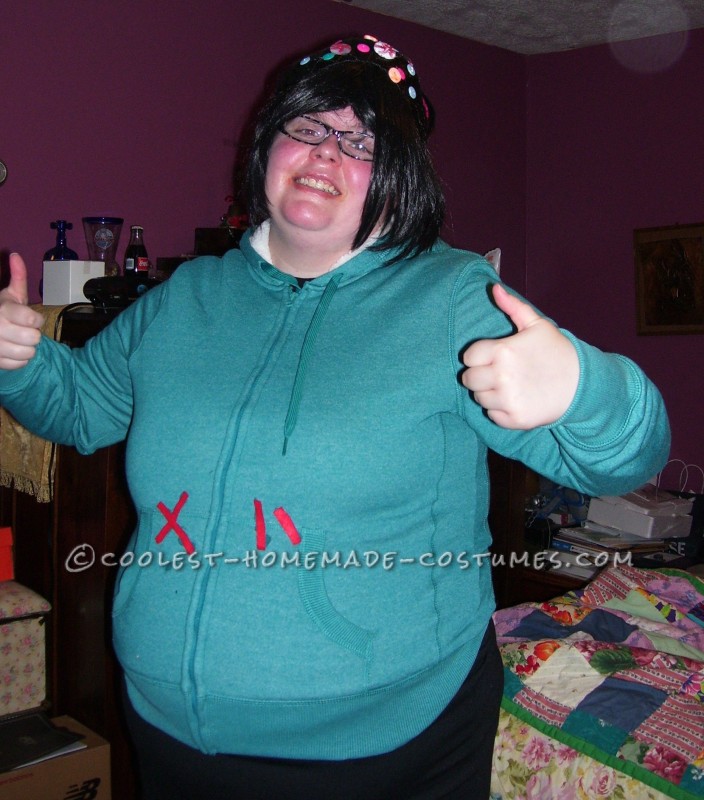 I noticed there were no costumes from Wreck-It Ralph posted on here, so I thought I’d be the first to submit my costume. I dressed up as Vanellope VonSchweetz aka The Glitch. It started out with a wig and Vanellope tights I found on eBay. They had cost a fortune, but they were worth it. … Read more